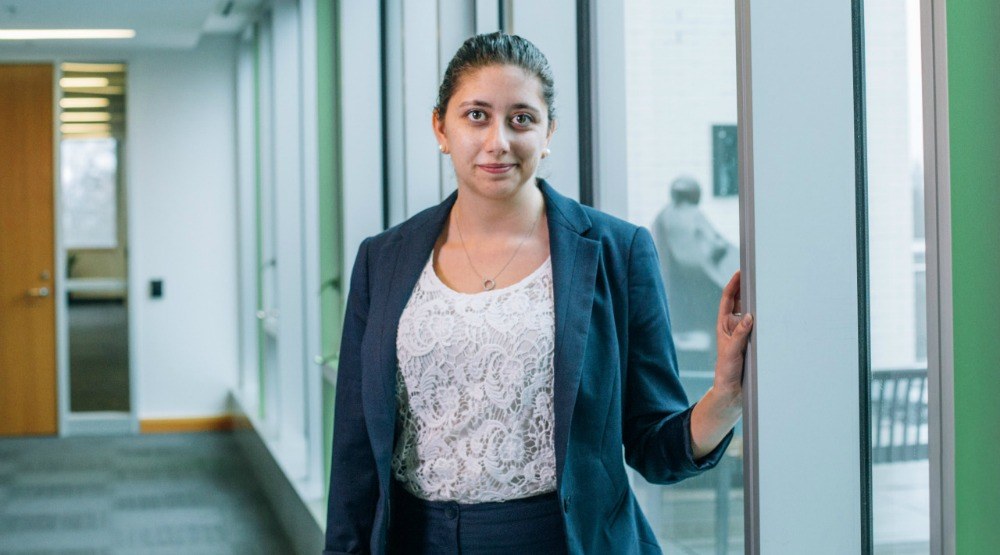 Lisa Sukkau is passionate about the subject of wrongful convictions.

The UBC law student has been hooked on law since her father brought her to a murder trial in high school. But it’s not just law that inspires Sukkau, it’s justice – especially justice for the wrongfully convicted.

Sukkau is part of UBC’s Innocence Project, a program that reviews the cases of people who claim to have been wrongfully convicted.

In the time between classes, readings, and tests, Sukkau sifts through heaps of legal files to uncover the truth of court dealings and convictions. She talks to clients about their side of the story, delves into any outstanding evidence that can build a new case, and looks at how the law has changed since the client’s conviction.

It’s a lot of work, but it gives her purpose.

“It’s really hard to do your readings sometimes, when you know someone is sitting in prison every day because of an injustice or potential injustice,” Sukkau says in an interview for On Purpose.

“So the work I do for the Innocence Project really connects with me a lot deeper than any sort of class ever could.”

There are a lot of reasons why someone might be wrongfully convicted, as many of us know from shows like Making a Murderer. But the cause of wrongful conviction isn’t always in the case – sometimes it’s because of root causes like poverty, stigma, and deficiencies in the system.

Even when science or law changes over time, the people convicted under them remain in prison. When someone gives a false confession, believing that the legal system will bring the truth to light, the jury might not believe them.

It’s a convoluted issue, but one that Sukkau and others like her are willing to take on.

To help make that change happen, they need funding. There are many students in universities across Canada working every day to bring wrongful convictions to an end, but until there is enough money to turn the wheels, to convictions might keep happening.

If you want to help out you can make a donation to UBC, indicating you want the money to go to the Innocence Project through Chimp, a local charity platform.

When you sign up for an account during Chimp’s Give On campaign, you’ll get $10 to donate to the charity of your choice, helping projects like the Innocence Project continue their work.

Daily Hive is a proud media sponsor of Give On.