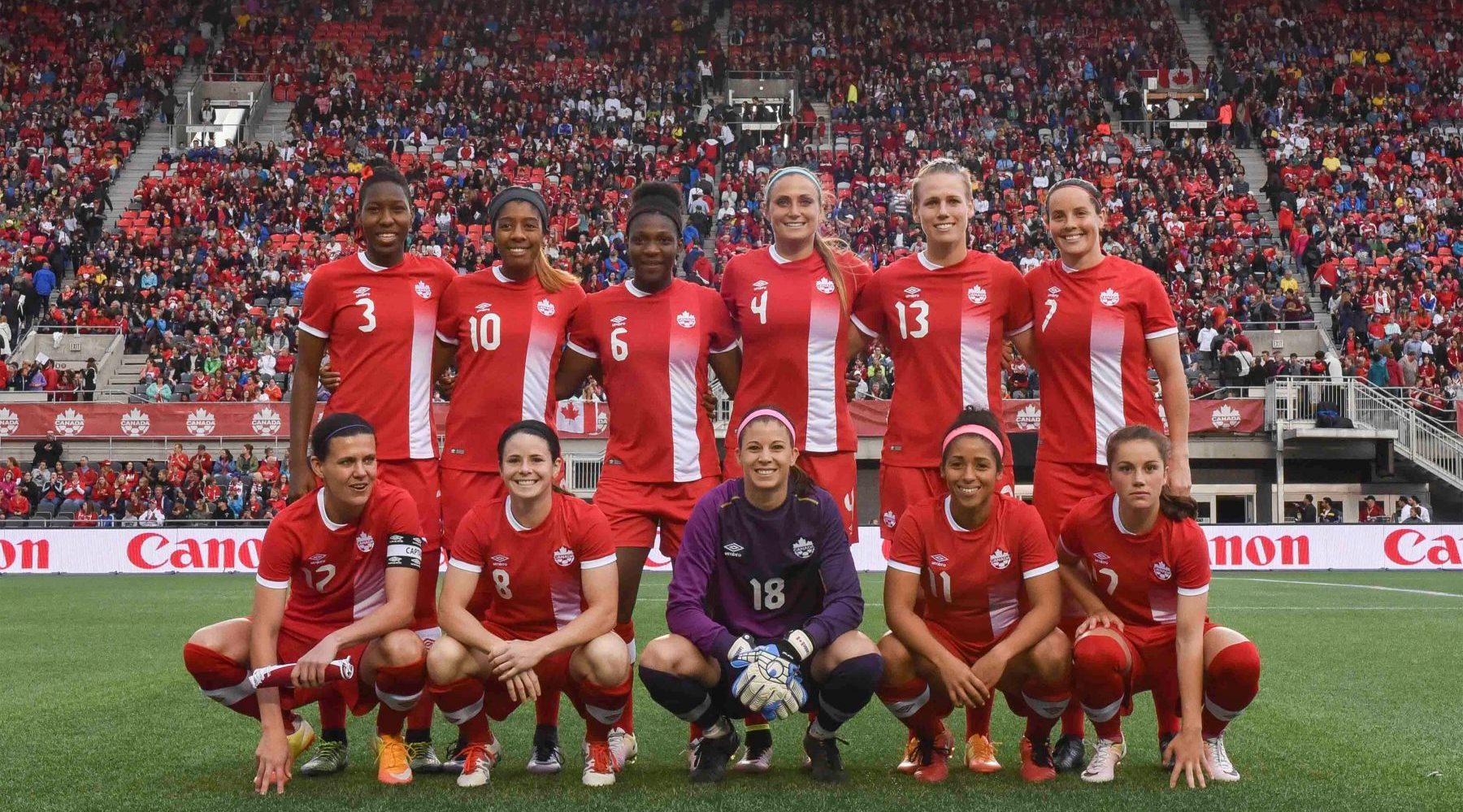 Canada has chosen the 18 players that will represent their country at the Olympic Soccer Tournament in Rio in August.

Bronze medal winners four years ago in London, Canada will once again be looking to medal in 2016. Canada is in a tough group with Australia, Zimbabwe, and Germany. Eight countries from the 12-team tournament will advance to the quarterfinal stage.

“We will have to be at our best in every match to progress through this Olympic tournament,” said head coach John Herdman through a media release. “It will be about producing personal bests, and I believe that the combination of the young players that we’ve brought into the team and the culture that’s been created by the veterans, will give us a chance to really have a push in Rio.”

“I’m excited,” said Canada’s captain and best player, Christine Sinclair. “This will be my third Olympics and it is an honour every single time. The young players coming into this Olympic squad have brought an energy and passion to our team and they have risen the bar. I am excited to do whatever I can to help take this team to the podium.”

For Sinclair – now 33-years-old – this is likely her last Olympics, certainly as Canada’s top player. For Canada to medal, she’ll need more support than she has had in years past. There’s hope for that though, as an influx of youth to the team is promising.

Sinclair, Diana Matheson, Sophie Schmidt, Desiree Scott, Melissa Tancredi, and Rhian Wilkinson are the only returnees from the team that won bronze in London. This is very much a new team, with 12 of Canada’s 18 players playing in their first Olympics.