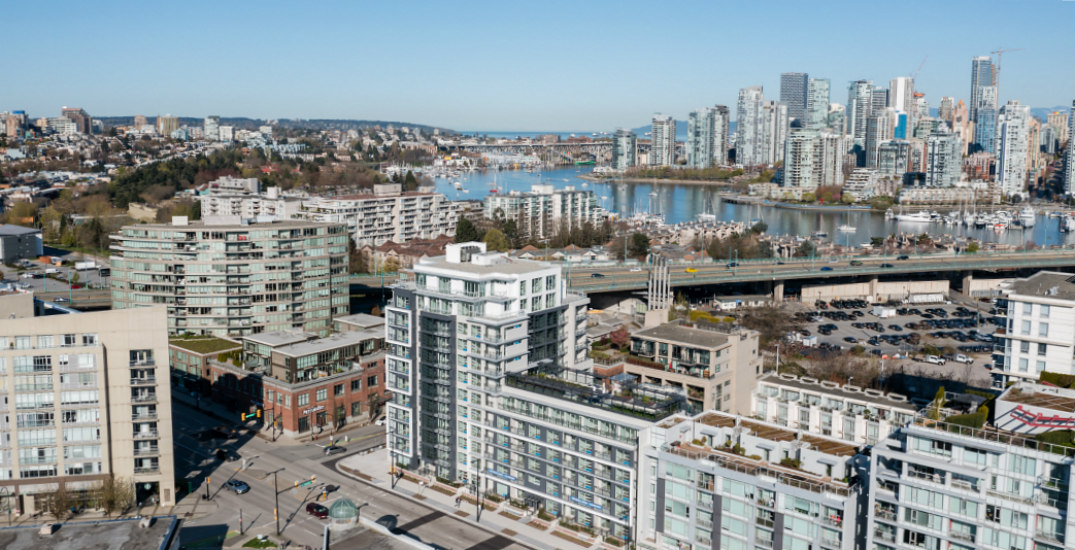 A decade has passed since the 2010 Vancouver Winter Olympics, and the once-athlete-filled Olympic Village is now a community populated with families and young professionals.

Beyond transforming Olympic accommodation into residential housing following the historic event, local interest in the area eventually expanded, with rental buildings and numerous dining options establishing in the neighbourhood over the years.

W2 Living, one of the area’s newest purpose-built rental properties, was completed earlier this year. Its prime location and interconnected community provide a platform for young professionals to build their careers while still enjoying all that Vancouver has to offer. Located at 1988 Wylie Street (aka the crossroads of Olympic Village and Mount Pleasant) the building is creating a new standard for rental living with a contemporary approach to urban living.

Viewings are now available for studios, one-, two-, and three-bedroom homes, plus penthouse suites at the 138-unit W2 Living rental building. Given the timing, we’ve created a guide to Olympic Village for those considering the neighbourhood as the next place to put down roots in Vancouver. 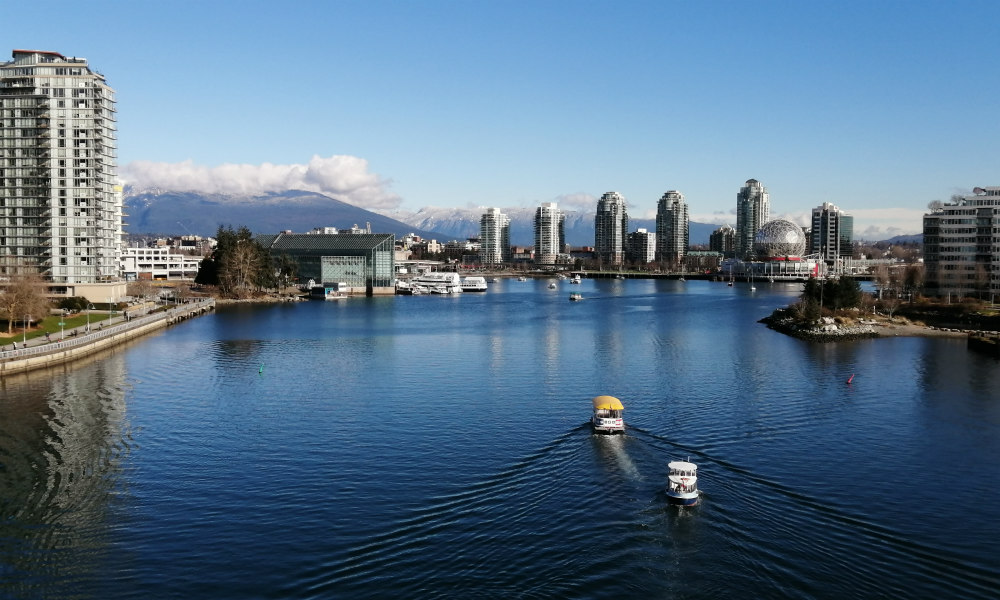 Location is easily one of the most appealing factors to living in Olympic Village. While the highly walkable neighbourhood is located close to the downtown core, it has a distinct community vibe. For those working in the city, it takes just 12 minutes to get to central Vancouver on the Canada Line, inclusive of the four-minute walk from W2 Living to Olympic Village Station.

The area is serviced by the 017 bus route, and for those who prefer to cycle, there are plenty of bike routes accessible via West 1st Avenue. By car, there’s direct access to Cambie Street and West 2nd Avenue, but there’s also another more scenic way to get around: using water transport via the Aquabus — a nine-minute walk from Wylie Street. 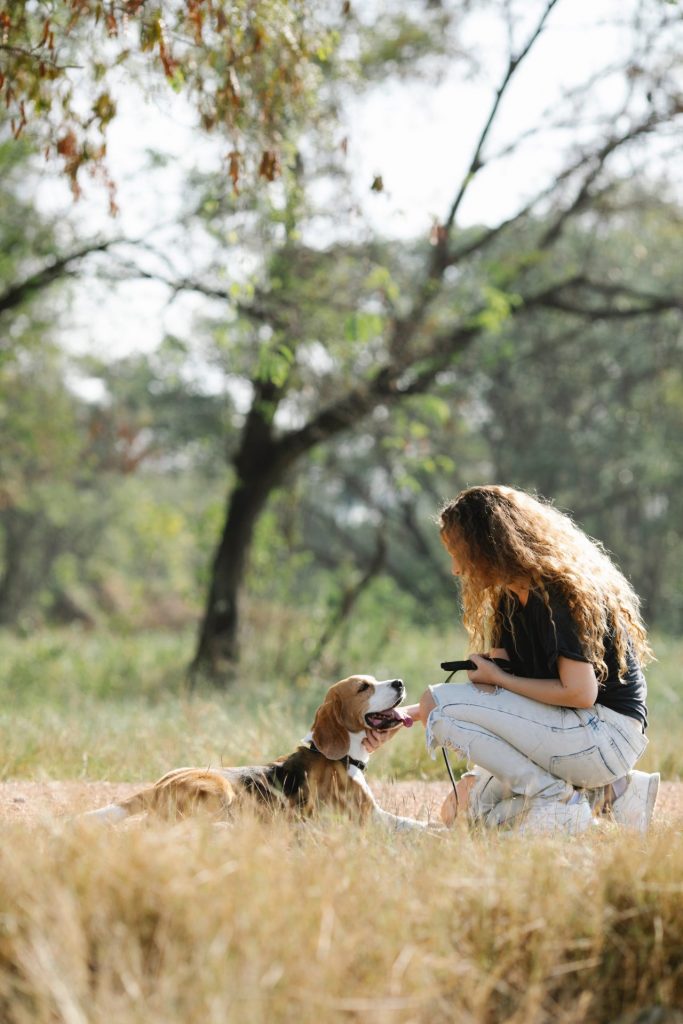 Known for its pet-friendly policy, the W2 building is the ideal space for pet owners. Not only is it next to a PetSmart, but in Olympic Village, residents have access to three beautiful parks just beyond their doorsteps: Hinge Park, Johnathon Rogers Park, and Charleson Park.

Adjacent to W2 on West 1st Avenue, Hinge Park is home to ample grassy areas to lay down a picnic blanket, a playground for kids, and an off-leash dog area (that’s also fenced-in). Meanwhile, Jonathon Rogers Park on West 7th Avenue offers astonishing views of downtown Vancouver just across the water, an expansive area blanketed with grass, and also a soccer field.

Covering 7.14-hectares along False Creek, Charleson Park is another local gem with skyline views, a waterfall and pond, a soccer field, tennis courts, and access to the seawall. 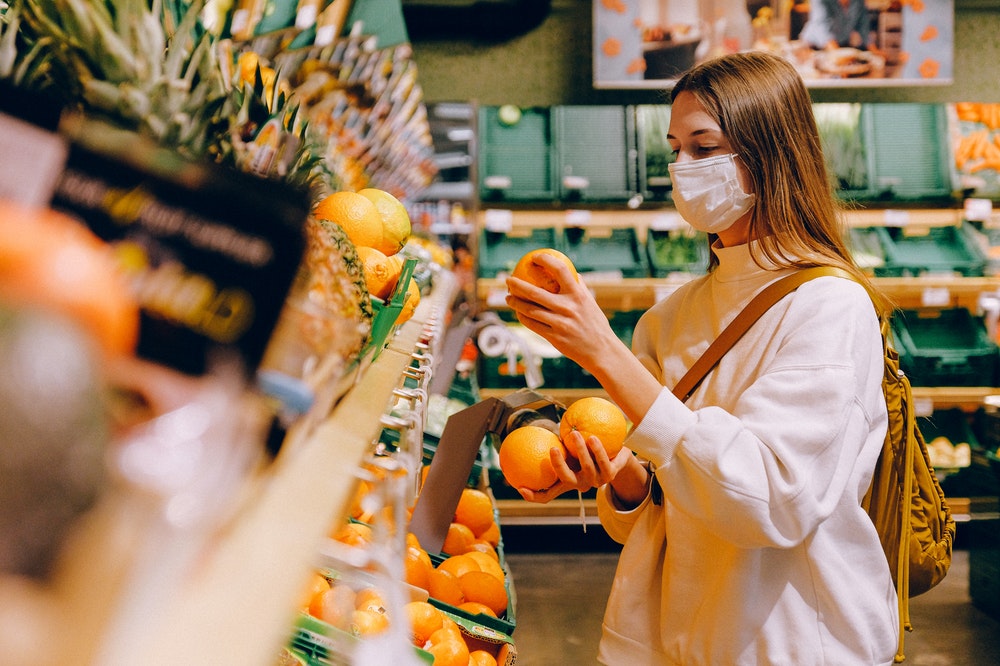 If you didn’t already enjoy grocery shopping, you might after moving to Olympic Village. There’s a grocery store for everyone’s needs within walking distance from the W2 building. So, whether you want a good steak, vegan options, or just fresh produce, you’ll find it only a few minutes away.

In Olympic Village, there’s an Urban Fare located a nine-minute walk (or a three-minute bike ride) from 1988 Wylie Street; a Whole Foods Market a short eight-minute walk away; and a Save-On-Foods on Cambie Street, which is also an eight-minute away. This means locals have the ultimate flexibility when it comes to grocery shopping. 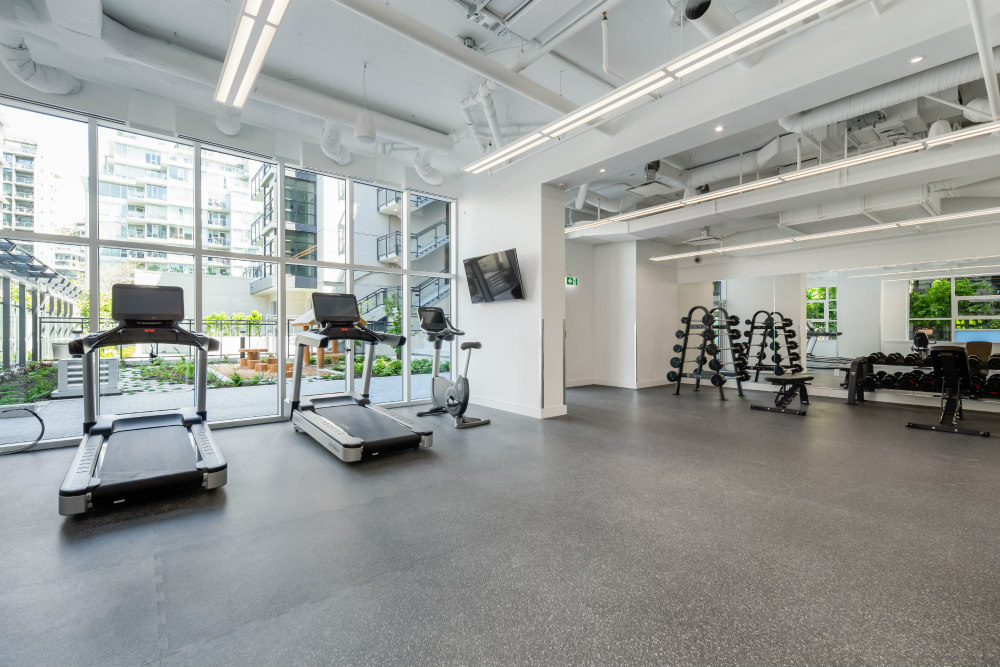 Saying that Olympic Village fosters active living would be a huge understatement. The area is not only surrounded by bike lanes, but it’s also highly walkable. With several walkways and green spaces, taking the dog out or going for a morning run is easy.

For those who desire something indoors, the W2 building boasts 1000 sq ft of gym space equipped with treadmills, weights, and other fitness equipment to help you get your daily workout in. Creekside Community Recreation Centre on Athletes Way boasts a gym, a fitness centre, and dance and yoga studios while also being a centre point of the community, bringing locals together to enhance their experience of living in the area.

There’s also an Anytime Fitness location a two-minute walk from the W2 building. And another wonderful aspect of living in the area is that locals can just as easily get out on the water by renting a kayak from Creekside Kayaks at Athletes Way.

To learn more about Olympic Village and tour what could be your new home at W2 Living, apply via liv.rent or visit the building’s open house event on Saturday, August 7, from 12 to 4 pm.