Richmond City Council has approved the construction of a $6-million Olympic Museum inside the Richmond Olympic Oval. Called the “Richmond Olympic Experience,” the new museum is expected to be completed in the fall of 2013 and will be the first in the Americas to join the International Olympic Committee’s (IOC) network of official Olympic Museums.

The $6-million museum is spearheaded by staff at the Richmond Oval and will be funded by Tourism Richmond’s hotel tax, Richmond Olympic Oval and the City of Richmond, as well as an to-be-determined sponsor. It is expected that the museum will boost the Richmond Oval’s status as an landmark city attraction, a facility that was built by the Vancouver Organizing Committee (VANOC) and the City of Richmond to host Olympic speed skating competitions during the 2010 Winter Games, while also providing the Oval with another source of revenue to cover annual operating costs.

As an certified IOC museum, the Richmond Olympic Experience will feature circulating artefacts from the main IOC-operated Olympic Museum (“Musee Olympique”) in Lausanne, Switzerland, where the IOC is headquartered. According to the Richmond News, the museum’s exhibits will (of course) focus on the 2010 Winter Olympics, but in particular its main theme will revolve around Richmond’s Olympic experience as one of the VANOC-designated official host cities (given that the Olympic Oval was in Richmond) as well as Richmond’s sports history.

An Olympic Museum…but in Richmond?

However, one should question how many people would be interested enough to pay $15.00 to visit an official Olympic Museum in Richmond that largely and most significantly focuses on Richmond’s role. One should be skeptical on whether such an museum that is, once again, in Richmond and is narrowly Richmond-focused, can stay afloat.

Although the business plan for the Richmond Olympic Experience might seem problematic from the outset, Richmond City Council and staff at the Richmond Oval should be credited for their determined intent to preserve a piece of British Columbia’s Olympic memory. A similar interest has not been shown by the City of Vancouver, despite its main and prominent role in the hosting of the 2010 Games (although, the BC Hall of Fame has recently opened a permanent Vancouver 2010 capsule exhibit in its retrofitted space at BC Place Stadium). An official IOC Olympic Museum within the City of Vancouver boundaries that features and enshrines all aspects of the Olympic memory, not simply a narrow community-specific theme, would likely be much more of a popular and feasible attraction than what is being planned in Richmond.

For the philatelists among us, international post bureau websites have been scoured to acquire information regarding Olympic issue stamps. Blindly trying to decipher Cyrillic characters on postage stamps quickly lost its novelty, but it’s fascinating to see which sports countries chose to depict. Seemingly few pandered to their Canadian host. Most stamps feature skiing, whether alpine or Nordic, over ice hockey. A personal favourite are those from Hungary, which rival the Vancouver 2010 mascots in terms of a sense of unbridled joy (or cuteness, if we’re going to get really technical).

Speaking of the mascots, we have become well versed in the surprisingly elaborate backstories of Quatchi, Miga, Sumi, and Mukmuk. This is in addition to charting their evolution from simple line drawings to 3D renderings to officially licensed Olympic merchandise and full-sized costumes.

While to date it has been fulfilling to discover these gems (we’ve got roughly another 1,200 objects to go), it would be a lie to say handling the medals and the torch hasn’t been a highlight. The medals are astoundingly heavy; frankly, it’s a wonder exhausted athletes didn’t crumple under their weight. Even more astonishing are the number of hands both the medals and the torch passed through, from their inception to the Opening and Closing Ceremonies and the nightly Victory Ceremonies.

Many of us watched as athletes bit down on their gold medals, or as the Olympic flame was passed from torch to torch. But not many of us got to watch as a print of an orca’s dorsal fin became a medal struck at the Royal Canadian Mint. The technical prints and sketches allow us to visualize the massive collective effort behind Vancouver’s Games of 2010.

The first sketch of what would later be known as “Quatchi,” one of the four Vancouver 2010 Olympic mascots (Source: Museum of Vancouver) 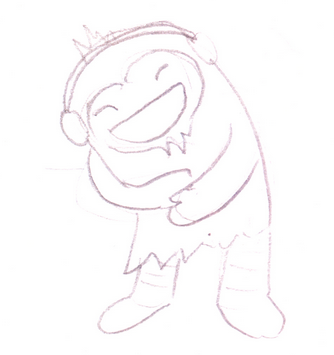 Consecutive Vancouver City Councils, including the current Vision Vancouver-led city council, have frequently ignored a need for a proper and respectable destination museum in Vancouver, one that will rejuvenate and relocate the existing Museum of Vancouver from its small and confining facilities at Vanier Park (which it shares with the H.R. Macmillan Space Centre). Given its insignificance and hidden location, local knowledge that the City of Vancouver operates a civic museum is extremely limited. The Museum of Vancouver (along with the adjacent H.R. Macmillan Space Centre and nearby Vancouver Maritime Museum) has also suffered from dwindling tourist numbers ever since City Council banned tour buses from entering the neighbourhood (due to pressure and complaints from local neighbourhood activists over noise and vibrations made by tour buses). For that matter, the City of Richmond is also pushing for a $45-million destination museum modeled after the popular Royal BC Museum in Victoria. The Royal BC Museum is arguably by far and large the best museum in the province, not only is it a highly affordable attraction but its vast exhibits are on par with some of the best museums in Washington, DC.

The City of Vancouver has benefited highly from being an internationally recognized name, and it is also of course home to the region’s financial and commerce centre (a.k.a. the region’s metropolitan core: Downtown Vancouver and West Broadway), but it seemingly lacks the ability to create and establish sensible “big picture” ideas that also benefit the entire region – an ability that cities like Richmond and Surrey seem to hold, to fill in the regional void left by the City of Vancouver (despite its role as the main and leading actor, a role that it seemingly no longer understands or acknowledges in holding) in lieu of its pursuit of nook and cranny issues that solely concern local minority and/or activist interests. While the City of Vancouver holds the keys to the region’s international reputation as well as the region’s metropolitan city core (a.k.a. Downtown Vancouver and Broadway District) to make such big and innovative ideas work, it seemingly lacks the ability to create or establish actual sensible interests and ideas that could make a lasting positive “big picture” impact – an ability and path of thinking that the City of Richmond increasingly seems to hold.

The failure of “Olympic Spirit Toronto”

Once complete and open, only time can tell whether the Richmond Olympic Experience and its Richmond-centric attraction model will be a success. Nearly 6 years ago, Canada’s previous IOC-designated Olympic Museum closed its doors. The “Olympic Spirit” in Toronto was a newly constructed $42-million, 52,000 square foot building. It opened in 2004 and closed its doors just two years later due to low attendance. Toronto’s Olympic Museum was built to satisfy its ego over its two failed bids to host the 1996 and 2008 Summer Olympics: its Olympic Museum therefore lacked any relevance to the city given Toronto’s non-existing connection and history to the Olympics.

In addition, Toronto’s museum failure can also be attributed to its poor marketing approach, its non-existing plan to attract visitors. It had instead relied on the marketing power of the Canadian Olympic Committee (COC), but a year after Vancouver won the 2010 Olympic bid and due to IOC Olympic Host City marketing rules, the COC in 2004 transferred its domestic Olympic marketing powers to VANOC. Although it received accusations of abandonment and the brunt of the blame coming from Toronto, the “Organizing Committee for the Vancouver 2010 Olympic Winter Games” obviously never had any responsibilities or mandate to ensure the financial health and vitality of an Olympic Museum located in a city that is not only more than 3,000-kms away but also one that has never ever hosted the Olympics. 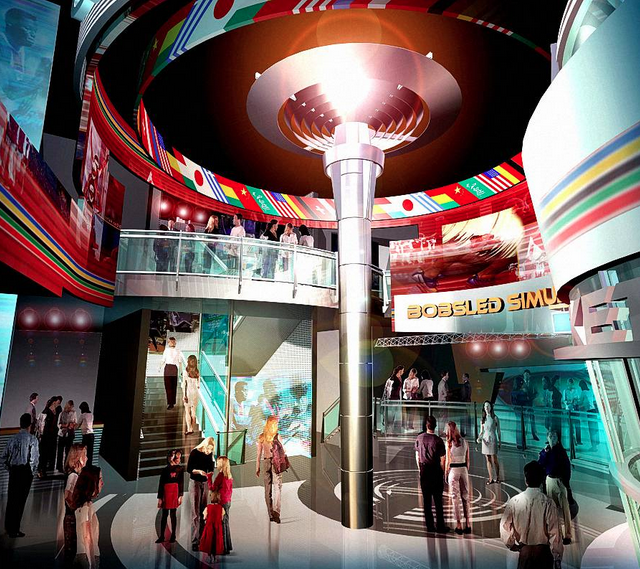