Team Canada takes on Team Norway in Group B preliminary action Thursday morning at 9 a.m. PST. Team Canada are in somewhat of a cream puff grouping and should be able to use these preliminary games as a means to tune-up for the sudden-death playoff rounds.

The last time we saw Team Canada in action one goal united an entire country. Team Canada defeated Team USA 3-2 in OT for 2010 Olympic Gold on home ice in Vancouver. It doesn’t get any better than that!  Will history repeat itself?

Here is an interesting take on the golden goal with footage from five telecasts:

Team Norway is a team made of up players that most in Canada will not recognize. Team Norway’s roster is made up from a collection of players from six different professional leagues with the bulk of players coming from the Swedish Elite League and the 1st Division GET-ligaen (Norway’s professional hockey league). Team Norway boasts one current NHL player, Mats Zuccarello-Aasen (aka-Mats Zuccarello) of the New York Rangers.

Team Canada is in tune-up mode and Mike Babcock will be tinkering with his lines to try to find the right fit. Carey Price will start in goal, with Roberto Luongo getting Friday’s game against Austria. Canada will dress 7 defencemen and 13 forwards, but it’s unclear who out of the “extras” will dress. It’s unclear who will be scratched, but my guess is it will be Dan Hamhuis and Matt Duchene.

Here is how Canada’s lines looked at practice:

Needless to say, be it Carey Price or Roberto Luongo, the eyes of a nation will be dissecting the play of the Team Canada goaltender. Nick Olnyk, Carey Price’s back-up in Junior, wrote a maddening piece to Luongo essentially saying Price was going to steal his starting job. Our very own Omarcanuck very nicely debunked Olnyk’s piece (it is a great read). Regardless, it is very clear that goaltending will be under the microscope in these preliminary games. Price gets the start against Norway, while Luongo starts vs Austria. Price will have to be razor sharp from puck drop. 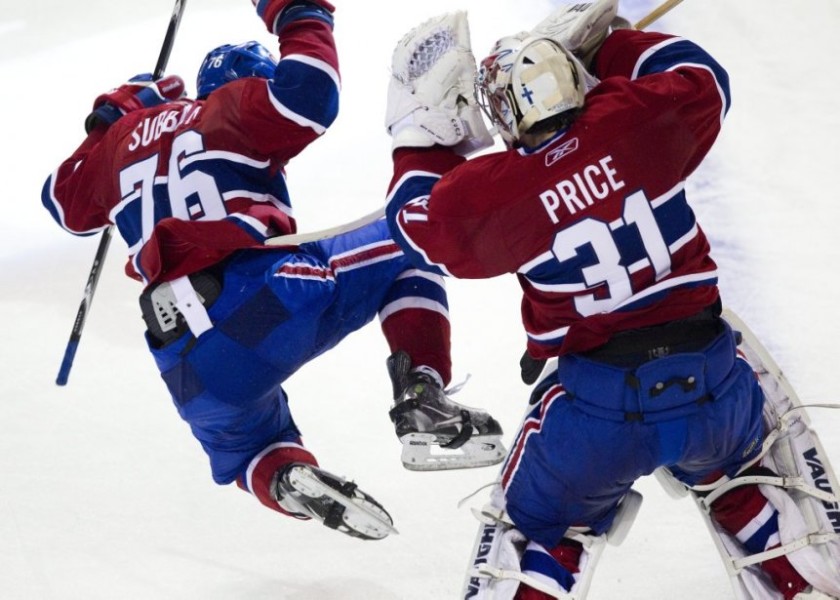 Kunitz is one of a handful of players for which there was much debate as to the merits of him being included on the Team Canada roster. Many have stated that Kunitz has ridden the back of Sidney Crosby to get a spot on this team. Kunitz will be out to make an impact early. Let’s face it, if Kunitz and Crosby are firing on all cylinders from game 1 then no one cares. A good start early for Kunitz will go a long way to solidifying the forward lines early in the tournament.

Zuccarello is Team Norway’s only current NHL player and they should be thankful for this as he is a very good player. He has racked up 15 goals and 28 assists in 58 games with the New York Rangers in what appears to be a break out season for him. The confusing thing is that he seems to have a different name when playing for Team Norway (Zuccarello-Aasen) as he is simply just Mats Zuccarello with the NY Rangers. Oh the intrigue!

Team Canada is obviously heavily favoured in this one and they won’t disappoint. Team Canada beats Team Norway 5-0! Let the games begin!