Team Canada has their first significant test of the Sochi Olympics with a 9:00 am Sunday morning game vs Team Finland.

Team Canada steamrolled Team Austria 6-0 behind a hat-trick by Jeff Carter and a solid shutout by goaltender Roberto Luongo. Carter went from the doghouse to the penthouse in one game. After a rough first game vs. Norway, Carter found himself as the 13th forward and somehow managed to score a hat-trick in only 8:46 of ice time. Meanwhile, Luongo made a statement to Team Canada coaching staff that he has no intentions of making their decisions easy going forward when it comes to who to play in goal.

Finland is most famous for 3 inventions: sauna, ice skates, and virtual air guitar. Finnish citizens consider Finland as the homeland of Santa Claus, but don’t expect any gifts from Team Finland when they take the ice vs Team Canada. Finland boasts scary good goaltending and an NHL player laden team. Perhaps no team in the Olympics has been hurt as badly as Finland has due to injury. They lost their top two centres, Mikko Koivu and Valtteri Filppula before the tournament and now are going to be without Aleksander Barkov too. Barkov was one of the players who was going to be counted on to fill-in for Koivu and Filppula, so I guess it’s back to the drawing board. Luckily for Team Finland, they are still lead by Teemu Selanne, who has two points in two games so far. The “Finnish Flash” is an ageless wonder and competing in his sixth Olympics. Unbelievable! 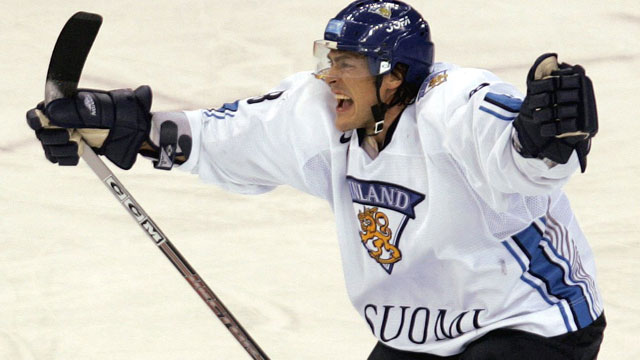 Canada lineup changes for CAN-FIN. Price to start, backed up by Luongo. Hamhuis and Sharp in for Subban and St-Louis

That’s right! It looks like Carey Price will get the shot as Canada’s number one goalie. They will also have last year’s Norris and Art Ross Trophy winners as healthy scratches. Here’s how the lines looked last game, with Patrick Sharp slotted in for Martin St Louis and Dan Hamhuis in for PK Subban:

To say Shea Weber is an impact player is nothing more than an understatement.  In Vancouver 2010, Weber wired a snapshot through the net!

Weber decided to try something with a little higher degree of difficulty in the 2014 Sochi Olympics with a laser off the back crossbar vs Austria.

Note to Chris Tanev:  Find out what sticks Weber is using!

Sidney Crosby has gotten off to a slow start in the 2014 Sochi Men’s Hockey Olympic Tournament, but we have become accustomed to him finishing off with a bang. As the opponent’s become tougher, Team Canada needs Crosby to get his game in high gear. This is Crosby’s team now and he needs to lead by example. 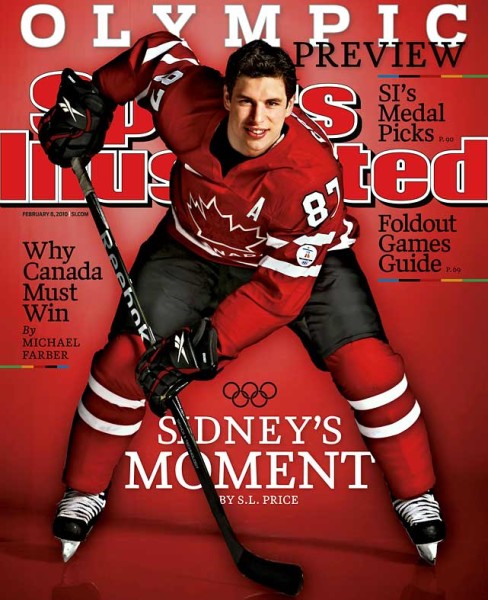 3. Whoever is Playing in Goal for Finland

I’m not sure what is in the water in Finland, but Team Finland has some serious goaltending depth. How many Olympic teams can afford to sit a goalie who was the starter for a recent Stanley Cup winning team? The answer is one:  Team Finland. Annti Niemi will sit in the stands while Kari Lehtonen and Tukka Rask  will dress for the Finns. It doesn’t matter who is in net for the Team Finland, the point is that they have 3 goalies that all have the ability to steal a game. This makes Finland a scary team to play in a short tournament like this.

Team Finland will be a much stiffer opponent for Team Canada, but don’t expect a collapse of any sorts from ice hockey’s version of “The Dream Team.” Team Canada takes this one 3-1.