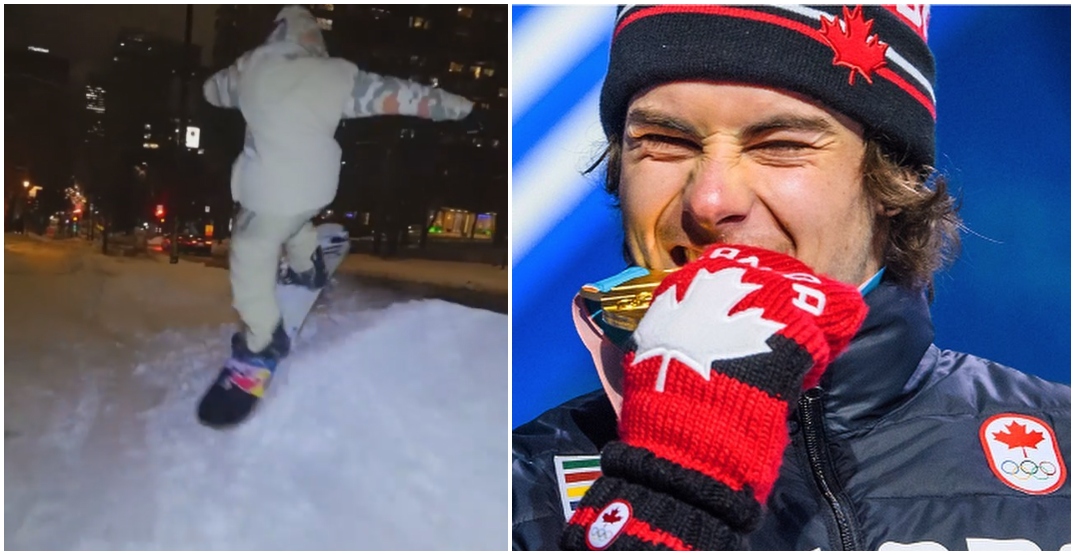 Getting from point A to point B in a Canadian snowstorm is not always easy. Whether you walk, drive, or take public transportation somewhere, chances are you’ll be arriving late.

Not for Olympic gold medalist snowboarder Sébastien Toutant, who recently decided to hit the slopes — on the streets of downtown Montreal.

On Tuesday, the 29-year-old athlete posted a now viral video of him gliding down snowy sidewalks with ease, landing some pretty sick jumps along the way.

While Montrealers rushed into their homes to avoid the frigid temperatures and frosty white mountains, Toutant seized the opportunity to do something you don’t see every day.

Red Bull Canada commented on the post, asking, “Who needs mountains to ride powder?” Certainly not Toutant, that’s for certain.

While the L’Assomption, Quebec, native makes his unique way of getting around look effortless, one should probably brush up on their boarding skills on a proper ski hill — with a helmet — before trying their luck in the streets.

And in case you missed his impromptu snowstorm adventure, you can catch the seven-time X Games medalist and Olympian at the upcoming Beijing Winter Olympics, where he will be representing Canada in Snowboard Slopestyle and Big Air.