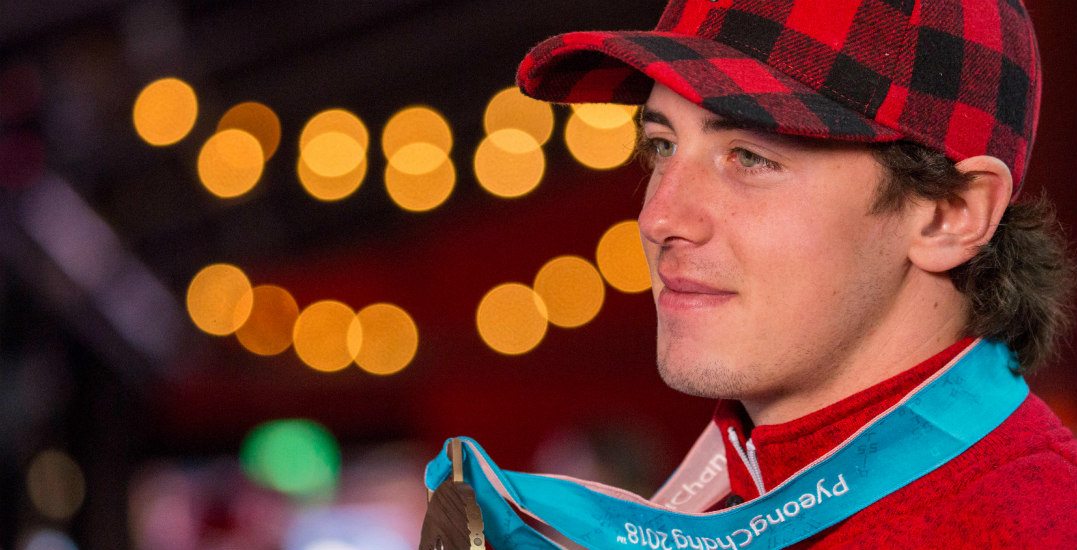 Canadians are still getting their voices back after cheering 24-year-old two-time Olympic snowboarder, Mark McMorris, to victory.

Less than one year ago, McMorris suffered a life-threatening off-trail crash in the Whistler backcountry. But he managed to recover in time to represent Canada at the 2018 Winter Olympic Games in PyeongChang.

In truly incredible fashion, the superstar snowboarder placed third in slopestyle and won a bronze medal on day two of the competition. To celebrate, Canadian Tire decided to surprise McMorris with a virtual visit to his friends, and supporters, here in Canada.

In Vancouver, crowds gathered at a Canada Snowboard Olympic viewing party – including friends of Mark’s from his hometown of Regina, and mentors from CHILL Foundation where they connected with the athlete. The entire thing was a surprise for McMorris, who was overjoyed to speak with everyone back home via Canadian Tire’s Red Door soon after he completed the slopestyle finals. 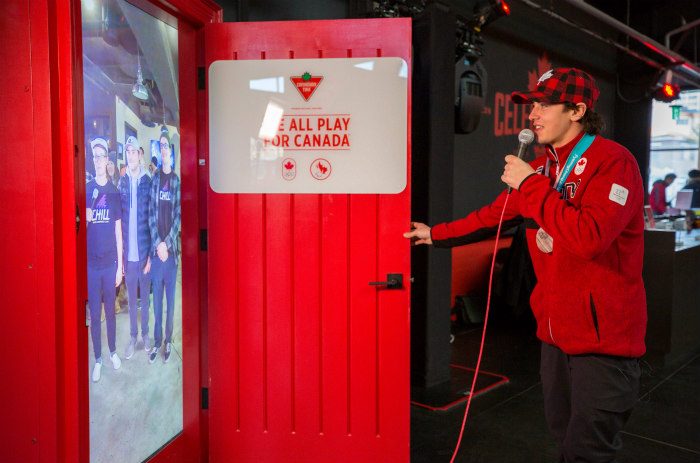 The Red Door is a life-sized, physical door that enables a real-time, live-stream interaction between families, friends, and fans of Team Canada with Olympians and Paralympians in PyeongChang – across a distance of thousands of kilometers.

Canadian Tire arranged this special moment to connect McMorris with his friends and biggest fans back home before he competes in the Big Air qualification run on February 24 in PyeongChang.

This program is part of Canadian Tire’s We All Play for Canada Olympic campaign, encouraging Canadians to show their support for our athletes – because no matter who we are or where we come from, Canadians play for something greater than themselves: #WeAllPlayForCanada.