The $200-million project will be built to LEED platinum (Vancouver’s first for an office building and the highest sustainability rating standard) and is anticipated to add 369,000 square feet of premium office space to Downtown. The old Stock Exchange Building will be retained and restored, including the historic stock exchange trading floor.

800 West Pender will join under-construction 1021 West Hastings (MNP; 275,000 sq. feet), 745 Thurlow Street (Bentall 6; 400,000 sq. feet), and the new Telus Head Office (480,000 sq. feet) as city-approved major office towers in the Downtown peninsula. This does not include an additional 280,000 square feet of premium office space from the renovated top floors of the old Sears building, to be completed in 2015, as part of the building’s conversion into a Nordstrom and Pacific Centre mall expansion.

Not including smaller office projects and other projects under city review, these four projects alone combine to bring more than 1.8-million square feet of additional office space into Downtown Vancouver. Altogether, they will bring several thousand additional jobs to the city and will help sway skeptics away from the notion that Vancouver is becoming a ‘resort town’.

The Old Stock Exchange office tower project at 800 West Pender will begin construction next year for an anticipated late-2016/early-2017 completion, in time for the next cycle of office tenant demand. 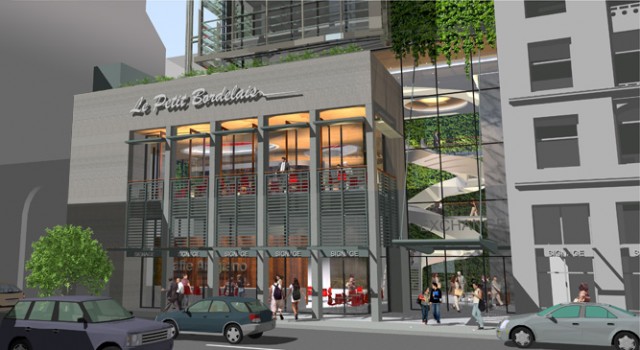 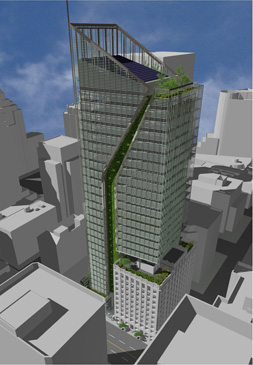 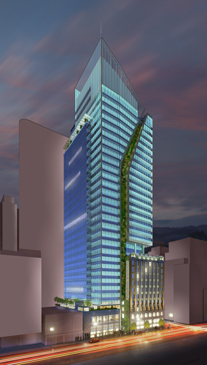