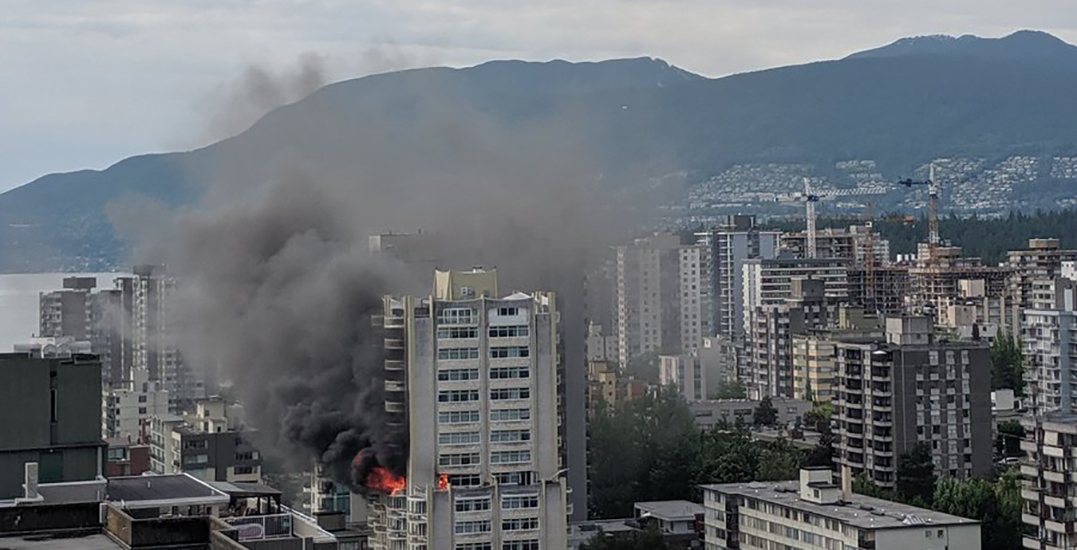 Investigators in Vancouver have discovered the cause of a three-alarm condo fire that happened last weekend.

The blaze broke out on the 15th floor of a highrise on the 1200 block of Pacific Street, near English Bay.

Our @VanFireRescue crews have upgraded this High Rise fire to a 3rd alarm. Fire on 15th floor Rapid Intervention Team art up on 13th.

Several days later, investigators have determined that the fire was caused by oily rags that weren’t stored properly.

“Linseed oil and derivatives self-heat, which can be accelerated by confining them (balling up rags), leading up to autoignition,” writes Vancouver Fire Rescue.

Anyone with oily rags is advised to store them in metal or soak them in water.

Photos and videos shared on social media showed a thick cloud of black smoke pouring out from the building.

Big fire visible in Vancouver Westend, hope every one got out ok pic.twitter.com/SQihQSPEJl

Scary to see this in the building next door. @NEWS1130 #yvr #Vancouver pic.twitter.com/cOBdvIDSV1