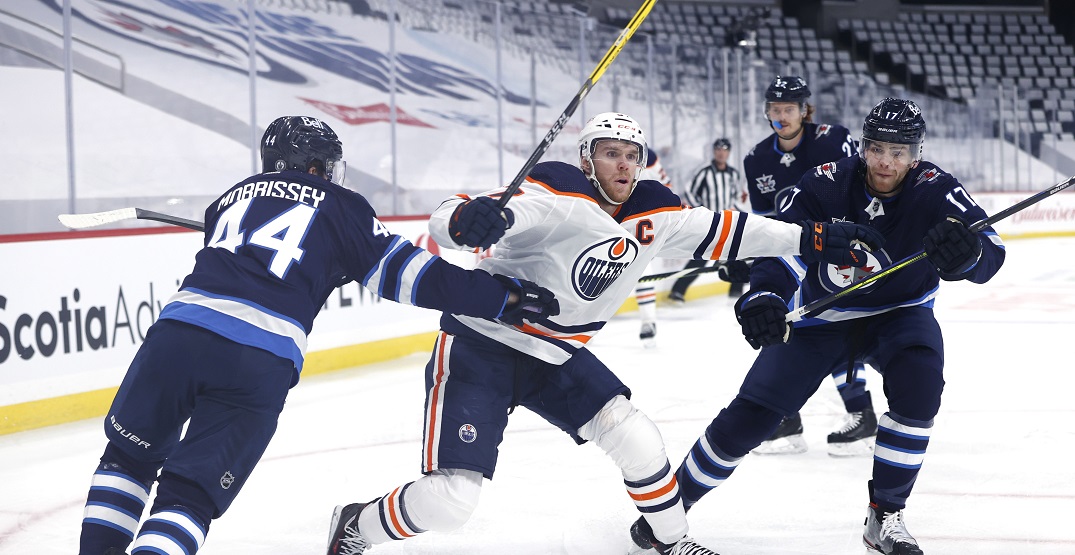 It’s said there are only three guarantees in life: death, taxes, and the Edmonton Oilers finding new ways to mess up despite all the good fortune that’s come their way via the NHL’s draft lottery.

Gifted superstar Connor McDavid in 2015, the Oilers appeared like they were set up to be a contender for years to come. They’ve picked first overall in the draft four separate times since 2010 alone, and it seemed like the team was finally ready to make the necessary jump to become a perennial force.

On Monday night, things were about as bleak as they’ve ever been, as the team was swept out of the first round of the playoffs by the Winnipeg Jets in a gruelling 4-3 triple overtime loss with a goal from Kyle Connor.

It was the Oilers third straight loss in overtime, falling 1-0 and 5-4 in Games 2 and 3 of the series.

Here are some of the best reactions from Oilers fans and around the league after the latest in a series of unfortunate events:

the epic highs and lows of oilers hockey pic.twitter.com/iXrgUwUl0q

I honestly do feel bad for McJesus…he's an incredible player (prolly one of the best ever) and just another victim of the Oilers hockey organization.

Darnell Nurse led all players with an incredible 62:07 of ice time.

Darnell Nurse is basically that 1 guy at beer league hockey who’s in shape. Just stays on the ice while the 3 other fat Dmen rotate through.

the year is 2031. the jets and oilers are now on their 262800th period of overtime. mike smith is 50. Dave Tippett still won't play any dman other than Darnell Nurse. Mcdavid drags nurse's limp corpse around behind him as mike scheifele reads the bible for the 3000th time.

what the hell is this soft discourse about how the Oilers should be proud of how hard they battled in a close series that could have gone either way? They got swept by a team they went 7-2 against in the regular season and finished 9 points above. An all time choke in game 3.

"What does the future hold for the Edmonton Oilers? Let's just say we've got a few ideas up our sleeve." pic.twitter.com/OFuHs1Nfbo

The sweep follows a concerning trend with the Oilers in the McDavid era: great expectations every year, but little to match it in the postseason.

After bowing out in seven games to the Anaheim Ducks in the second round of the 2017 playoffs, they have won exactly one of just eight playoff games since, including a four-game loss in a best-of-five to the Chicago Blackhawks who were seeded 12th in the Western Conference and only qualified due to the extended play-in as a result of the COVID-19 pandemic forced stoppage.

Over the last three decades since their last of five championships in 1990, Edmonton has returned to the Stanley Cup final just once, in 2006.

It is mind-boggling that a team with two players the calibre of McDavid and 2019-20 league MVP Leon Draisaitl have been unable to make so much as a dent on the postseason over the last four years.

It will be an interesting offseason in Edmonton. Forward Ryan Nugent-Hopkins, defenceman Tyson Barrie and goaltender Mike Smith are all set to become unrestricted free agents.

Few can doubt the loyalty of Oilers fans, who are known for being amongst the league’s loudest and most passionate fans. But many can doubt the management’s lack of success over the last three decades.