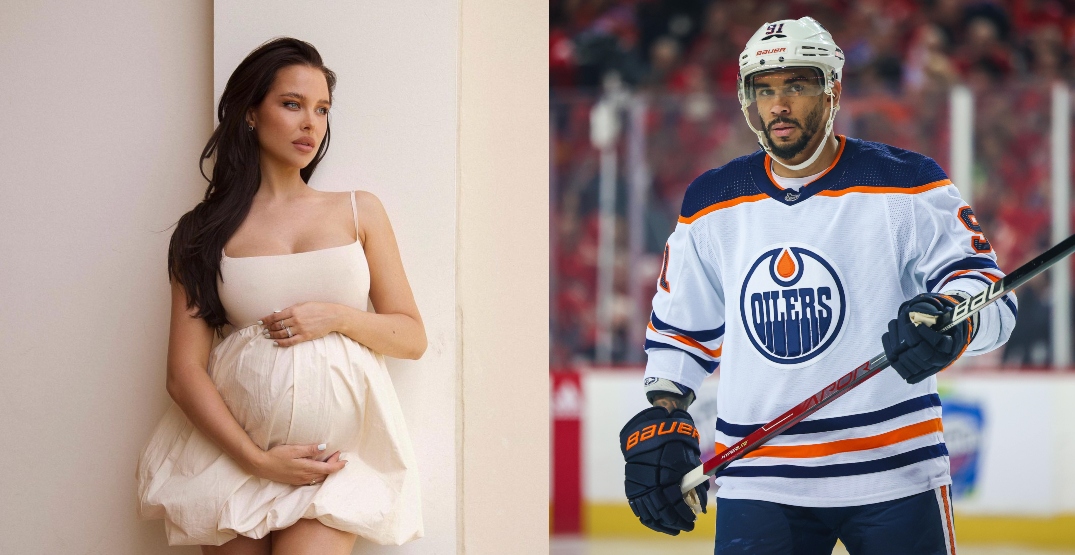 Evander Kane didn’t join his teammates in Calgary today, as the Edmonton Oilers prepare for Game 5 in the Battle of Alberta on Thursday.

He had a pretty good reason why.

Kane and his girlfriend, model Mara Teigen, welcomed a child into the world. Teigen gave birth to Iverson Frank Kane, according to Kane’s agent Dan Milstein. The Oilers winger didn’t travel with the team according to multiple reports, but will be in the lineup tomorrow according to Irfaan Gaffar of The Fourth Period.

He’ll be there for game five. Congrats! https://t.co/SMaG5E7kYe

Kane has been a force on the ice for the Oilers through the first two rounds of the postseason. The 30-year-old Vancouver native leads the Stanley Cup Playoffs with 12 goals, and his 15 points rank behind only teammates Connor McDavid (25) and Leon Draisaitl (22) league-wide.

Kane added two more goals against the Calgary Flames on Tuesday after netting a hat trick in Game 3 on Sunday.

Up 3-1 in the best-of-seven series with their provincial rivals, one more win would put the Oilers in the Western Conference Final for the first time since 2006.