At the corner of Granville and Robson currently sits a Future Shop and Winners. While both stores work for the retail/entertainment centre of the city, one can’t help but think that the corner is under utilized. This is an old office tower proposal for that very corner that never got built.

Even the current proposal could have been better served with a few floors of office space above and a few more outdoor television screens to complement the two rather small ones already there.

With that being said, more office space is coming to that corner as both the new building (which will have Old Navy occupy the retail component) and Nordstrom Vancouver will have a significant office component to them. 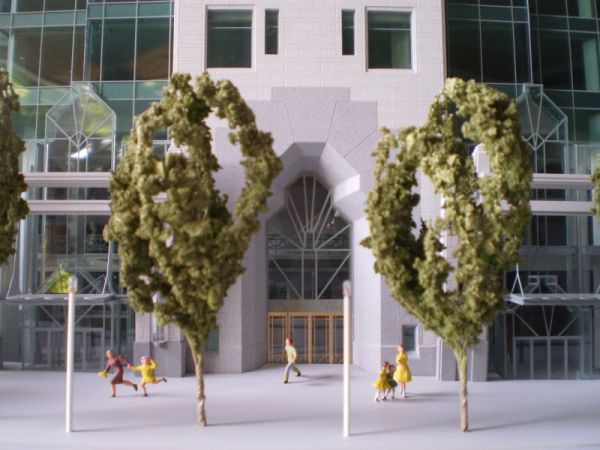 I don’t know why or what that lady and child are running from. 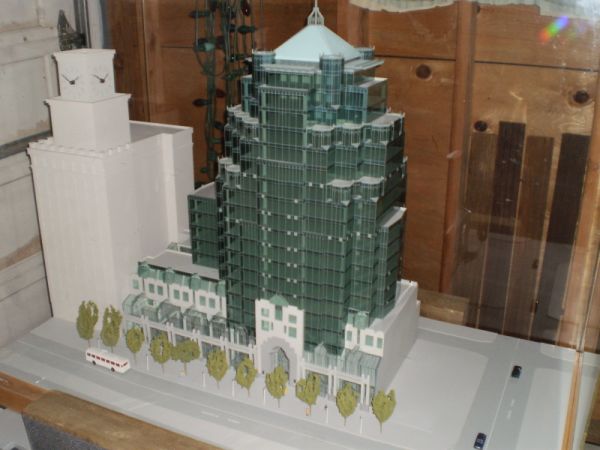 Looks similar to Cathedral Place on West Georgia and Hornby.
The scale model is now on sale on Craigslist for you skyscraper nerds out there.