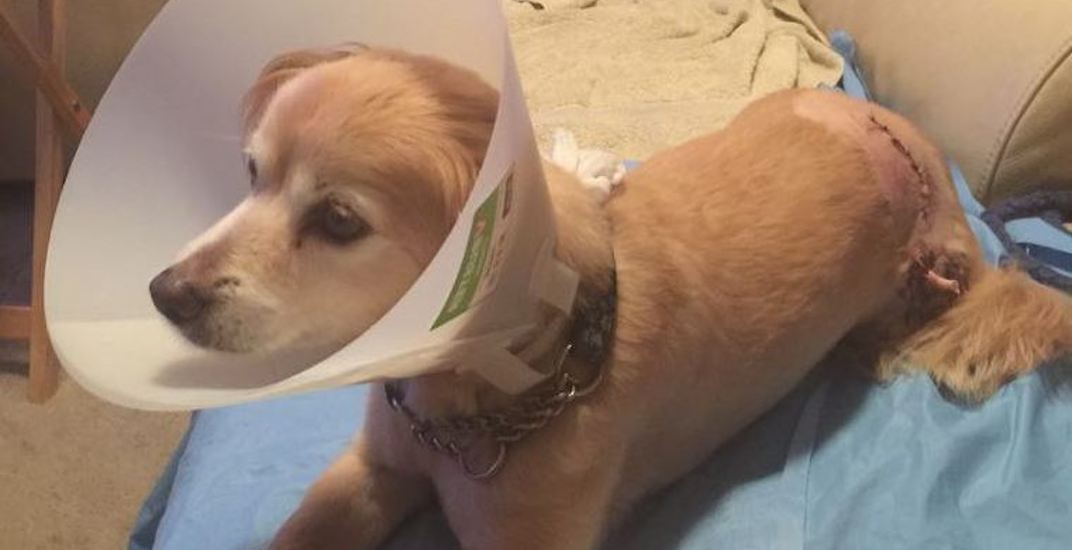 Jazz recovering from his ordeal after surgery (Curtis Mah)

A dog owner in Coquitlam is appealing for help after his chihuahua, miniature pinscher, and maltipoo mix Jazz was allegedly attacked by an off-leash dog.

According to Curtis Mah, the attack occurred on Friday, August 11 in the parking lot on Coast Meridian Road and David Avenue.

Mah’s father was walking Jazz on leash at around 7 pm, he writes in a public Facebook post, “when an unleashed dog ran after my dog and attacked him.”

“My Dad managed to grab Jazz and get him away from the attacking dog, but Jazz still suffered significant injuries,” writes Mah.

Mah states that his father rushed Jazz to the vet – the dog was bleeding from his injuries, and had suffered a very deep puncture wound and bruising, he says.

“My dog was so traumatized by this attack, the vet said he was shaking uncontrollably from the time he arrived right until the anesthetic,” Mah states. 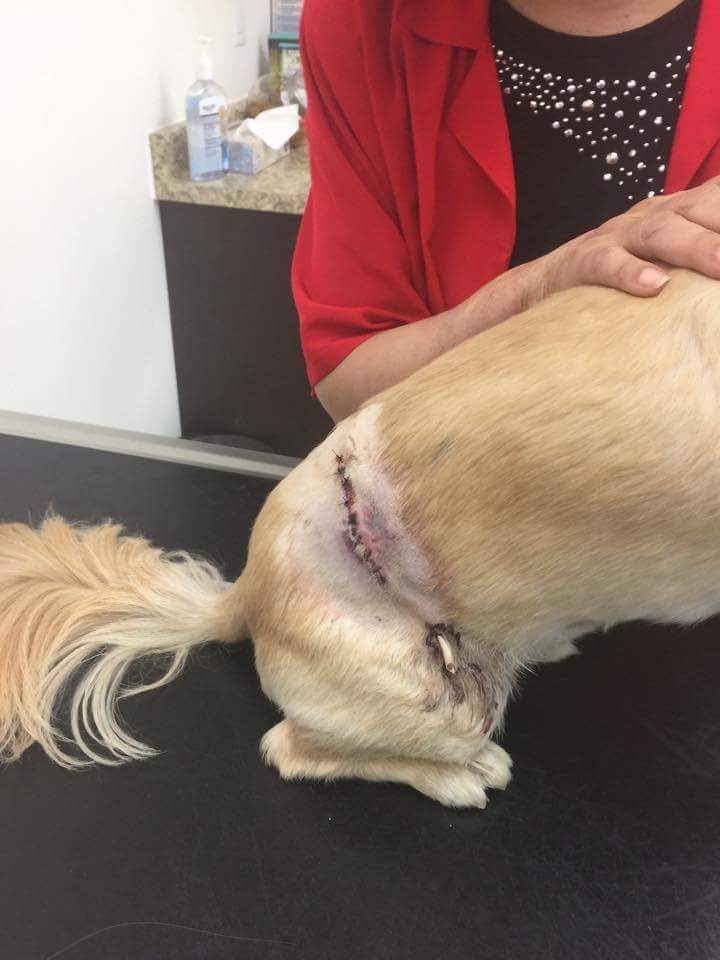 Mah, who has owned Jazz since he was eight weeks old, told Daily Hive the dog will need significant time to recover and he and his family are “devastated.”

“Jazz was a very happy-go-lucky dog prior to this attack and now he shows signs of anxiety and fear,” he said.

“He shakes quite a bit, is guarded and backs away at times when my family or I try to pet him.”

Mah said the family have not reported the attack to the authorities, focusing instead on Jazz’s recovery “above everything else.” 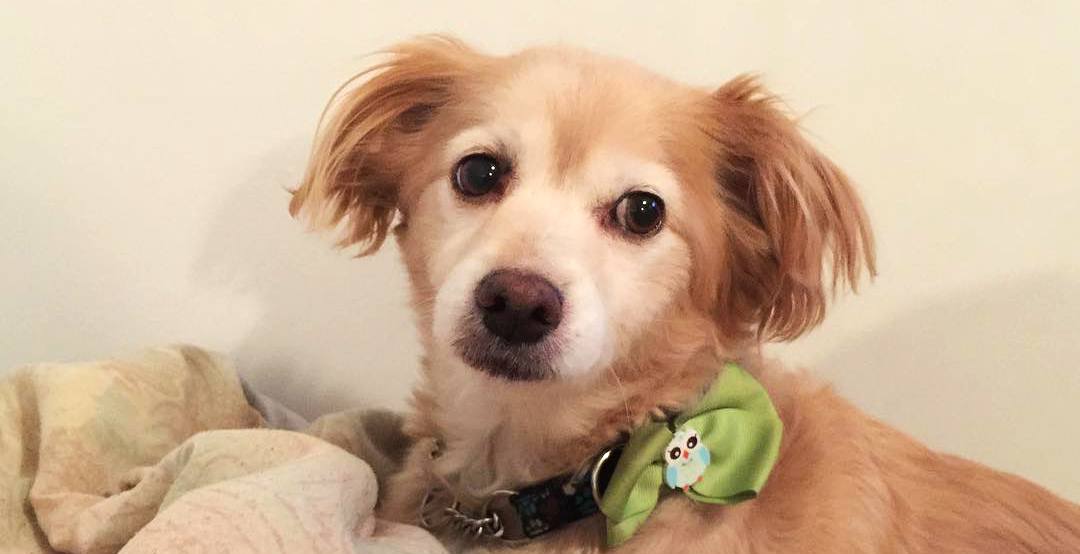 In the aftermath, Mah has launched a GoFundMe page appealing for help pay Jazz’s vet bills and raising awareness of the attack.

“This incident has caused my family tremendous turmoil. Not to mention a very expensive vet bill of almost $500,” writes Mah online.

As for the other dog, Mah states that his father didn’t get a clear look at the attacking dog or its owner, who he says fled the scene.

“He describes the attacking dog’s owner as an elderly Asian man and his dog was possibly an Airdale or Golden Doodle,” writes Mah.

Mah told Daily Hive the incident has hit his father, who is 69 years old and uses a hearing aid, the hardest.

“He is constantly beating himself up for not getting the attacking [dog] owner’s contact information,” said Mah.

“He says he was focused on getting Jazz to safety and everything happened so fast. Once he saw Jazz bleeding his instinct was getting Jazz home and to a vet ASAP.”

But Mah said he’s hopeful somebody knows who the other dog’s owner is and can identify him and the dog.

“He needs to be held accountable for his dog’s actions and dealt with accordingly,” said Mah.

Mah urges anybody who knows the owner of the other dog, or witnessed the attack and has more information, to message him on Facebook via the post embedded below.