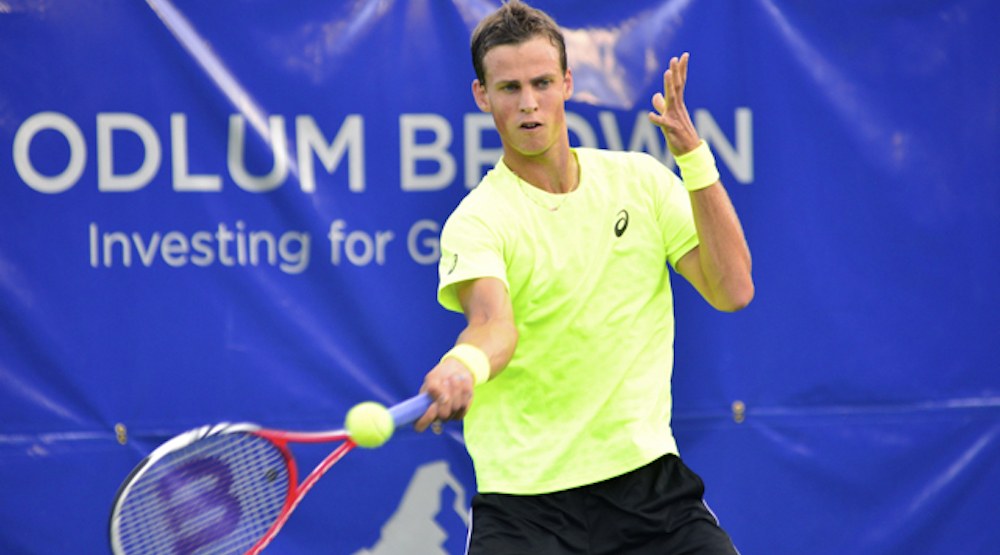 Nearly 12 months after the Odlum Brown VanOpen ceased operations, organizers have announced that after a one-year hiatus, the tennis tournament will return in 2017. The Hollyburn Country Club in West Vancouver will once again host the tournament from August 12 to 20.

The Odlum Brown VanOpen doesn’t attract the biggest names in tennis, but it is a place to see up-and-coming stars. Past champions from the 14-year history of the tournament include five-time Grand Slam champion Maria Sharapova (2002), world #8 Marcos Baghdatis (2009 and 2014), world #9 Johanna Konta (2013 and 2015), and Canadian professional Vasek Pospisil (2013).

The tournament will offer a $200,000 US prize purse, with 140 professional men’s and women’s tennis players from more than 45 countries compete.

“Tennis BC enthusiastically supports this high-quality professional tournament in Vancouver,” said Mark Roberts, CEO of Tennis BC. “Adding an event of this magnitude gives fans and players the opportunity to experience world-class play in our own backyard.”

“This will help plant the seeds of a culture of excellence and sports entertainment for so many sport lovers, families, tennis fans, next generation junior players and younger children in the community,” said Oded Jacob, head coach of Tennis Canada’s National Junior Training Program in BC. “This type of event places the city of Vancouver on the world map of the professional tennis tour and the world’s leading sporting events.”

“I’m thrilled to join the Odlum Brown VanOpen as tournament director and look forward to working with one of the finest sporting events in Canada,” said de Voest. “As a competitor, I know how the tournament and venue provided a world-class experience for players, fans and sponsors, and I look forward to helping bring that back.”

The Odlum Brown VanOpen is the largest tennis event in Western Canada, with prize money ($200,000 US) equal for both the men’s and women’s tournament. The tournament also provides players the opportunity to gain world-ranking points on both the ATP and WTA Tours.