Well guys, I’m supposed to do a preview post on Luongo’s upcoming season.

So I could sit here and talk about how he’ll be extra motivated because it’s an Olympic year, because he wants to prove he’s a number one again and because he finally has his net back.

I could do that, but it’s been done and let’s be honest, it’s getting boring.

Instead, I’m going to do something far more necessary.

Here’s the thing Canucks fans – Luongo is all we’ve got in net now. We need him to play well or life is going to suck for all of us.

With this in mind, I submit a list of five ways we, the fans, can pump Bobby Lou’s tires.

1. You will not boo, only Luuuu

When Luongo makes that sick save, “Luu” louder than you ever have before. But if he happens to allow a weak goal or seven, and gets pulled, do not jeer.

Instead, think of the first date you ever went on. You know the one – where you sat on your hands, thinking of what to say next, and nothing came to mind, and then you realized it looked like you were thinking really hard so you gave a fake smile, and then you realized your braces were on full display so you suddenly stopped smiling…

It’s okay, we’ve all been there. (Please tell me I’m not the only one.)

Anyway, the point is just be quiet and say nothing at all.

You know the game Taboo, where there’s a card with all these words on it you’re not allowed to say? Imagine a card like that with the words Cory and Schneider on it, and it’s stuck in your brain.

Don’t get it? When Luongo has that inevitable bad game, this is what will come out of your mouth: “Man, I wish _________ was still here.” That blank is you being unable to say Schneider’s name. You will draw a blank. You will look like a complete moron. And no harm will be done to Luongo’s psyche.

3. If you ever see him, give him a thumbs up

When many of you see Canucks players around town, you bother them for autographs, ask about their last game, request pictures that you’ll put on Facebook and Twitter, and really, you act like annoying pests.

Now what if you just gave Luongo a thumbs up instead? 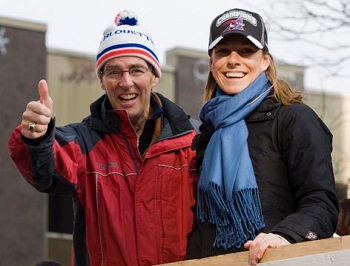 He’d think “Wow. These fans appreciate me and think I’m great. I am happy inside. And the fans in Vancouver are so chill. I don’t think I even want to be traded from here anymore.”

The Canucks need him, people. You must buy into the thumbs-up idea.

4. If he gives you his hockey stick, give it back

Okay, I know this isn’t likely to happen, but if just one of you kids gives Luongo’s stick back to him when he tosses it into the stands after he’s named one of the three stars, imagine how he’ll feel. 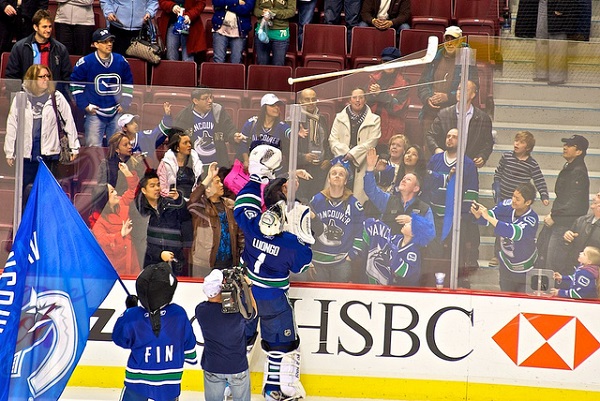 Giving his stick back says, “Roberto, I love you even more than you love me.” It will bring tears to his eyes and he’ll realize how much we all love him.

Note: There is, of course, the possibility that it might say to him “I don’t want your stinkin’ hockey stick.” Let’s ignore that risk.

5. Put up this month’s wallpaper

All of you download our October Canucks Desktop Wallpaper, featuring the one and only Roberto Luongo, and get his face on every computer in Vancouver.

Surely he has to walk through an office or someone’s house this month – hopefully – and when he does, he’ll feel the love! 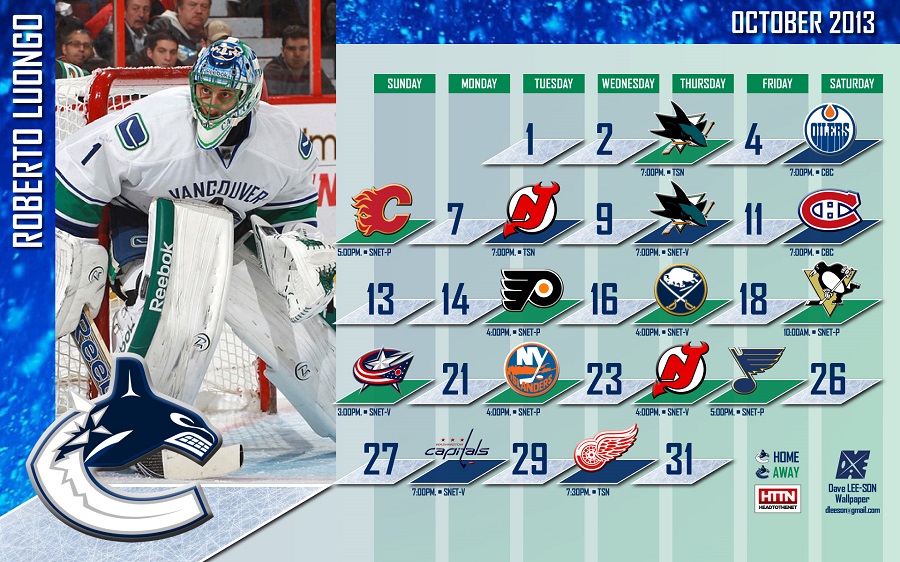