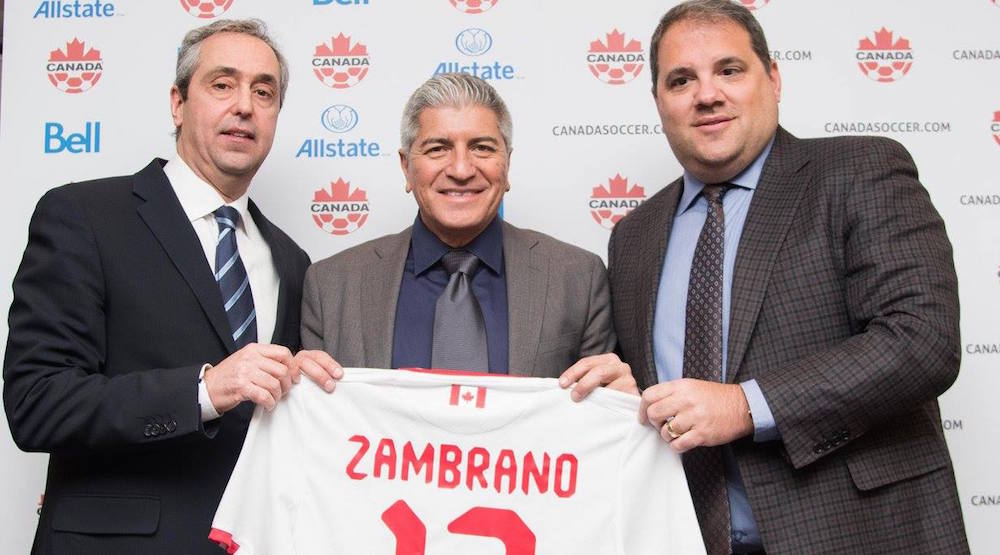 Our Men’s National Team finally has their man.

Zambrano will be in charge of the men's side of @CanadaSoccerEN, from U-15 to senior side, says president Vic Montagliani. #canMNT

Zambrano, a native of Ecuador, has more than 25 years of coaching experience in North America, Europe, and South America. He comes to the national team from Delfín Sporting Club in Ecuador’s Serie A, where he served as head coach. Previously, he served as sporting director, head coach, and technical director with CD El Nacional from 2014 to 2016 in the same league.

“We are very excited to welcome Octavio to Canada Soccer after our extensive search for a new head coach to lead our program into the next cycle of FIFA World Cup Qualifiers,” said Canada Soccer president Victor Montagliani. “Canada deserves to have its Men’s National Team Program perform on a consistent basis and Octavio’s experience within professional club and academy settings around the world will allow him to lead program alignment and solidify the second pillar of our Leading a Soccer Nation plan: consistent, world-class performances by our national teams.”

Zambrano takes over from Benito Floro, who parted ways with the national team after failing to get Canada into the final round of World Cup qualifying. Canada hasn’t made the Hex since they finished last out of six teams in qualifying for the 1998 World Cup.

Zambrano does not come to Canada with the same kind of resume, or fanfare, that Floro had. The Ecuadorian was a head coach for six seasons in MLS, leading the LA Galaxy from 1997 to 1999, and the New York MetroStars from 2000 to 2002. He currently holds the second-highest winning percentage in MLS history at 58.7%.

He has bounced around since then, serving as a head coach in Moldova and Hungary, before returning as an assistant with Kansas City in 2009. In 2012, Zambrano led Deportivo Pereira to a record season in Colombia’s Categoría Primera B, before returning home to his native Ecuador.

“I would like to thank Canada Soccer for this incredible opportunity to lead the Men’s National Team Program and align the strong and deep talent pool that exists from coast to coast,” said Zambrano. “My passion is the development of young athletes and I view football as part sport, part art, and part entertainment. I will look to portray all three through the tactics and player development within the Men’s National Team program.”

While making the World Cup tournament is the ultimate goal for Canada, just making the final-six in CONCACAF would be viewed as a success at this point. Canada is currently ranked 117th in the FIFA world rankings, below Botswana. 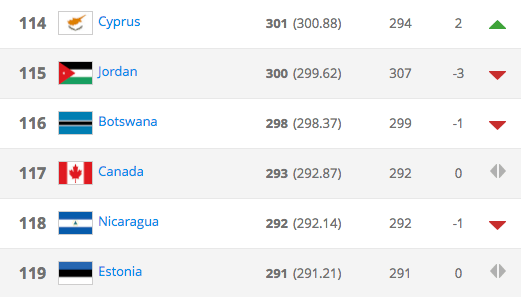 Head coach of the national team may very well be the toughest job in Canada.

Including interim appointments, this is the 12th coaching change made by Canada Soccer in the last 14 years. So Zambrano’s task far from easy.

The challenge of coaching Canada’s national team is different to most other countries in the world. Not only is Canada the second-largest country in the world in terms of land mass, despite the presence of MLS, many of Canada’s best players play overseas.

Other new hires announced on Friday include assistant coach Javier Livia and physical preparation coach Norberto Salamanca. Michael Findlay will continue on as an assistant with the team.

Zambrano will travel to Scotland this week ahead of a friendly on March 22. He will assume coaching duties in Qatar at the U-23 tournament where Canada will face both Uzbekistan (March 25) and Qatar (March 28).

The first home match for Zambrano will be on June 13 in Montreal when Canada faces Curacao as part of preparations for the 2017 CONCACAF Gold Cup.