Since his arrival to Vancouver was announced on Christmas Day back in 2014, Whitecaps designated player Octavio Rivero has been been perceived and labelled as many different things by the fans and media in Vancouver. Rivero was the ‘saviour’, then a ‘bust’, and more recently, ‘trade bait’.

These have all been words associated with Octavio Rivero at one point or another throughout the almost 18 months since he began his MLS odyssey.

Yet, all these labels and adjectives are not a burden that weigh on Octavio’s mind. He remains just Octavio, the boy born in Treinta y Tres, Uruguay who enjoyed a meteoric ascent that saw him succeed as a goal scorer in the top flight of the Uruguayan and Chilean leagues in South America.

When the signing of the young Uruguayan was unveiled, supporters of the Blue and White immediately saw him as the answer to the scoring woes that had plagued the team since the departure of Brazilian striker Camilo Sanvezzo to Club Queretaro in Mexico.

Rivero was the embodiment of hope and his sizzling start to the 2015 MLS campaign saw him score five goals in the first six matches.

After that, the scoring well dried up. The goals came few and far between, though the Uruguayan finished the year as the top scorer on the team with ten goals, three more than anyone else on the club. Still, Octavio will be the first to admit that his first season as a Whitecap did not go as well as he wanted.

The adjustment coming to MLS was harder than everyone anticipated. Rivero had to get used to the style of play, the formation, the coaching, the practices, and a playing surface unique to Major League Soccer.

“Here the game is a little bit different to what I was used to,” Rivero told Vancity Buzz in Spanish-language interview. “I believe the artificial turf slows the game down. Everything changes to some degree. Even today I continue my adaptation to all these changes.”

“Over here there is a lot of travelling so that limits the time you have to train. I like to train hard and there were a lot more things we used to do [in Chile] that we don’t get to do here.”

While on the outside the Uruguayan is largely judged based on his scoring output, in Octavio’s mind, the team performance will always supersede his individual goals. And he is OK with that.

“I don’t like to only touch the ball twice in the whole game even if one of them is a goal. I wouldn’t go home happy with that performance. However, if am involved in the game, if we played well, if the team won, I would be very happy with that. When I was in Chile, sometimes I would score two goals in a game and I would go home angry because I didn’t do more in the game.”

You can say that Rivero’s time in Vancouver has been tumultuous at times.

The label of “Designated Player” in MLS comes with extra scrutiny and, fairly or not, these players are held to a higher standard than their teammates. It goes with the territory.

Last season his individual results were not up to his designation. As a result, pressure from fans and media started to build up. That pressure can get in a player’s head. This, combined with personal adjustments to life in Vancouver, weighed on Octavio Rivero’s mind as the season progressed in 2015.

“Maybe last year [the pressure from the fans and media] affected me a little bit. I used to look at social media, that definitely affected me.” 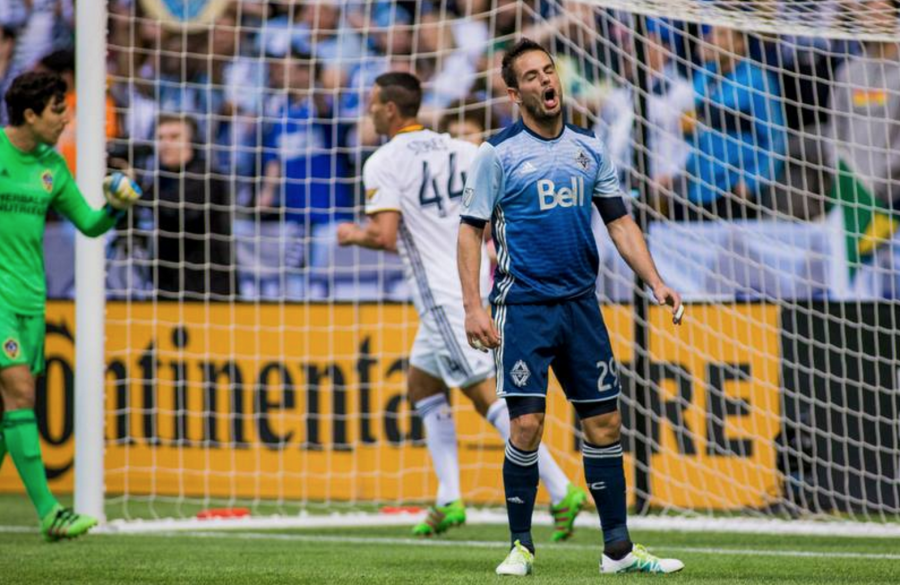 This year, for his own mental health and to remain focused on what he needs to do on the pitch, Rivero is not falling down the negative rabbit hole.

“This year, I am staying away, people can talk all they want, I am happy with what I am doing and what I have done so far. My confidence will not be affected by a journalist who says one thing or another who says another thing.”

So, what factors do have an effect in Octavio’s confidence?

“Personally, I build my confidence in the way I play, if I am involved in the game, having nice one-twos, serving an assist, feeling part of the game. Not only being in the box and tapping the ball in. My game is different; I like to connect with other players and to combine and create chances, I like to get in behind and create spaces for my teammates. As long as I feel like I am contributing like that, my confidence will continue to be fine.”

A couple of those teammates were brought in during the offseason to bolster the attacking ranks.

Masato Kudo and Blas Pérez are both proven goal scorers, and while some players may see those moves as a direct threat, Rivero is happy to welcome them to the team.

“They are great players,” he admits “I think [Masato, Blas and myself] are each very different players in the way we play the game and our style. It is good that the coach now has options so he can choose who to play according to each game. That is a great tool to have for the team.”

Kudo will be out for several weeks after a collision that left the Japanese striker with a double fracture in his jaw. Pérez will miss time as he plays the Copa América Centenario with Panama.

These absences brings us back to Rivero. He will come back into the spotlight as he recovers from an ankle sprain suffered right after he scored his first goal of the 2016 season against New York and that has left him out of the line-up.

The good news is that the Whitecaps will get their striker back with his confidence intact. More importantly, as he has been on the mend he has witnessed his team starting to play an attractive brand of football. A style fuelled by smart combinations in the final third. A style that favours goal scorers. The kind of football that would excite any player on the pitch.

“If we continue to play the way we are, we are serious contenders to win the title. If we play like we we have been playing, I cannot think of a team that could beat us.”