Update: The General Assembly (GA) has denounced these demands. More on this as it develops.

Here is the list of demands originally published by the CBC earlier today. As stated they are ever evolving and as many might have expected, some of the demands are impractical. The idea was great and still has merit, but the protesters are simply going about it the wrong way. Thus, many citizens are fed up and now it looks as though the people of Occupy Vancouver are the 1%. 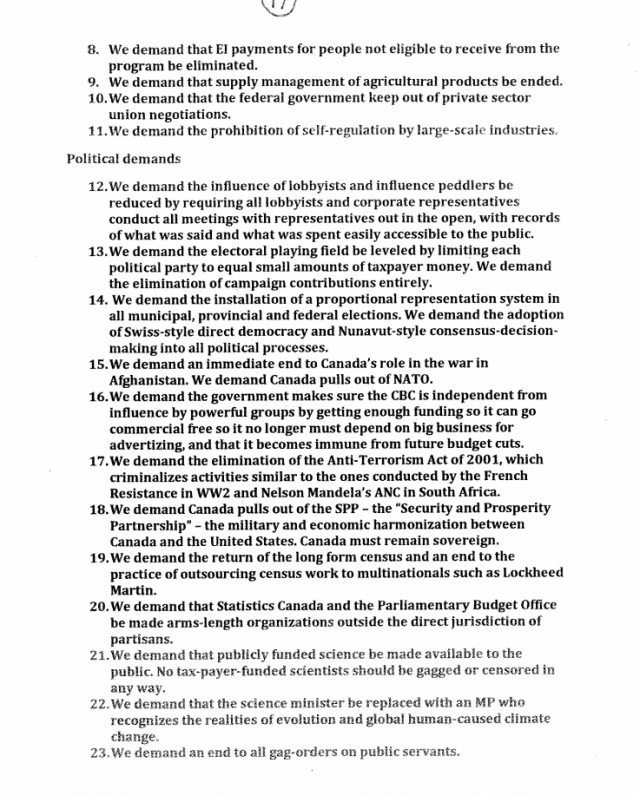 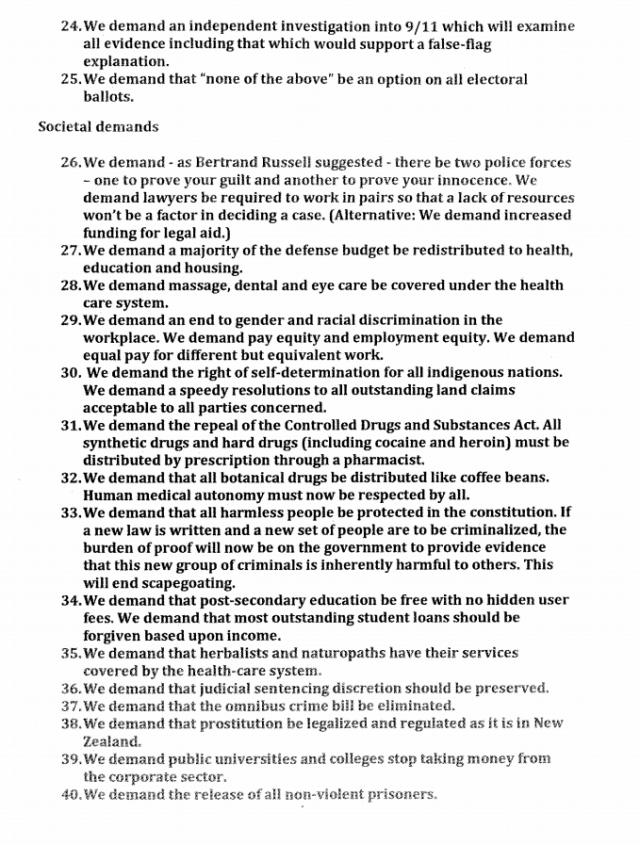 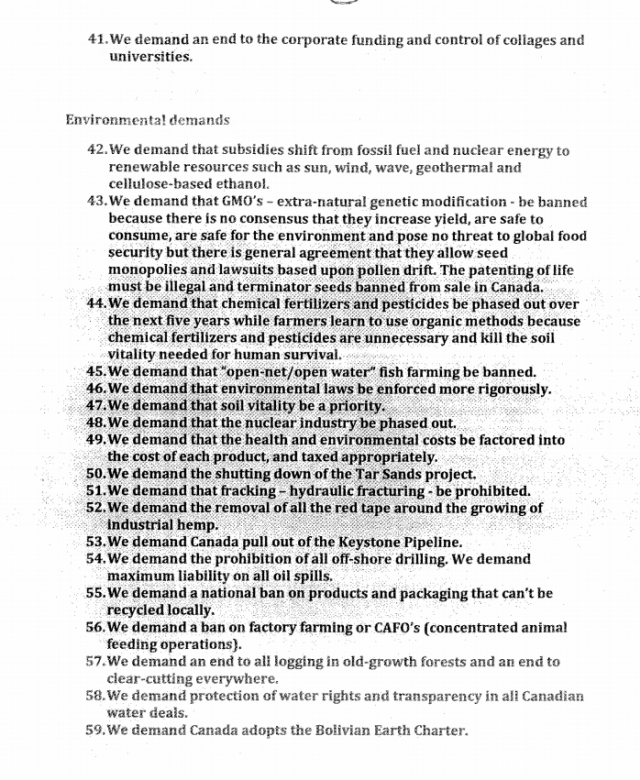