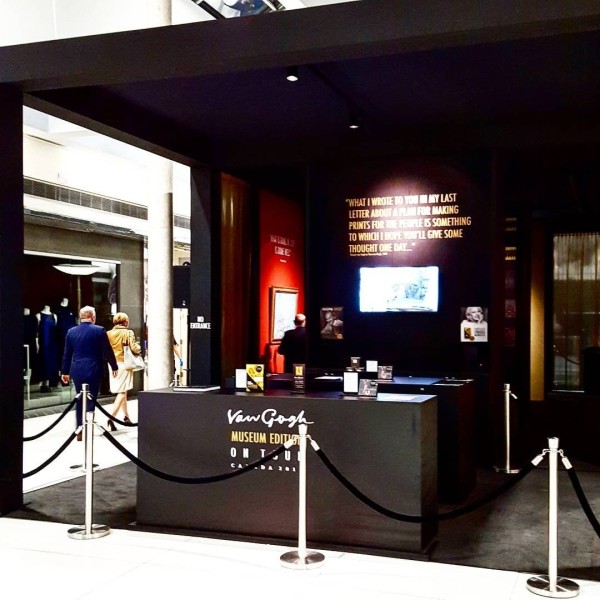 The pre-launch, by private invitation, saw guests enjoying tables heaped with Mediterranean-inspired tableau’s along with cocktails from Remy Martin that guests swore tasted like champagne. 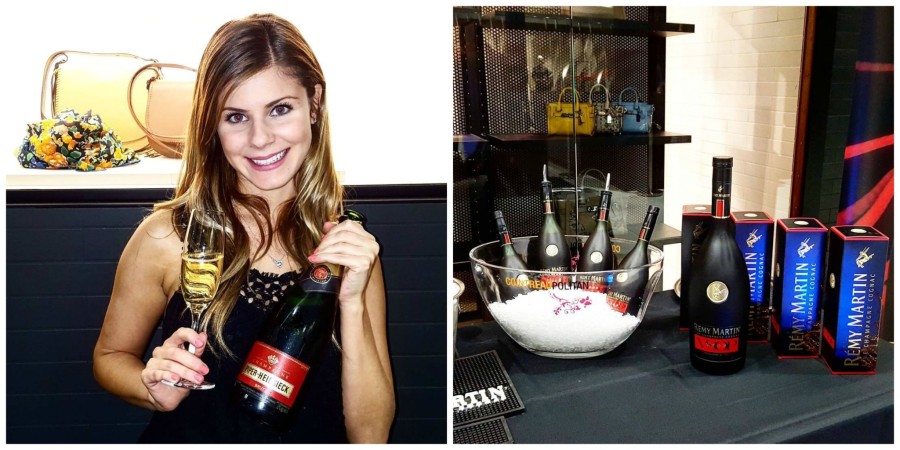 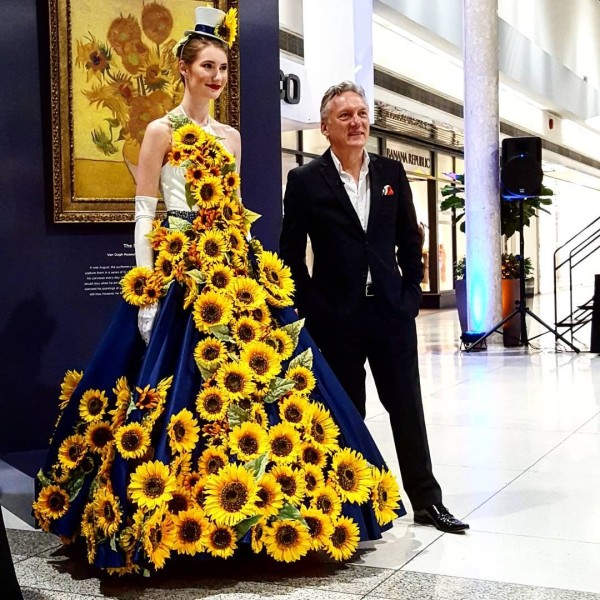 Emily Fortune Super with Willem van Gogh, Advisor to the Board of the Van Gogh Museum | Image: Helen Siwak

Willem van Gogh, the great, great grandson of Vincent’s brother Theo van Gogh, was the special guest of honour and participated in a “fireside chat” complete with faux fireplace and baskets of sunflowers. He spoke of his childhood and relayed witty anecdotes of his uncles Theo and Vincent.

“Through the utilization of cutting-edge technology, we are able to share my family’s legacy with new audiences across the globe, including here in Vancouver,” said Willem van Gogh, Advisor to the Board of the Van Gogh Museum and enthusiastic supporter of the Museum’s efforts to carry on Vincent’s legacy.

The walk-through installation was highly entertaining as guests delighted in touching the pieces and photographed themselves in the experience, all the while discussing the memories of viewing the originals at some point in their lives.

On display are nine of many art lovers’ favourites: Almond Blossom, Sunflowers, The Harvest, Wheatfield under Thunderclouds, Boulevard de Clichy, Undergrowth, The Bedroom, Fishing Boats on the Beach at Les Saintes-Maries-de-la-Mer, and Landscape at Twilight. 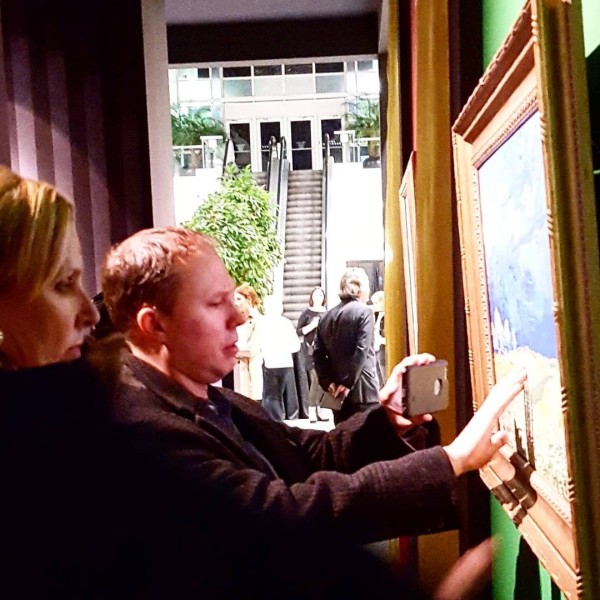 The artworks were created with a process called “reliefography,” which was developed by Fujifilm Europe. It has allowed the Van Gogh Museum to re-create the artworks in full three-dimensional, high-quality detail and resemble the original works as closely as possible. 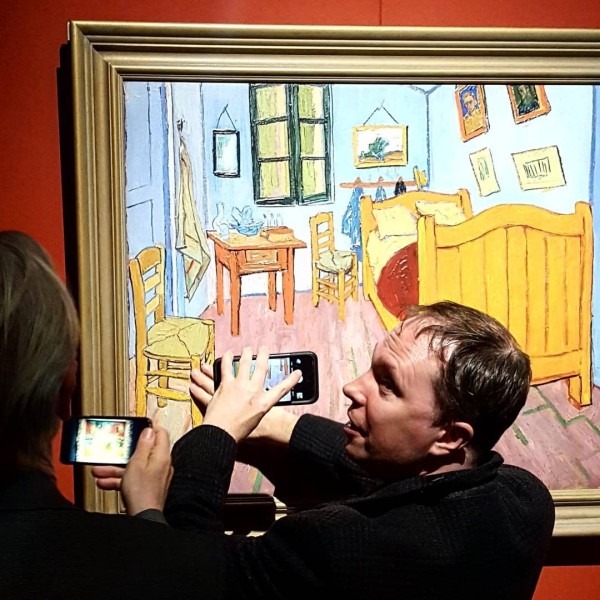 While some may view the display as mere replicas, an argument must be made that this process makes the pieces accessible to everyone – whether the viewer is a world traveler or not, art lover or not, and imagine the thrill for the visually impaired being able to ‘see’ Van Gogh for the first time. Also, let us not forget those who feel compelled to touch the overwhelming beauty of legendary artworks (and bear the consequences!).

“Van Gogh often used thick applications of paint on his canvas, making his work well-suited to showcase the new technology used to produce the Van Gogh Museum Edition Collection,” explained Axel Rüger, Director of the Van Gogh Museum in Amsterdam. “These high-quality limited editions allow people to experience the power and strength of Van Gogh’s imaginative brushwork in an innovative new manner, as well as to acquire their own Van Gogh masterpiece.”

During the tour’s Vancouver stop, Oakridge Centre will also be hosting a number of initiatives, including an art competition, guided elementary school tours to further engage the community and share the Van Gogh Museum Edition on Tour and all the pieces are for sale. Details will be available upon request only. 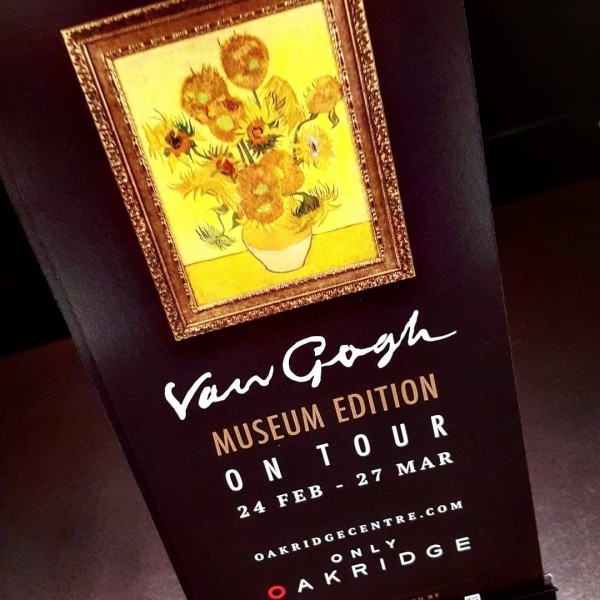