Plans for the Oakridge Centre redevelopment in Vancouver have been revealed by architectural and urban design firm Henriquez Partners Architects (the masterminds behind the Woodward’s and other gems in Vancouver). Overall, the site will see a massive increase in residential, office, green and retail space. The tallest tower proposed is a whopping 45 floors and will no doubt come under criticism from local neighbourhood groups.

Once approved construction will commence in 3 phases and will be done in a manner that will allow current tenants to operate with minimum interruption.

In total, 13 residential buildings (2818 units) are planned for the site. The buildings range from 6 to 45 floors. Seven of the 13 buildings are considerably tall and two of the towers are slated to be over 40 floors. There will be quite a few 3-bedroom units available, the largest being 1450 square feet, along with the usual mix of 1-bedroom and 2-bedroom units. In total 2,697,000 square feet of residential space is proposed for the site. If completed, the area will be home to approximately 7,000 new residents. 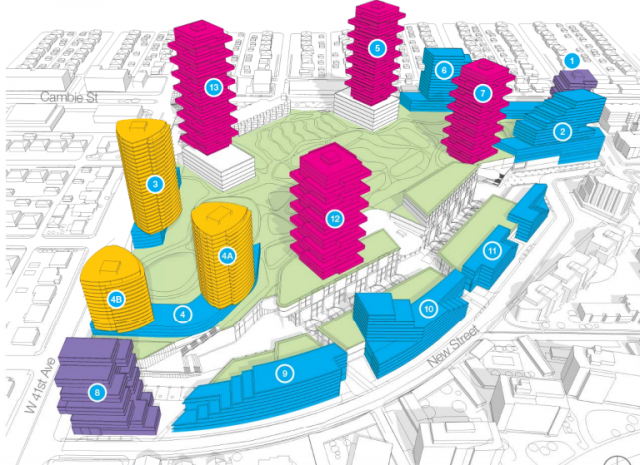 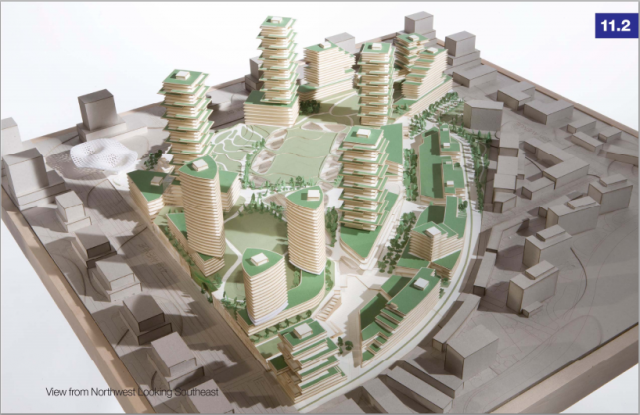 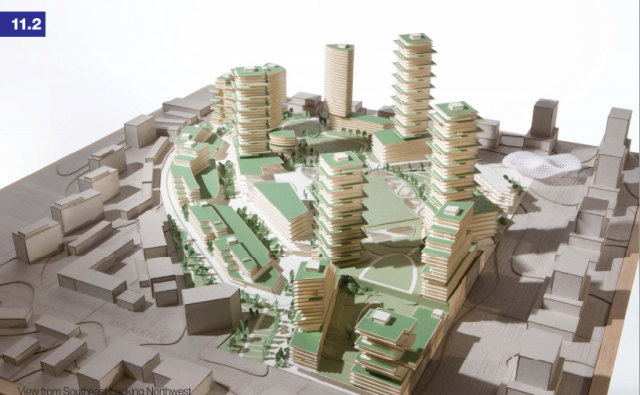 The retail expansion will see the addition of a new anchor tenant. The mall already has The Bay, Safeway and soon to be Target (overtaking the existing Zellers location). No word yet on who the additional anchor tenant will be but rumour out there has either Nordstrom or Holt Renfrew moving in. Crate and Barrel is already under construction at Oakridge Mall.

The office component will add an approximately 400,000 square feet of office space spread out over three mixed-use (residential and office combined) buildings. 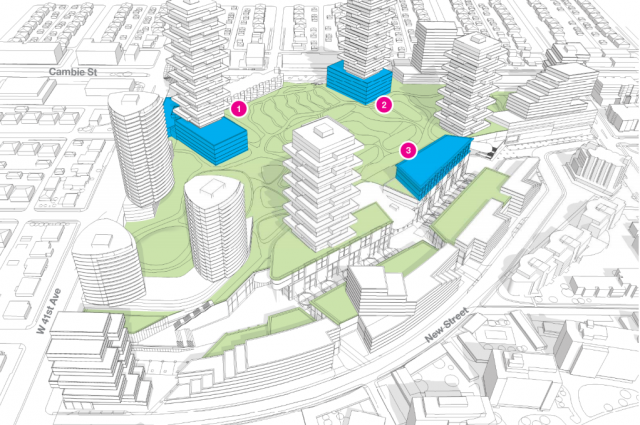 Looking at the models for the project you’ll notice a lot of green. Green space will be a significant part of the redevelopment. 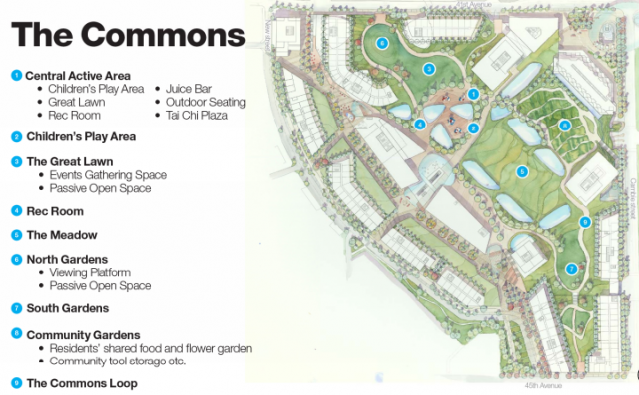