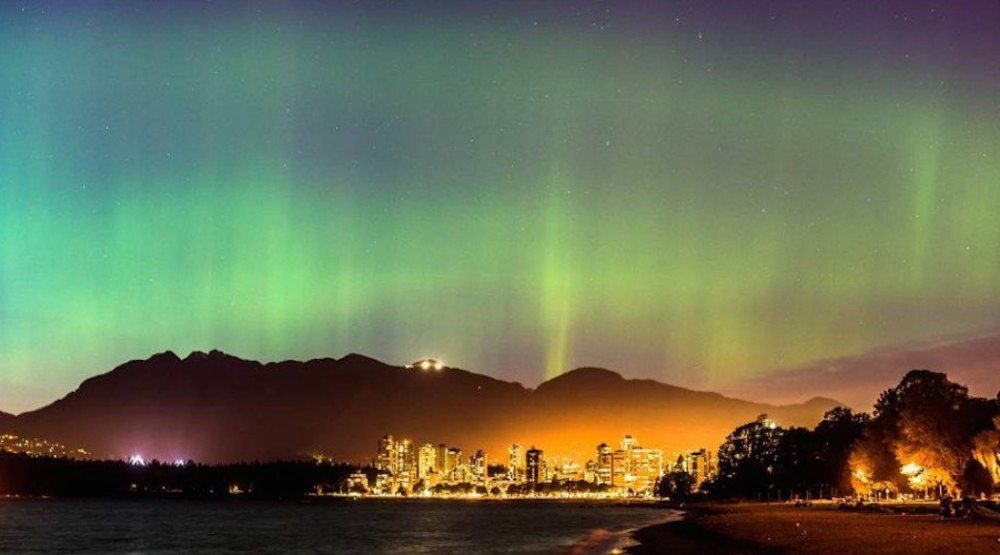 Look up at the sky over Metro Vancouver tonight as the Northern Lights could be making a last minute appearance.

A minimum Kp of 6.0 is necessary for the Northern Lights to reach the Metro Vancouver region while a Kp of 9.0 means the event could be seen as far south as Kansas. The Kp is expected to meet or exceed this threshold over the next few hours, reaching a peak Kp of 6.67 just before 7 pm.

The Kp, an index used to predict global geomagnetic activity, is currently forecasted to dip to below 6.0 after 8 pm, but this could change and it could peak again later in the night or early morning by the time the ovation fully spins over to the West Coast.

This satellite provides skywatchers with the most accurate predictions just 30 to 60 minutes before a geomagnetic storm occurs.

According to the US National Weather Service, an aurora might be seen as far south as southern Montana and northern Wyoming early Wednesday morning.

This is not an assurance that the Northern Lights will make an appearance, and the timing is most difficult to predict, but the solar particle conditions are perfect for a solar storm that will reach Metro Vancouver.

As well, no rain is in the forecast tonight and early tomorrow morning; expect partly cloudy skies through sunrise.

Where to spot the Northern Lights in Metro Vancouver

Use a DSLR camera to verify a Northern Lights sighting