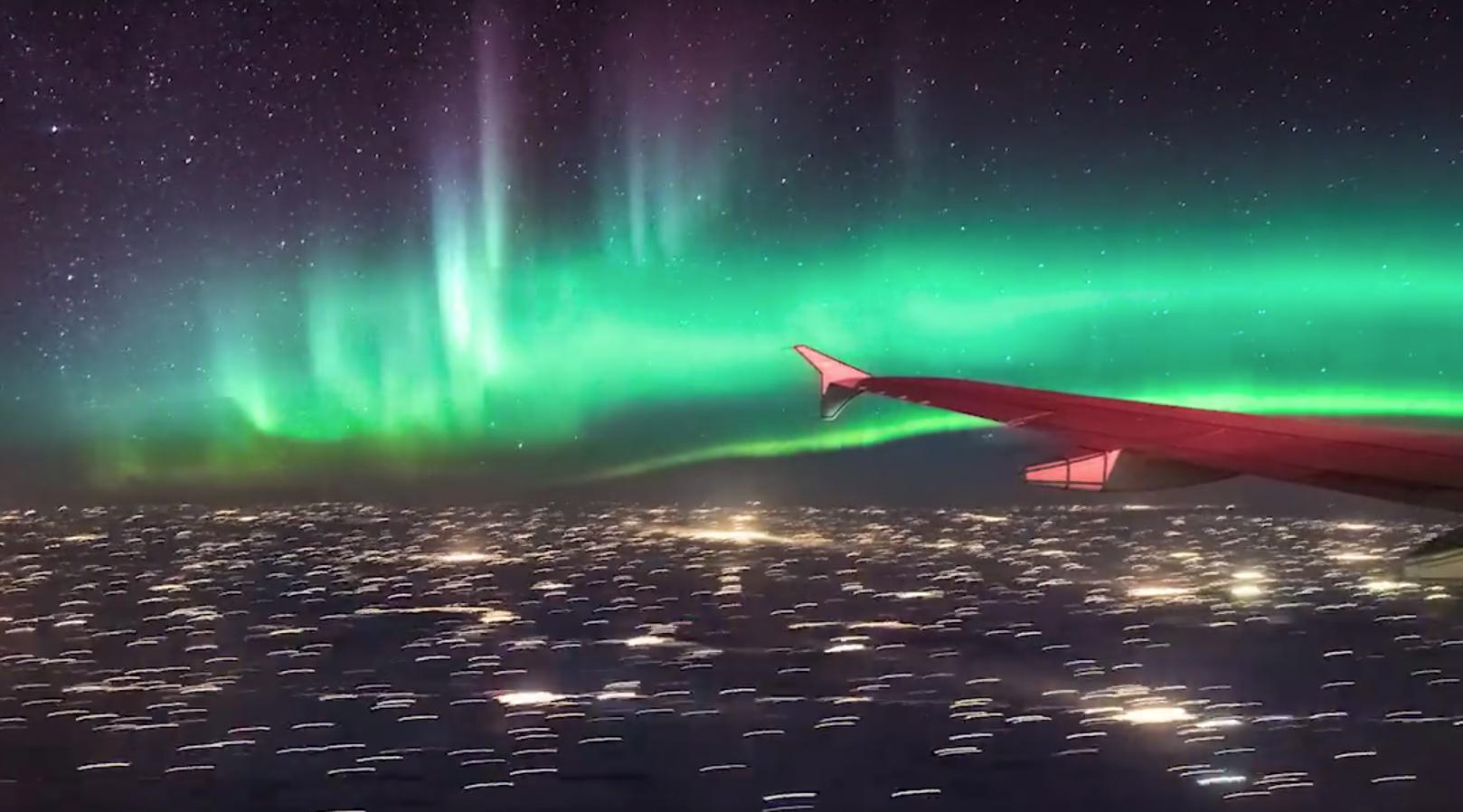 This timelapse is truly out of this world.

Canadian filmmaker Nathan Starzynski was lucky enough to capture the Northern Lights dancing over Canada on a flight from Vancouver to Ottawa, and they are spectacular.

“It was like flying through dreams,” Starzynski told Daily Hive. “When the sky comes dancing vividly to life with spectacular colour and flow, the only course of action is to stop and stare, spellbound.”

But Starzynski, 22, did so much more than sit spellbound. Here the photographer and filmmaker reveals how he managed to capture this gorgeous video.

The North Vancouver man had been watching the aurora forecast, he says, and knew there was supposed to be a G1 geomagnetic storm the night of his Air Canada flight.

So, the day before leaving, on January 30, he reserved a north-facing cheap window seat in an empty area at the rear of the plane.

“I was lucky enough to get an entire row to myself, so didn’t have to worry about disturbing others with photo gear,” said Starzynski.

“I set up a tripod, wedged it against the seat, and pressed the camera lens against the glass.”

Staring out the window in awe

To minimize reflections, Starzynski improvised and used a sweater to black out the window, by stuffing it under the sun visor, then wrapping it around the camera.

“Even while the camera was rolling, I could recline back in the seat and stare out a second window in awe,” said Starzynski.

“By the time we started our descent and the timelapse had finished, I had 1500 photos in total.”

The awesome video, which covers about 105 minutes, captured the beautiful aurora over Alberta, Saskatchewan, Manitoba, and Ontario.

What the view looked like to the naked eye

Starzynski tells us he colour corrected his shots before putting the timelapse together. Here is a GIF he provided to us of the aurora seen with the naked eye from the plane window.

Unbelievably, Starzynski says, he nearly missed out completely, arriving at the airport 23 minutes before take off – almost missing his flight.

But once the light show started, he was mesmerized.

“I had my face pressed against the glass the majority of the flight, while listening to the album Moon Safari by AIR,” he said.

“Even after being lucky enough to witness the magnificent spectacle that is the aurora numerous times, it never gets old.”