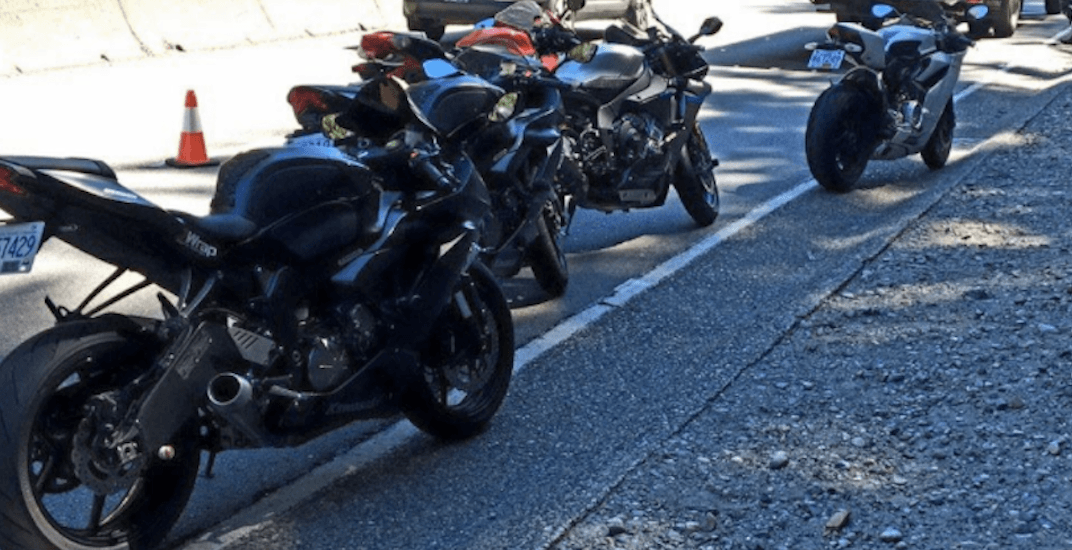 The need for speed this weekend has left six motorcyclists without their rides and facing charges.

Around noon on Sunday, the North Vancouver RCMP received a report of “several motorcyclists driving dangerously and passing other vehicles at high rates of speed.”

A short time later, police found the group of group heading eastbound on Highway 1,  “speeding and driving dangerously while maneuvering in between traffic” near Lonsdale Avenue.

Police created a road block to stop the riders and all were charged with driving without due care and attention. One of the drivers was prohibited from driving as a result of a previous incident and is now to appear in court for Driving While Prohibited.

The motorcycles were all impounded for seven days as well.

“With the good weather, we sometimes see drivers wanting to speed and race as they’re headed to and from the mountains,” said North Vancouver RCMP Const. Brett Cunningham. “We are continuously conducting traffic enforcement… to better educate the public on the risks of dangerous driving.”

All six riders are residents of the Lower Mainland.