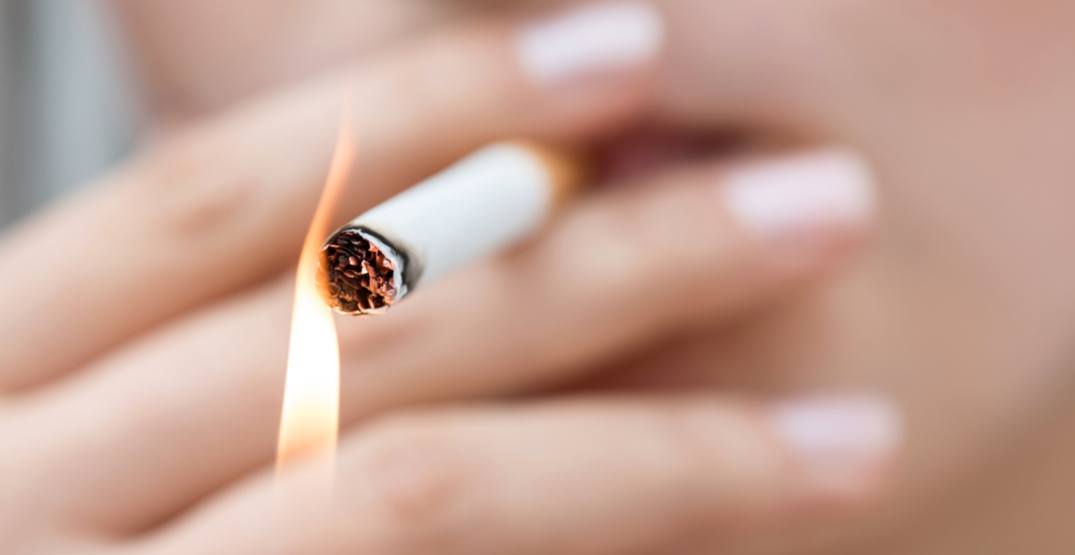 Noting that logistical issues could arise around legal enforcement of such a ban, North Vancouver City Council voted on Monday night not to implement a blanket ban on smoking in the city’s public use areas.

The decision comes after a voluntary ban was put in place five years ago, which was the result of a resident petitioning the city to implement a ban in a one-block section of West First Street.

Last month, that ban was brought back into focus, thanks to a report that suggested the ban could possibly be extended to other parts of the city. The report however, advised against this.

“I think everyone here would like to see the end of smoking in public places,” said North Vancouver Mayor Darrell Mussatto.

The challenge though, he said, “is that if we go and put a bylaw in place that our officers have to enforce… they would have to have the person’s identification and they aren’t allowed to ask for that.”

Such a responsibility would fall to the RCMP who would consider these situations very low priority, he added.

And while City Councillor Pam Bookham said she believes the city ought to be extending its non-smoking areas, she echoed Mussato’s thoughts .

“There seems to be a question about whether we can proactively enforce a bylaw, should we choose to enact one, and the feeling of council is that we have many other things that we want our bylaw enforcement officers to address.”

Bookham said she’s “undecided on enforcement and whether or not it would be good to bring in a bylaw that is more sweeping.”

Ultimately, what the city needs, she concluded, “is a great outpouring from the community that time have changed, public perception has changed, and we would like our public areas to be free of smoke for those who are increasingly among the majority of non-smokers.”