A paraglider in North Vancouver missed the landing zone and had to be rescued after becoming stuck in power lines.

According to a witness, the incident happened at approximately 8:30 p.m. at the intersection of Montroyal Boulevard and Ranger Avenue in North Vancouver’s Canyon Heights neighbourhood. 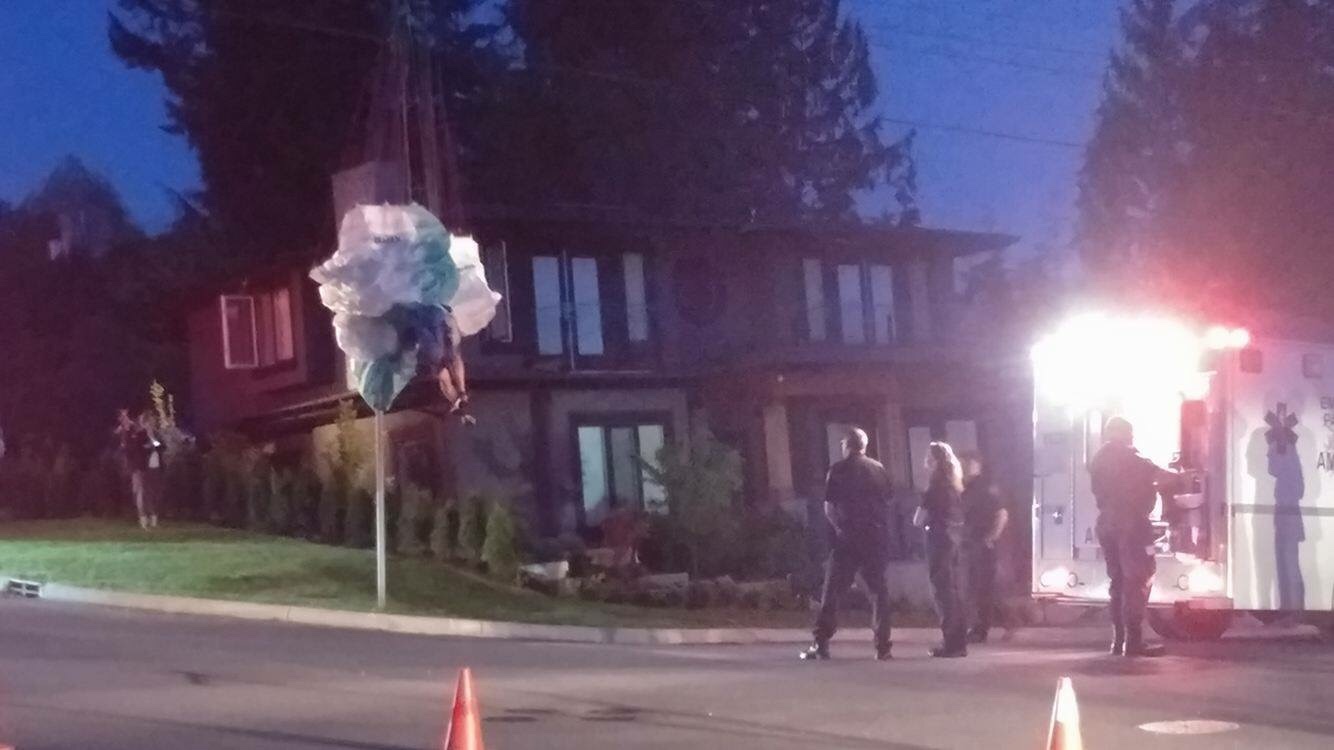 Shortly after at 8:42 p.m., power in the area – affecting approximately 3,000 B.C. Hydro customers – was cut out as a safety measure for the rescue operation.

Emergency responders brought down the paraglider safely onto the ground at approximately 9:30 p.m. The individual does not appear to be injured.

Power was restored to the neighbourhood shortly after the man was taken down from the wires.