The City of North Vancouver passed a motion in council Monday night to require all gas pumps in the city to have climate change warning labels.

Passed! Proud to support this initiative in @CityOfNorthVan and further our leadership in #climatechangehttps://t.co/t7rofGmdCn

The change was an historic move by the city and has earned them congratulations from  environmentalists.

The initiative was launched by a climate change non-profit organization called Our Horizon, and was developed by founder and Toronto-based lawyer Robert Shirkey, who says he’s thrilled with the outcome of this vote.

“I think it’ll have a significant impact. In Canada, we tend to talk about climate change as an upstream problem – that it’s pipelines or offshore drilling – and I think in doing so, we distance ourselves from the problem.”

Shirkey says this is a simple disclosure of risk and it makes people feel a little more connected to the problem.

“By doing that, you’re taking this habitual, automatic behaviour of pumping gas and you’re disrupting it, you’re challenging it.”

Horizon plans to take this globally to the COP21 climate change conference in Paris in December to share with global delegates.

Here’s how climate change warning labels might look on the gas pumps: 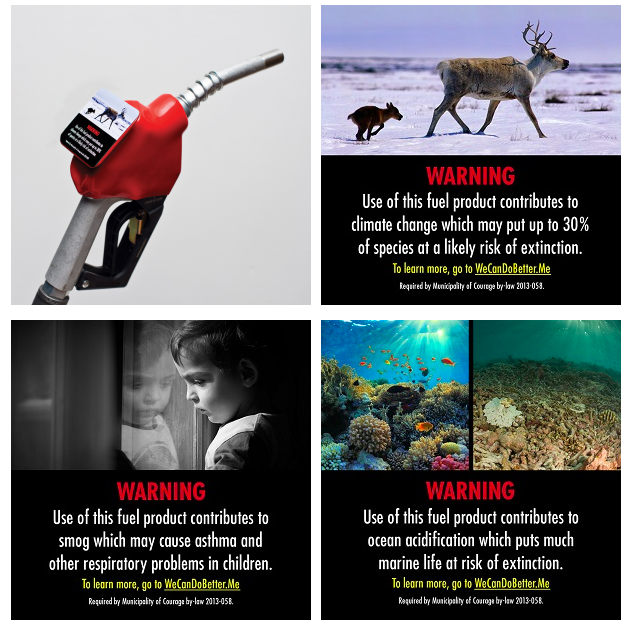