Getting tired of the same old traditional Holiday films like White Christmas? Luckily, we may have a solution with our run down of eight offbeat films to watch this Christmas.

My taste in Hollywood Ho-Ho-Ho might not be everyone’s cup of tea. But sometimes you just need to add a little spice to the eggnog from time-to-time. Am I right?

It’s nice to ditch the traditional holiday fare and expand our horizons every once in a while, so without further ado, here’s my run down of eight eclectic films to watch this Christmas. A  countdown of unconventional, non-traditional and downright weird flicks that are the perfect accompaniment to the festive season. 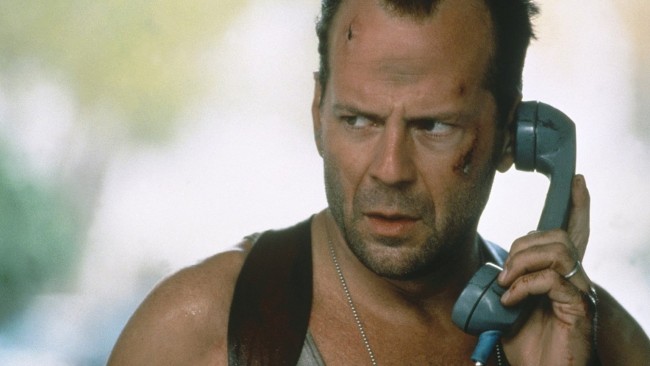 Official Synopsis: New York City policeman John McClane (Bruce Willis) is visiting his estranged wife (Bonnie Bedelia) and two daughters on Christmas Eve. He joins her at a holiday party in the headquarters of the Japanese-owned business she works for. But the festivities are interrupted by a group of terrorists who take over the exclusive high-rise, and everyone in it. Very soon McClane realizes that there’s no one to save the hostages – but him.

Why you should check it out: I’m sorry but it’s not Christmas unless you hear “Yippee-ki–yay, Motherf*%ker!” Sorry for the language, but it does have a nice ring to it. Just like White Christmas is a family staple for some, Die Hard is also a Holiday film tradition for many others. Mostly single men.

There is no better way to ring in the season with a bloody John McLane carrying a machine gun, walking on glass with his bare feet, and of course, killing terrorists. Seems like that narrative stands the test of time. I put this on the list for all my Die Hard loving bros and gals out there. Poor a little scotch on the ground for the sequels and the crap they made after this perfect holiday movie. 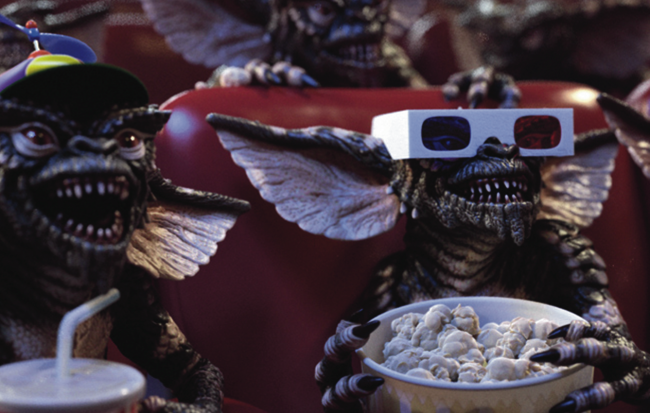 Official Synopsis: A gadget salesman is looking for a special gift for his son and finds one at a store in Chinatown. The shopkeeper is reluctant to sell him the “mogwai” but sells it to him with the warning to never expose him to bright light, water, or to feed him after midnight. All of this happens and the result is a gang of gremlins that decide to tear up the town on Christmas Eve.

Why you should check it out: Remember the 80s where they made creative and original films? Now Hollywood tries to ruin our childhood with remakes. Luckily nobody has tried to screw with the Gremlins yet. Okay, there might have been a sequel that we don’t talk about, but for the most part, this 1984 classic has stood the test of time. Yes folks, it’s a Christmas movie and one that should be watched over and over again. They said don’t feed the cute little mogwai after midnight…so when could you ever feed them? There was never a set time per se. Anyways, there is always time for this film on Christmas. Do it for the children. 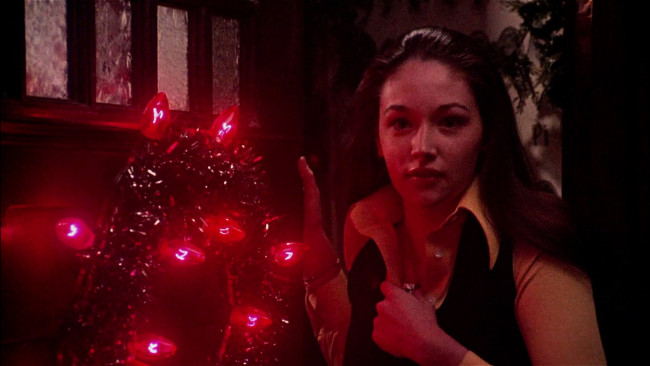 Official Synopsis: As winter break begins, a group of sorority sisters, including Jess (Olivia Hussey) and the often inebriated Barb (Margot Kidder), begin to receive anonymous, lascivious phone calls. Initially, Barb eggs the caller on, but stops when he responds threateningly. Soon, Barb’s friend Claire (Lynne Griffin) goes missing from the sorority house, and a local adolescent girl is murdered, leading the girls to suspect a serial killer is on the loose. But no one realizes just how near the culprit is.

Why you should check it out: Not everyone wants to watch cheesy Christmas films that get more and more nauseating every year. A little horror during the Holidays is always a nice twist to your Xmas movie viewing. It’s crazy how much of a cult favorite this 1974 psychological horror film has become. They tried to remake it in 2006 and that was awful, so our suggestion is to stick to the original recipe for the perfect antidote to festive overload.

Interestingly, this movie is actually regarded as being one of the very first slasher flicks. Helping to blaze the trail for films like John Carpenter’s Halloween (1978). 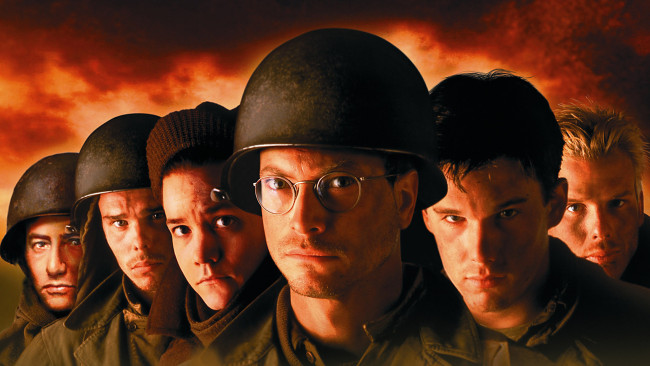 Official Synopsis: This anti-war drama is set in the Adriennes Forest in December of 1944. A group of American GIs become convinced that a nearby graveyard is haunted due to noises created by group of mischievous German soldiers. However, an impulsive hostile act results in the wholesale slaughter of the German soldiers.

Why you should check it out: This is one of those films that a lot of people don’t know about. It’s a little Christmas gem that I remember watching when I was younger and I loved it. Crammed full of talent, A Midnight Clear stars the likes of Peter Berg, Ethan Hawke, Kevin Dillon and Gary Sinise in his film debut.

It’s rated R so it’s not for everyone but there is a great message in it. It’s loosely based on the actual WWI Christmas ceasefire between German and English troops where the two sides met i no man’s land to sing silent night and play soccer. 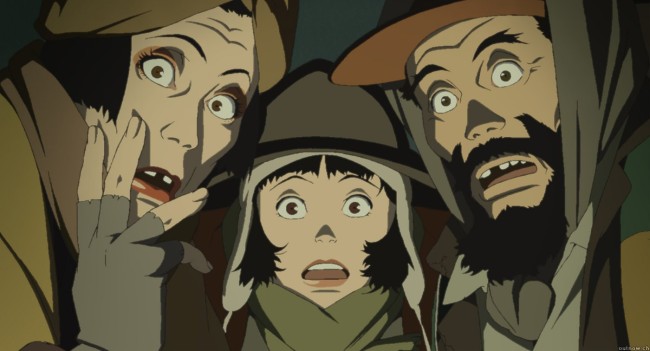 Official Synopsis: Three homeless people – Gin, a former professional bicycle racer; Hana, a transvestite; and Miyuki, a runaway young girl – are living together in Shinjuku, Tokyo. On Christmas Eve, the three discover a baby girl at a garbage dump. They head for the brighter parts of the city where people are enjoying holiday festivities, looking for the baby’s parents. Their encounters with various people result in adventures that force each of the trio to confront his or her own life, which they’ve almost thrown away.

Why you should you check it out: In keeping with the trend of the obscure, this is an anime film that is an interesting watch during the Christmas season. Directed by Satoshi Kon, who also gave us some classics in Paprika and Perfect Blue, Tokyo Godfathers is irresistibly charming, and manages to be funny and incredibly touching all at once. Although the obvious inspiration for this story is John Ford’s similarly titled 1948 Western Three Godfathers, the coincidence filled novels of Charles Dickens are an even greater influence. If you can find this film, it’s well worth adding to your watch list this festive season. 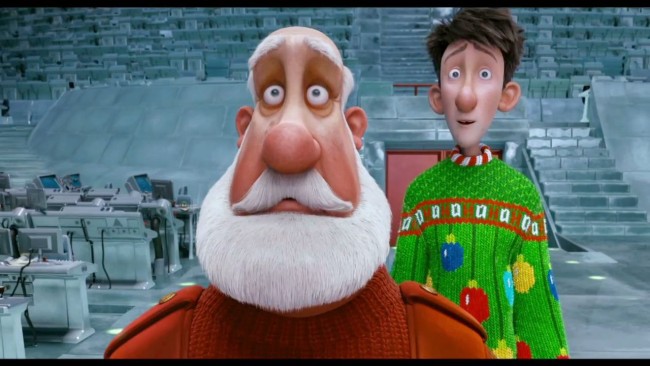 Official Synopsis: Everyone knows that, each Christmas, Santa Claus delivers presents to every last child on Earth. What everyone doesn’t know is that Santa accomplishes the feat with a very high-tech operation beneath the North Pole. But when the unthinkable happens, and Santa misses one child out of hundreds of millions, someone has to save the day. It’s up to Arthur (James McAvoy), Santa’s youngest son, to deliver a present to the forgotten tyke before Christmas morning dawns.

Why you should check it out: Around my house this film has already become a Christmas classic. With a bit of spunk and originality, this animation is best shared with the whole family. It’s fast-paced, lots of fun, entertaining for all ages and surprisingly witty for a kids movie. The film was produced by Aardman Animations who brought us Wallace and Gromit, and Shaun the Sheep. I believe you can currently find this gem on Netflix and is the perfect film to put on if you have kids. 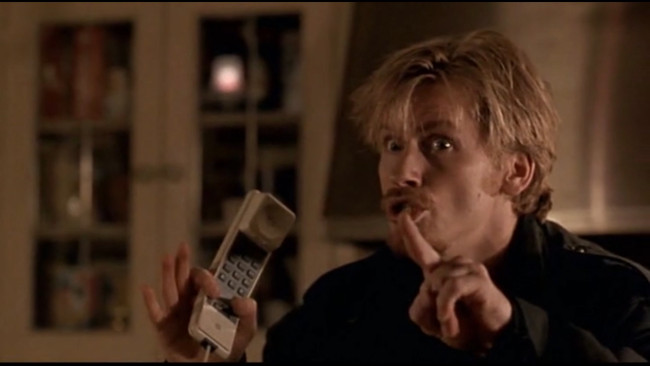 Why you should check it out: This film came out in the mid 90s and got average reviews. But it’s jet-black comedy make it ripe for a reappraisal. At its heart you have two fantastic performances from Kevin Spacey and Judy Davis. Of course it also has Denis Leary doing his whole shtick that still works today. If you’ve never seen this film, or maybe saw it way back in the day, it’s ell worth giving The Ref another go. This is definitely not meant for the whole family. It has a lot of vulgarity and adult humor. Perfect for the holidays. 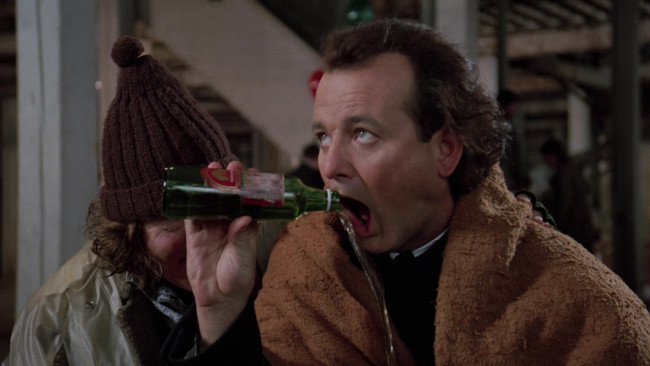 Official Synopsis: In this modern take on Charles Dickens’ A Christmas Carol, Frank Cross (Bill Murray) is a wildly successful television executive whose cold ambition and curmudgeonly nature has driven away the love of his life, Claire Phillips (Karen Allen). But after firing a staff member, Eliot Loudermilk (Bobcat Goldthwait), on Christmas Eve, Frank is visited by a series of ghosts who give him a chance to re-evaluate his actions and right the wrongs of his past.

Why you should check it out: If you must watch a version of the Dickens classic then bring a little Bill Murray into your Xmas tradition. Bill Murray and legendary director Richard Donner never really got along. Some have said that it effected the overall product due to the continuous bickering on set. Personally, I think this is a Christmas classic that will at least make you smile. It has a very dark and cynical edge to it and that’s something I can appreciate at this time of year.