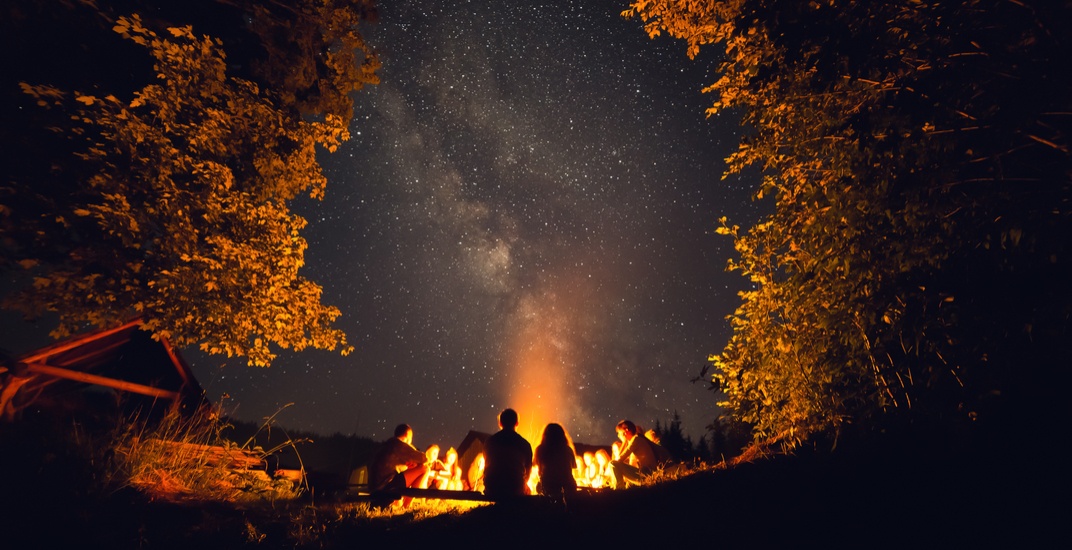 The seeds planted from staring mournfully out the window and watching Into the Wild during lockdown have sprouted into grandiose promises of outdoor adventure. Yet all the YouTube videos in the world showing you how to survive the out-of-doors with only a knife and a water bottle won’t be much use to a first-time or inexperienced camper.

While the basics of outdoor recreation are easy to learn, but more difficult to master, there’s no reason that with some simple equipment and knowhow you won’t be living like a pagan king of the forest.

If you’re as green a leaf as camper but still feel the need to log some serious outside time, we’ve got you covered with some of the basics. 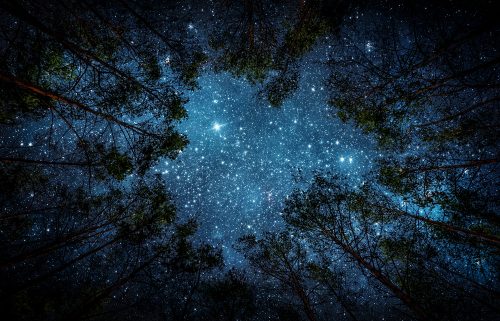 You have a few options when it comes to picking a campsite; it depends on where you’re located and how far you’re willing to go. From sites with bathrooms and WiFi (what’s the point?) to Crown land free for every Canadian and visitor to use for recreational camping, there are options for anyone, including city dwellers willing to get creative about transportation.

Scouting out a great new camping location for a road trip is part of the experience. Find somewhere special; it’s a beautiful and huge country full of natural wonder.

Before leaving, especially if you’re choosing to pitch a tent on public land, check the weather and the municipality for any bans on fires. Always let someone know where you’ll be, and adventure safely. Getting away from it all means just that. 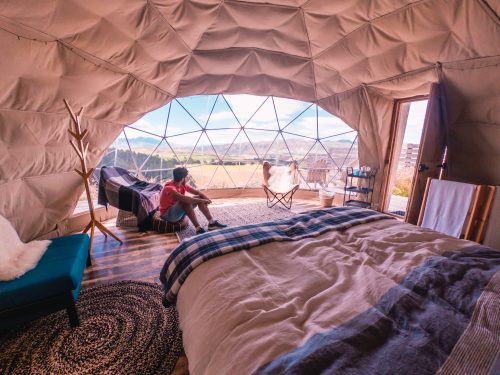 A totally normal tent for a human being to own. (Shutterstock)

Water is often thought of as the most immediate need for survival — and it is pretty important — but the elements can sweat or chill you into some serious discomfort, even if you’ve pitched a tent at the far end of an RV park.

A tent is a basic requirement, but make sure you’re grabbing one that has the room to accommodate everyone you’re bunking with and protect from the elements.

It’s hard to find a tent that doesn’t come with a rain cover. Depending on the weather, you can leave it off to gaze at the stars and let heat escape; just keep it handy in case there’s a sudden late-night shower.

Some tents are even rated for different climates and temperatures. A very basic setup will work during the summer, but if you want to keep camping later in the year as temperatures dip, then look into a three- or four-season tent.

The same logic applies to sleeping bags. Even cheap ones from big-box stores will have a temperature rating. A lower cost will typically mean it’s not rated for very cold weather, but if you’re new or just getting back into camping, there’s no need to break the bank. Pick up something that’ll keep you warm on a cooler spring night, and don’t forget a key piece of kit — a mattress. 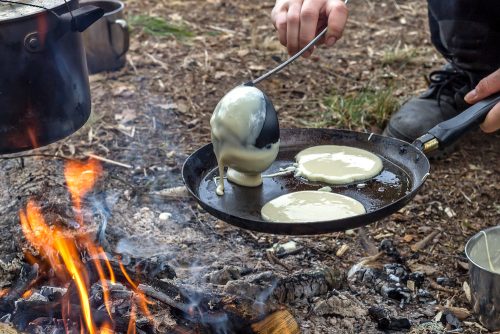 Some of the most fun to be had camping has to do with the food. Classics like hotdogs cooked over a fire, hot marshmallow s’mores, and small boxes of cereal are a definite must for quick snacks, but there’s so much more to be done when enjoying nature.

Invest in a propane camping stove if you plan on using it often, but those looking to pack lighter and save some money can get a small camping wood stove. It’s basically a little metal box that holds kindling and wood. It’s not as quick as a stove, and it cooks things one pot or pan at a time, but it’s good for taking it slow and making the perfect cup of coffee in the morning.

Don’t forget to bring water, especially if you’re away from any amenities. You’ll need it to drink, cook, wash, and clean.

The final piece of this puzzle is keeping it clean. If you’ve headed into the actual forest to camp, food will need to be stored in a car or even suspended between two trees. Raccoons and a few much larger animals might become curious. 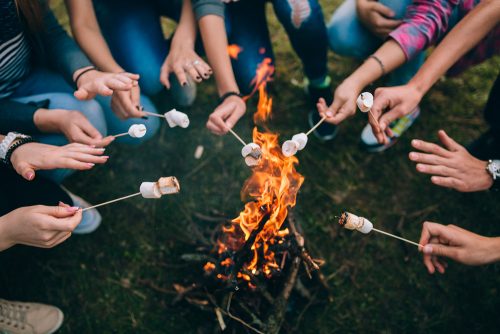 While a fire is not technically a requirement to go camping, it’s an emotional requirement.

Add some dried wood to your gear list. Most commercial campsites will sell it, and it’s not uncommon to see signs for firewood for sale on country roads. It’s a necessity, as wet wood burns poorly and can be difficult to get started.

When building a fire, start small. Ting twigs and wood shavings are perfect kindling (the part that lights first). Gather a bed of preferably dry pieces to place at the bottom. Then building up progressively add larger sticks. Don’t smother the bottom though, as fire needs oxygen just as much as you do.

Use a fire starter to get the little stuff lit. Bunched-up newspaper is good in a lot of cases, but if it’s your first time, pick up some premade fire starters from a local sports outfitter.

Equally important is to pay attention to dry conditions. Wind can send embers and flaming debris outside of your campsite. Clean up as much dry leaves and burnables as possible. Most campsites will have a fire pit to keep things localized if you choose to go that route. 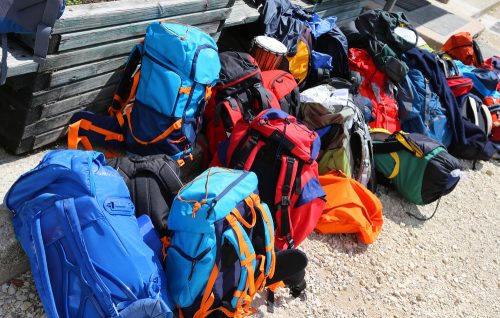 Packing light can be harder than you think. (Shutterstock)

Different types of camping have different types of requirements, and while packing light sounds easy, it’s rarely the case. Try to really consider the things you can go without, but make sure you’re prepared for realistic issues and manage your gear, food, and water accordingly. (Pro tip: a car is really just a giant mobile backpack.)