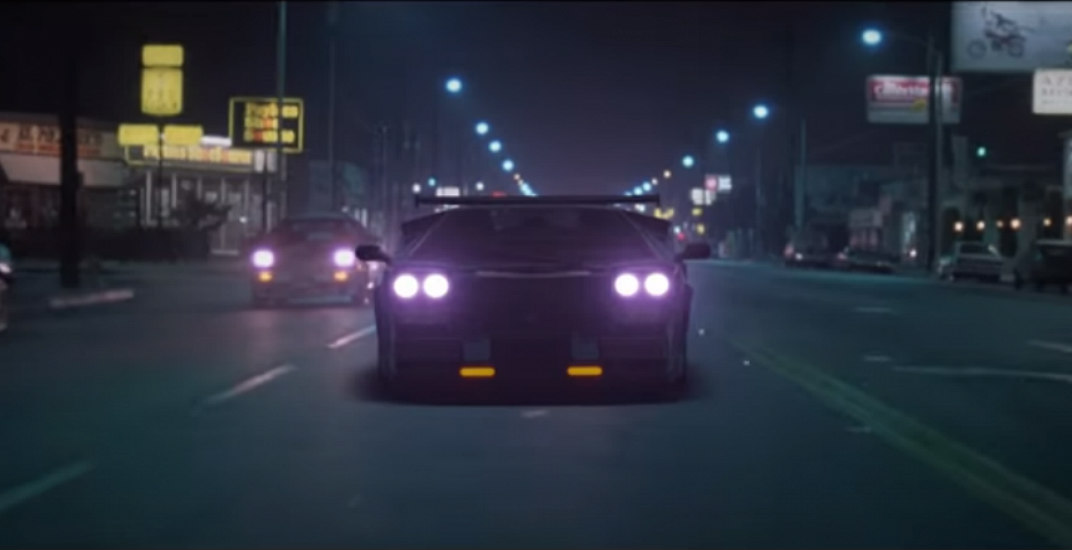 You’ve got to hand it to the big screen producers of the 80s and that’s because they knew how to make a ridiculously good movie.

Take into account the synthesizer-filled music, the retro costumes, and general badass attitude, and you’ve got yourself a memorable era classic. Given this, it’s no wonder that it’s often hard to find films like this in the cinema today.

Set in 1985, the film see’s Daniel McCormack dreaming of sports cars and a brighter future with his girlfriend, Jennifer. One night Daniel stops an assault on several civilians by the notorious Kano Gang who have been overpowering the city of Santa Mira.

Unfortunately, Daniel’s bravery is short lived as he is murdered by Johnny, the gang’s leader. A year later, on a thunderous October night, Daniel rises from his grave seeking revenge on the men who took his life, his future, and his dreams. So you can only imagine what happens next.

“This film is fantastic. As a child of the 80’s it really pulled at my nostalgic heartstrings,” Kay said in a press release. “After failed attempts at funding, I got involved with the goal to get this project finally completed no matter what.”

Kay feels that we need more films like this because the 80’s were such an “awesome time for film production.”

He goes on to say, “today Hollywood simply makes reboots. They have run out of ideas. Indie film is something the world needs. Indie film is true film culture. They represent the filmmaker’s true vision, before money and corporations get involved, turning it into something completely different, just to please sponsors and guarantee corporate profits.”

And it’s not just Kay who’s an 80’s fan. Writer and director of Night Run, Erik Solis, is all about this era and he sees Night Run as an Italian Death Wish knockoff with a supernatural spin. He credits the creation of Night Run to a winter marathon of Halloween flicks, and his love for films, commercials, fashion, and music, from the pre-90s period.

The Night Run team is now calling on you to get involved and they’ve launched an Indiegogo campaign to help with a projected goal of $28,000.

“The film has a lot more than $28,000 into it, but we feel this is about all we need to finally finish what we have,” Kay added. We would love everyone and anyone to get involved. If you can donate, great, if not, please just spread the word, share the video, and listen to the awesome soundtrack”.

You can support Night Run by visiting the campaign now on Indiegogo. Check out Night Run on Twitter and Facebook to get the latest updates.