Canada has already done away with the penny, so could the nickel be next? That’s what Quebec bank Desjardins predicts will happen within the next five years.

Should Canada make the move, eliminating the nickel would have ripple effects on other cash denominations, says Desjardins, and would require coins to be produced in multiples of 10. So, if the nickel gets the boot, so does the quarter.

“Due to the gradual increase in the cost of living and decreased buying power of small coins, the time will come when the nickel will have to be eliminated,” reads the recently released Desjardins study.

But the nickel isn’t the only denomination the bank suggests altering. Despite the introduction of stronger polymer notes, Desjardins notes changing over to a $5 coin will be justifiable due to the evolution of buying power.

Is Canada ready to go completely cash-free, though? Not quite. The banks says the amount of cash in circulation continues to increase at a pace of 4% to 7% per year, and even when nominal GDP is taken into account, there’s still been a slight uptick in the use of cash since 2009. 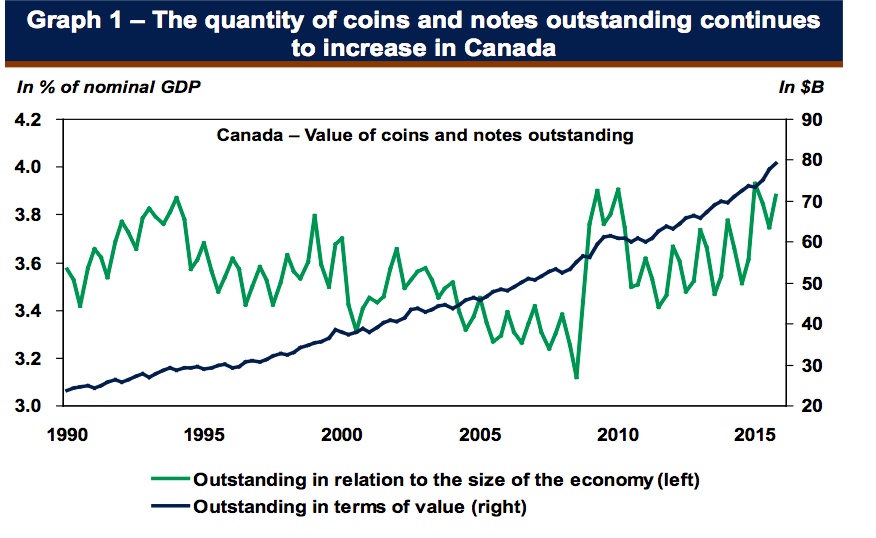 Other countries might be ready to take the cashless plunge, though. Sweden has seen a sharp decrease in the use of cash, which represents about 1.5% of the country’s nominal GDP, compared to 4% 15 years ago. 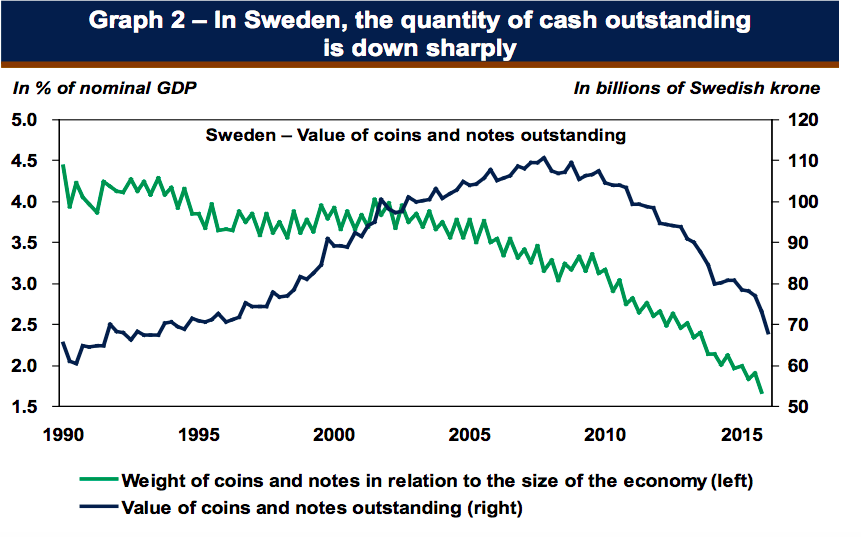 Going cashless could be a positive move towards eliminating underground and illegal activity, says the study, although it could also force criminals to be more innovative. Bitcoins could become a popular method of payment for underground economies, as well as currency from other countries.