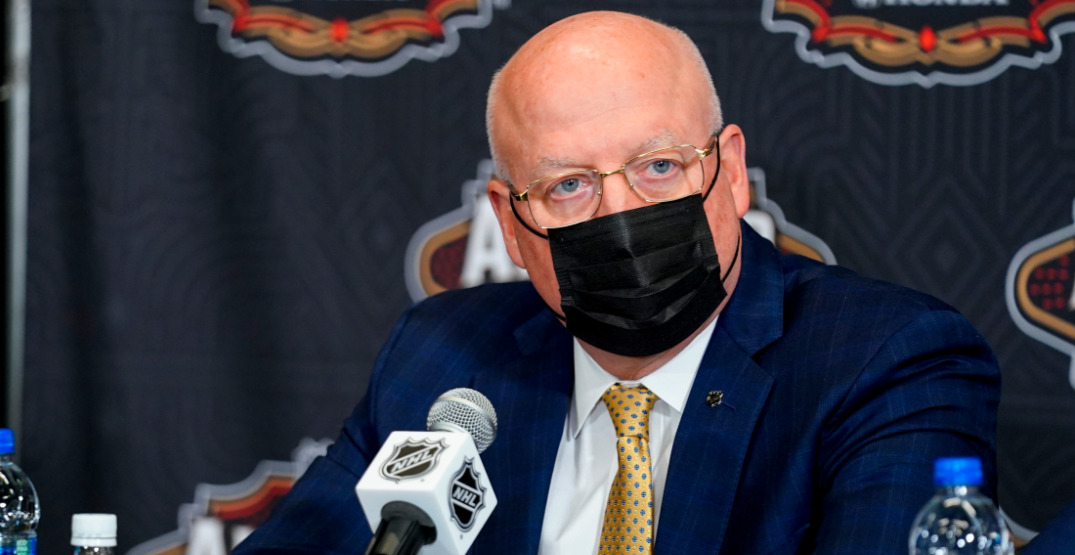 The NHL suspended dealings with the KHL on Monday.

The NHL provided notice to the Russian-based league that they have suspended their Memorandum of Understanding, effectively ending communication between the KHL and NHL as a result of Russia’s invasion of Ukraine.

The NHL instructed its teams to “immediately cease all dealings [direct or indirect] with the KHL and KHL Clubs [and all representatives of both], as well as with player agents who are based in and continue to do business in Russia,” according to a memo obtained by Frank Seravalli of Daily Faceoff.

It’s the league’s latest effort to cut ties with Russia after its invasion of Ukraine. Russia launched a full-scale invasion of the neighbouring eastern European country of Ukraine on February 24.

The NHL announced last week that it was suspending relationships with business partners in Russia, and paused Russian-language digital channels and social media sites.

“These two actions have been initiated by the council in order to enable the IIHF to ensure the safety of IIHF Championships and all participating players, officials, and fans,” the IIHF wrote in the release.

“The IIHF is not a political entity and cannot influence the decisions being taken over the war in Ukraine,” said IIHF President Luc Tardif. “We nevertheless have a duty of care to all of our members and participants and must therefore do all we can to ensure that we are able to operate our events in a safe environment for all teams taking part in the IIHF World Championship program.”