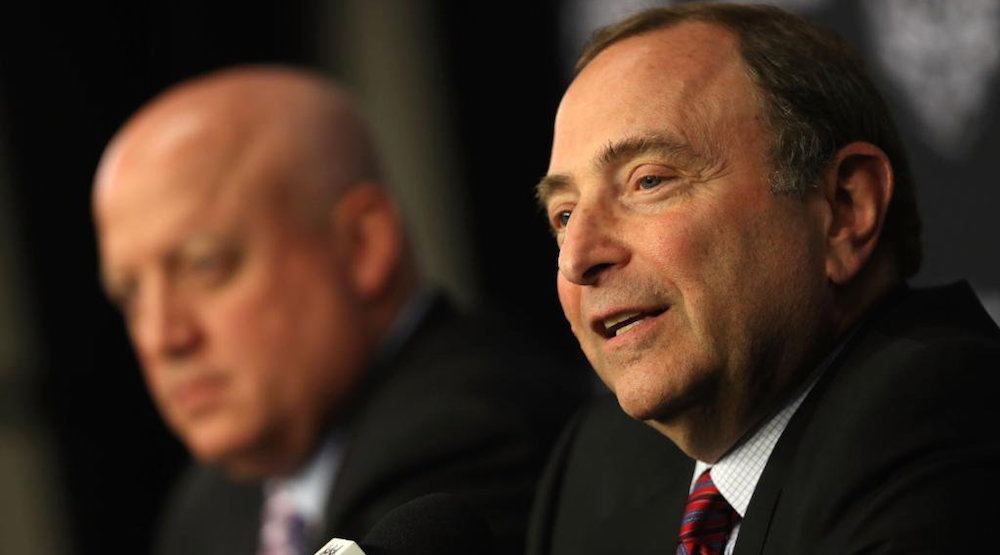 The hockey world is not happy.

NHL not going to the Olympics 😢 pic.twitter.com/9qfgi9FFQ3

The announcement doesn’t come out of nowhere. It’s been something both the NHL and NHLPA have been negotiating for awhile now.

Everyone knew it was a very real possibility. That doesn’t make it any less heartbreaking for fans and players though. Many made sure to voice their displeasure publicly.

Way to ruin the sport of hockey even more Gary #Olympics

I can't say I'm shocked about the NHL and Olympics. NHL's primary interest is, and always has been, making money and protecting assets.

good thing we won't get moments like this again. fans didn't enjoy this at all. pic.twitter.com/e9DVg7pc1A

Jonathan Toews spoke passionately at the All-Star game about playing in the Olympics. Not sending the best is "misrepresenting our sport." pic.twitter.com/o8uKnHh2hQ

Disappointing news, @NHL won't be part of the Olympics 2018. A huge opportunity to market the game at the biggest stage is wasted..

But most of all, disappointing for all the players that can't be part of the most special adventure in sports..

And we go live to Gary Bettman, who just took the podium. pic.twitter.com/sP2j5FulIR

A few were able to point out one positive of the announcement – the increased exposure for women’s hockey.

My one positive about the NHL not going to the Olympics: Women's hockey is now going to be on the biggest stage it's ever had.

You know who will send professional hockey players to the Olympics? the NWHL & CWHL.

From a business standpoint, you can understand why the NHL came to this decision.

For one, the cost of sending all the players to South Korea – and being liable for them – is not very attractive. It also creates a disruption in the NHL season.

To be fair, the NHL did say they would go to the Olympics if the players agreed to extend the current CBA, but that deal never materialized.

Even with the NHL not on board, we may still see NHL players at the Olympics if the player chooses to go and gets permission from their team.

Will be interesting to see if federations ask NHL clubs to loan players. Ovechkin has said he intents on going and his owner supports him…

Alex Ovechkin has expressed interest in going to the Olympics, and he definitely isn’t the only player who feels that way.

Much is still unknown about how this whole situation will play out and the effects it might have on the next CBA, or a potential lockout.

One thing is clear though; Bettman is not a popular guy right now.