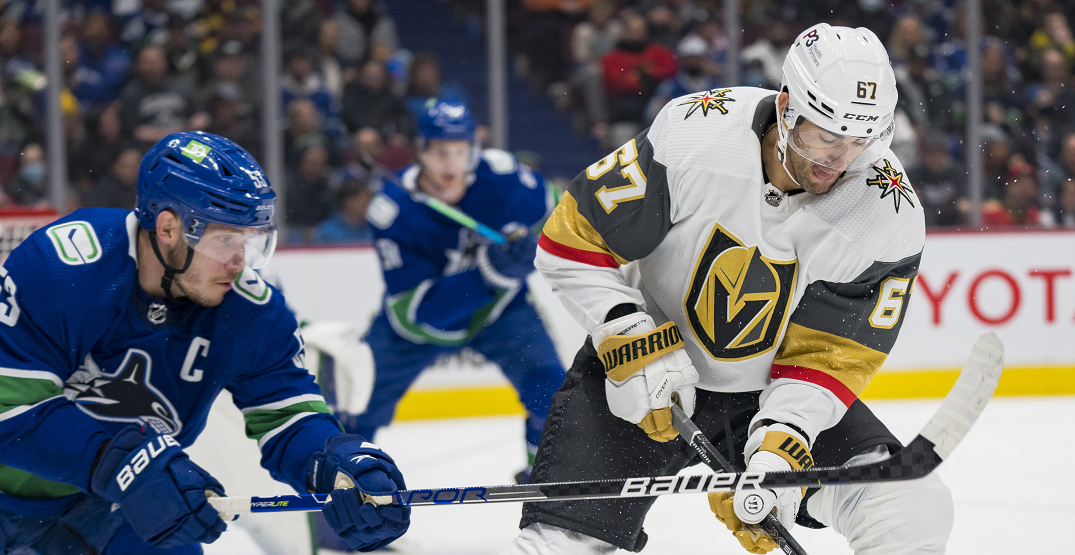 Who doesn’t love a good argument about the NHL playoffs’ format?

The 2022 Stanley Cup Playoffs schedule is set, with 16 teams set to compete for the NHL’s ultimate prize. But it wouldn’t be the playoffs if we didn’t spend a little bit of time arguing about how it could be different, or in this case, more like professional basketball.

The biggest difference between the NBA and the NHL postseason is the the play-in tournament, first introduced in the 2020 postseason.

The NHL flirted with a play-in tournament that same year due to the COVID-19 pandemic, allowing 24 teams in the postseason, eight more than usual.

But while the NHL went back to the 16-team playoff, the NBA made their play-in permanent, allowing 20 teams the chance to have a shot at the league’s championship. Eight teams — seeds 7-10 in both conferences — fight for a playoff seed through the play-in tournament, with two winners per conference moving on under the current format.

If you’re the seven or the eighth seed, you win your first game, you’re in as the seventh seed. If you lose the first game, you play the winner of the 9-10 game (the loser of which is out).

If the NHL adopted the NBA’s play-in format, here’s what it would look like for this season.

A classic Crosby vs. Ovechkin one-gamer to determine a playoff spot, assuming Ovechkin can get back from his upper body injury.

We’d also get a Mat Barzal/ Jakub Voracek clash, though you can imagine that’d be a harder sell to a neutral audience.

Nashville and Dallas faced off in the 2019 playoffs, with the Stars coming out with a 4-2 series win.  And then of course, we’ve got the Golden Knights/ Canucks play-in game in the 9/10 spot. One game at T-Mobile Arena to decide if your season continues, before a trip east to the loser of Nashville/Dallas. It’d be madness!

Is there anything more inevitable than a Leafs-Bruins first-round matchup every couple years? No matter what format the NHL picks for the playoffs, it seems these two are destined to clash against each other.

Tampa and New York faced off against each other in the 2015 Eastern Conference Finals, though we’d hardly call that a rematch seven years on.

The Western Conference matchups would undergo a bit of a shakeup, although it’s admittedly not the most intriguing of schedules when it comes to playoff rivalries so far. The Flames and the Kings haven’t met in the playoffs since 1993, while the Blues and Oilers have never met in the playoffs.

If the Canucks were to make it through by winning consecutive games, they’d end up matching up against the Presidents’ Trophy winning Colorado Avalanche in round one. Tough luck!