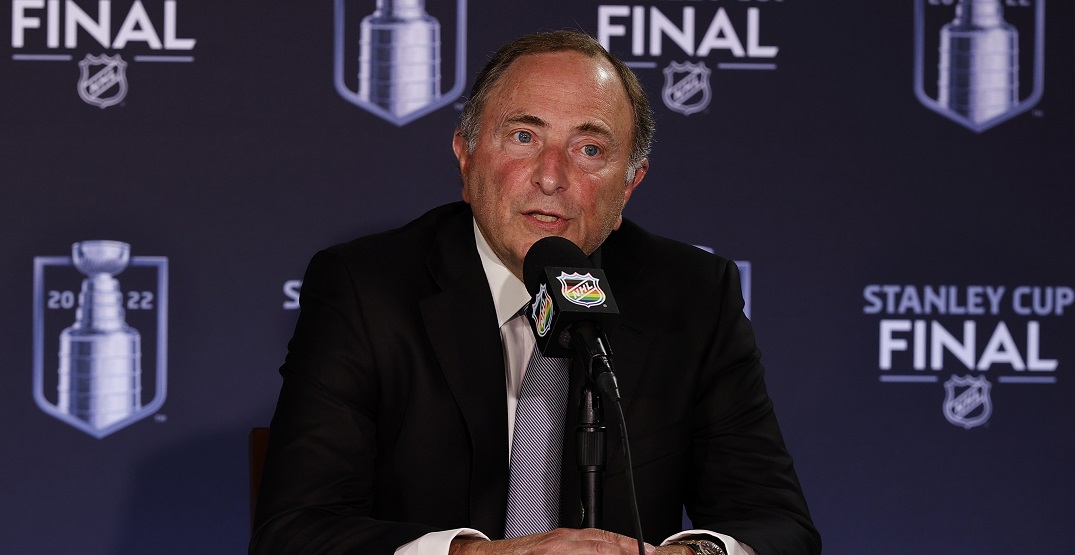 When the 2022 Colorado Avalanche look back at their Stanley Cup presentation photos, there’s one person who will be missing from them: NHL commissioner Gary Bettman.

Dealing with a bout of COVID-19, Bettman was away from the ice, missing his traditional Stanley Cup presentation.

Deputy commissioner Bill Daly did the presentation instead.

Bettman got a few boos when his name was mentioned by Daly, but it was much more muted than most years. Daly handed off the Stanley Cup to Avalanche captain Gabriel Landeskog after offering both teams congratulations for the series.

“With a tremendous regular season and a dominant playoff performance, they’ve climbed the mountain again and are on top of the mountain,” Daly said.

Landeskog took a quick lap around the ice, before handing the Cup off to Avalanche defenceman Erik Johnson.

It’s not often — if ever —  that Gary Bettman would miss a Stanley Cup Final game since he was initially named NHL Commissioner back in 1993. His condition was kept under wraps right up until the final presentation, with Sportnset’s Chris Cuthbert announcing the news over the air.

Sunday’s win was Colorado’s third Stanley Cup in team history, having previously won in 1996 and 2001.