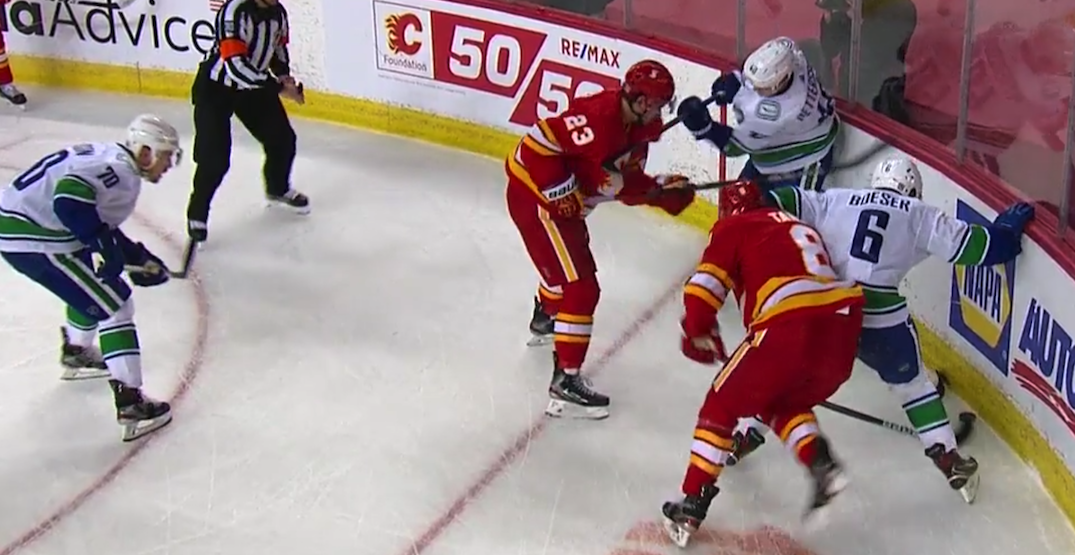 The NHL has decided to hit Elias Pettersson in the wallet after he hit Sean Monahan with his stick on Monday.

The Vancouver Canucks star has been fined $3,987.07, which is the maximum allowable under the NHL-NHLPA collective bargaining agreement, for slashing.

Pettersson swung his stick at Monahan, hitting the Calgary Flames centre in the chest, which appeared to be in retaliation to a pair of minor crosschecks while battling for the puck in the corner.

Pettersson was assessed a penalty for high-sticking, and was still in the box when Elias Lindholm scored a power play goal while Calgary had a 5-on-3, to give the Flames a two-goal lead late in the second period.

Pettersson told reporters it was a “dumb penalty” after the game, and talked about “letting the team down.”

“I was just disappointed in myself for being selfish,” he said.