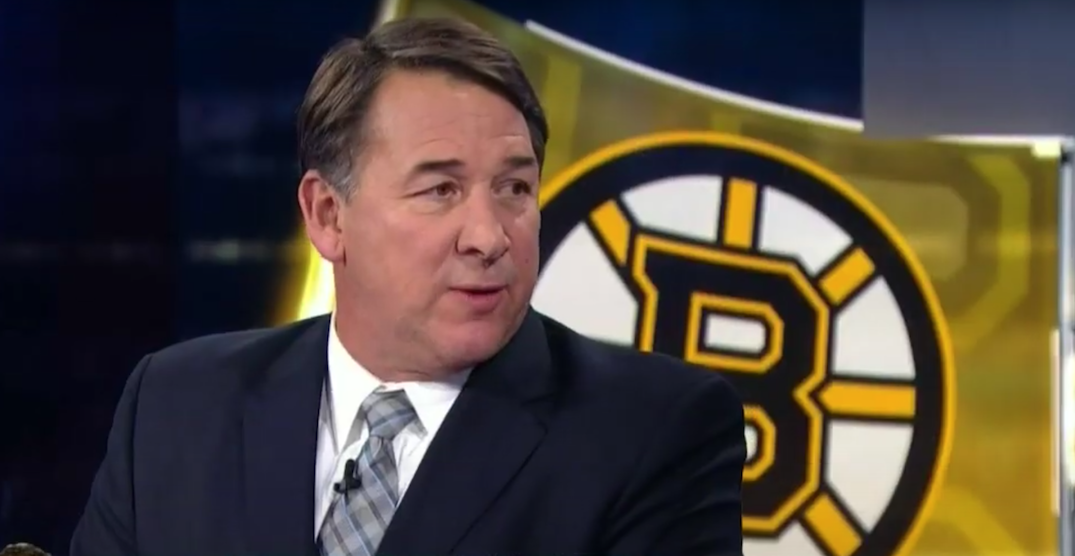 The NHL has condemned Mike Milbury’s comments during a recent broadcast on NBCSN, calling them “insensitive and insulting.”

The former hockey player and coach made a comment during Thursday’s broadcast that was not received well by many.

Speaking about life in the bubble for NHL players, Milbury joked that there’s “not even any women to disrupt your concentration.”

The NHL, which champions the “Hockey Is For Everyone” initiative, released a statement on Friday, noting that Milbury’s comments do not reflect its values.

“The National Hockey League condemns the insensitive and insulting comment that Mike Milbury made during last night’s broadcast and we have communicated our feelings to NBC,” the NHL said in the statement. “The comment did not reflect the NHL’s values and commitment to making our game more inclusive and welcoming to all.”

Milbury will not work tonight’s game between the Montreal Canadiens and Philadelphia Flyers as scheduled, according to a report from John Shannon.

“It was not my intention to disrespect anyone,” Milbury said in a statement, according to ESPN. “I was trying to be irreverent and took it a step too far. It was a regrettable mistake that I take seriously.”