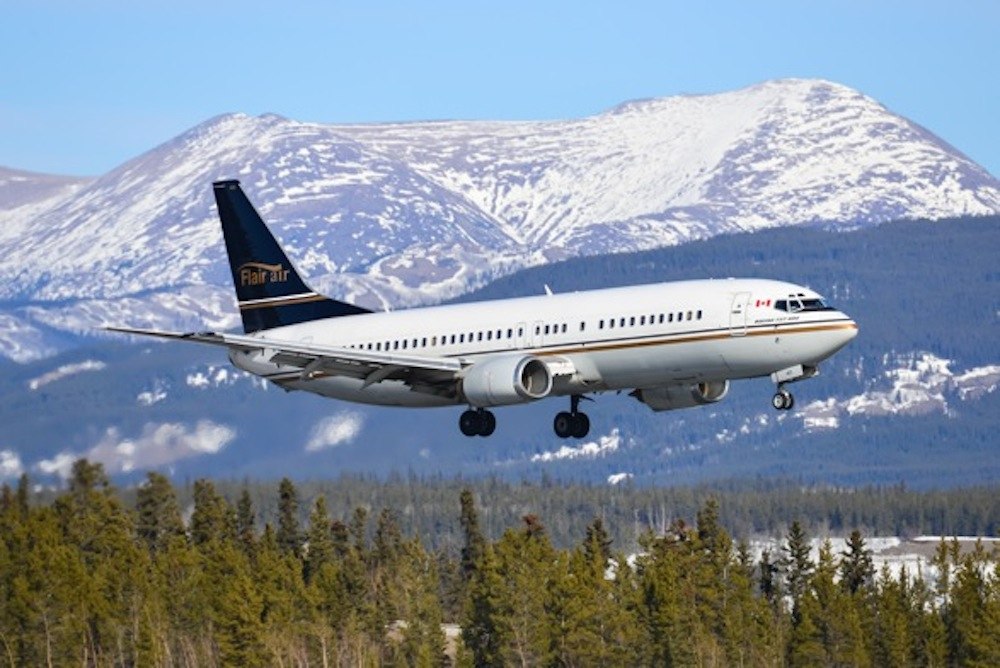 NewLeaf announced today that it will be offering super cheap fares on a number of regular direct flights from Abbotsford International Airport (YXX) to domestic destinations such as Edmonton, Winnipeg, Hamilton, and Halifax. An 80-minute flight to Edmonton starts at just $19 while a nine-hour cross-country flight to Halifax will hover at approximately $200.

And passengers on these flights can use coach bus transportation to get to YXX from a newly designated NewLeaf bus stop at SkyTrain’s Surrey Central Station in downtown Surrey. The bus service will begin on Monday, November 14, operating 11 times a week on the same days that NewLeaf flies to Abbotsford.

“We include the fees for the bus in the fare, so when you buy your tickets you buy a service from Surrey all the way to Halifax,” Jim Young, the President and CEO of NewLeaf, told Daily Hive. “The bus transportation to and from is included in the fare.”

However, the price does not include carry-on and checked baggage, priority boarding, and in-flight drinks and snacks. These come at an additional price.

NewLeaf launched over three months ago and currently operates in nine cities across the country. Calgary will be added as the 10th city next month, with seasonal flights from Calgary International Airport to Abbotsford, Halifax, Hamilton, and Moncton.

It uses a fleet of 150-seat Boeing 737-400 aircraft supplied by Kelowna-based Flair Airlines.