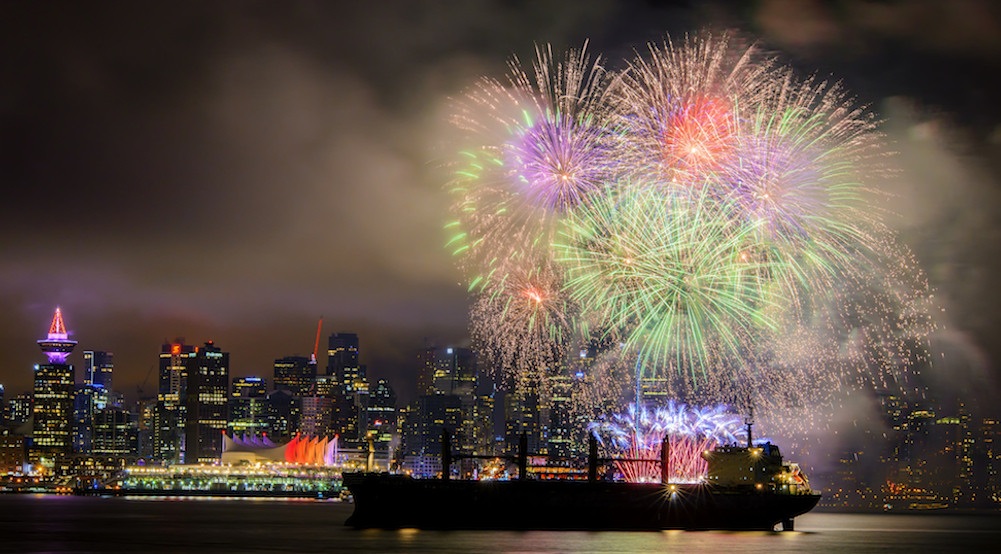 Overall attendance figures for the Coal Harbour area were slightly less than last year largely due to snowfall throughout the day, leading right up to the 9 pm Family Fireworks. Crowds were initially slightly slow to pour into the festival site in Coal Harbour, but it picked up quickly soon after the early fireworks show when road conditions in the city of Vancouver quickly began to improve.

There have been reports that many eager revellers in the suburban municipalities were turned away when transit bus services became inoperable in heavy snow conditions. While many bus routes were affected, all three SkyTrain lines and SeaBus ran smoothly despite the weather.

“With over 80,000 individuals in attendance last year, we were well-prepared for this year’s turnout. More ticketed indoor and outdoor zones ensured everyone had an opportunity to enjoy live performances and firework shows,” said Dani Pretto, chair of the Vancouver New Year’s Eve Celebration Society, in a statement.

There were also more and larger fireworks shells for both the 9 pm and midnight finale fireworks shows.

“The world-class musical lineup, combined with more than 25 food vendors and a brand new countdown clock, made this year’s celebration the most memorable to date.”

Daily Hive is proud to be the founding organization of New Year’s Eve Vancouver, which will return on December 31, 2017.

Note: The article originally stated that the attendance was 70,000, but an official updated attendance figure by the Vancouver Police Department and the City of Vancouver pegs the actual attendance at 105,000.