For the first time in more than a decade, Vancouver will reinstate a yearly tradition by ringing in the New Year with a fully-inclusive and family-friendly countdown celebration to midnight. Held in downtown Vancouver, NYE VAN will be a free, public event on December 31, 2014 that will include live music, multicultural programming and entertainment, and fireworks. 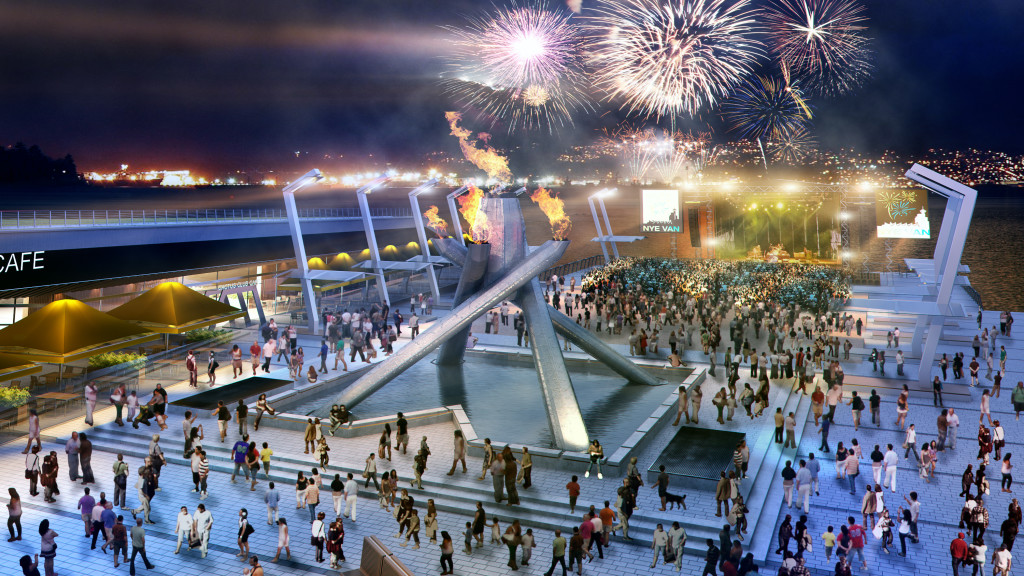 Fundraising, planning and execution efforts for the annual celebration will be coordinated by the newly established Vancouver New Year’s Eve Celebration Society. This not-for-profit community initiative was founded by local news, lifestyle and entertainment website Vancity Buzz and has since grown to include:

The Society will be working closely with the City of Vancouver in the planning of the event.

“There are already thousands of people in the streets every New Year’s Eve and they are all looking for a centralized public area to go,” said Sumal and Chan.

“It’s exciting to see community partners stepping up to bring a New Year’s celebration back to Vancouver,” said Mayor Gregor Robertson. “Vancouver is known worldwide for its major festivals and events throughout the year, but there is a definite need for a significant family-friendly New Year’s Eve celebration. The City will be working closely with the organizers on planning for the celebration and I look forward to it taking shape as we move toward New Year’s Eve 2015.”

With New Year’s Eve 2014 fast approaching, NYE VAN is launching to let people know that plans are in the works for a celebration next year, and to encourage community groups and local businesses to step forward to partner on NYE VAN 2015.

NYE VAN 2015 is built on the foundations of successful major civic event planning strategies and the continuing inspiration provided by the 2010 Winter Games and annual events such as the Celebration of Light and Canada Day at Canada Place.

As an annual celebration, Vancouver’s New Year party will bring the same kind of fun, free, energetic public celebration seen in cities across Canada and around the world.

Highlights of the inaugural NYE VAN celebration in downtown will include:

Revelers are expected to partake in celebrations that will promote community identity and foster a greater feeling of belonging within Vancouver. It will drive positive economic impact within the local economy and create new tourism marketing opportunities for the region. It also builds upon Jack Poole Plaza’s usage as an active, year-round community hub.

”The downtown business community is excited to be a founding partner in this new free, public event,” said Charles Gauthier, President & CEO of the Downtown Vancouver Business Improvement Association. “It will be a great complement to the many private New Year’s Eve parties already taking place downtown.”

“Every year, we have countless inquiries from visitors asking for information on family friendly New Year’s countdown celebrations in Vancouver,” added Paul Sontz, Manager of Cultural Tourism at Tourism Vancouver. “We’re excited to be able to fulfill this request with an inclusive celebration that encourages visitors and locals to ring in the New Year together.”

For more information on NYE VAN 2015:

Conceptual renderings for NYE VAN were designed by LNG Studios, while the logo, branding and official event website were created by Pinetree Creative. 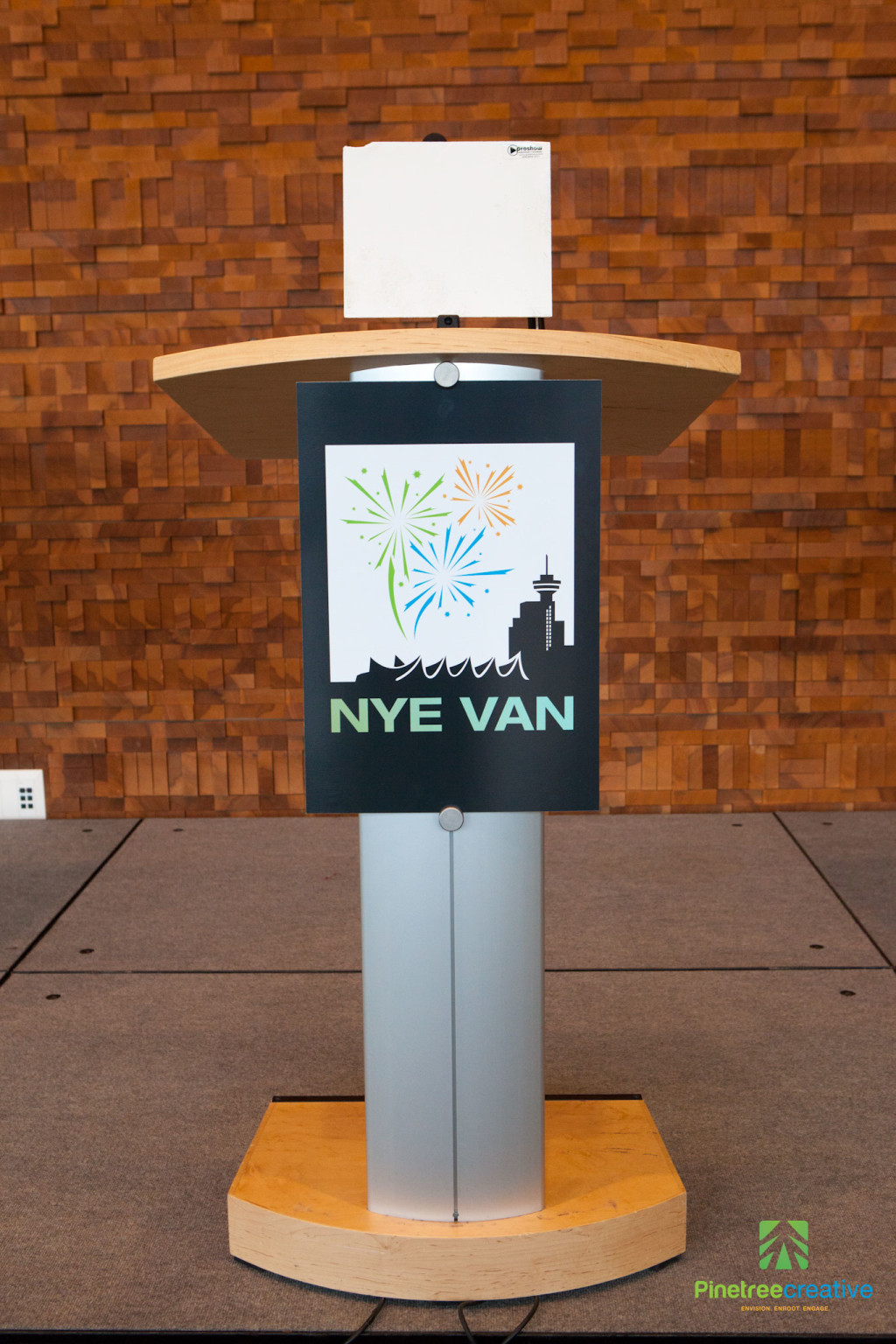 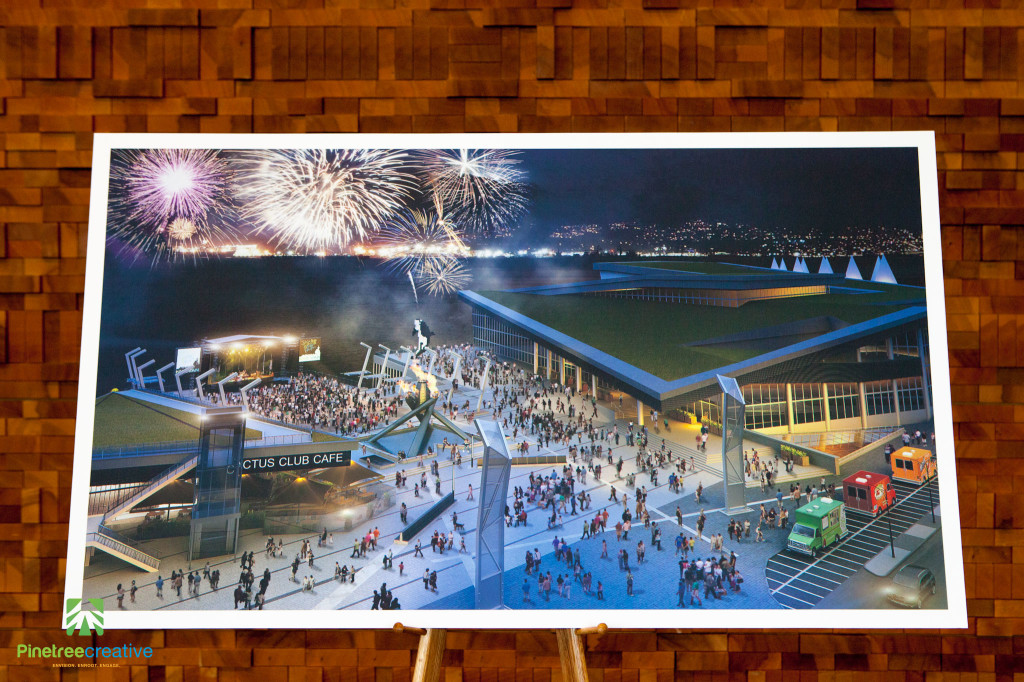 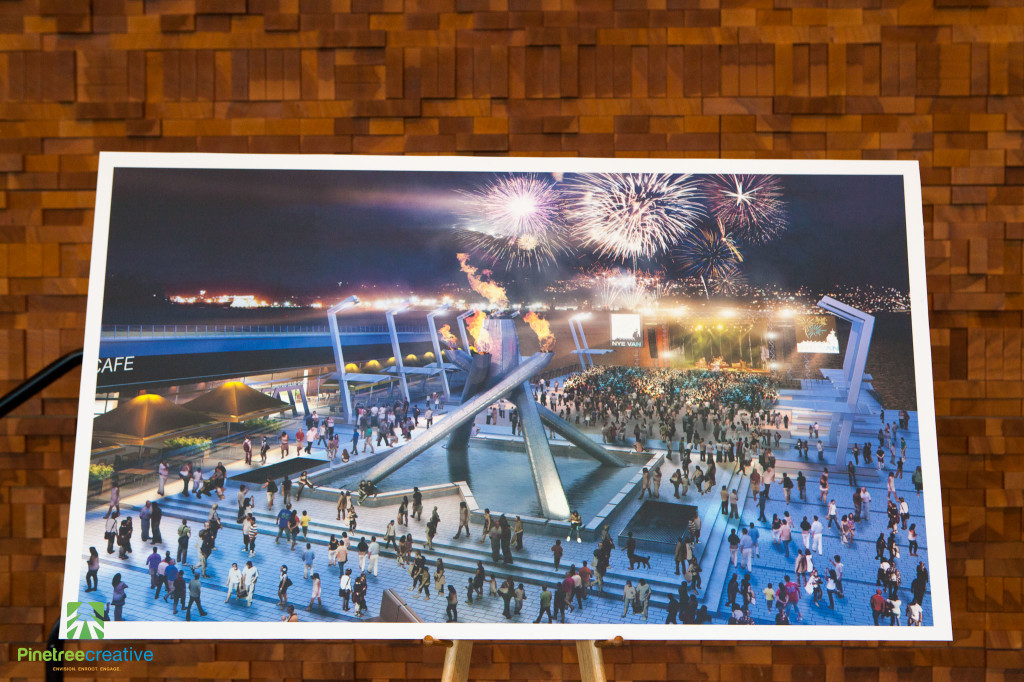 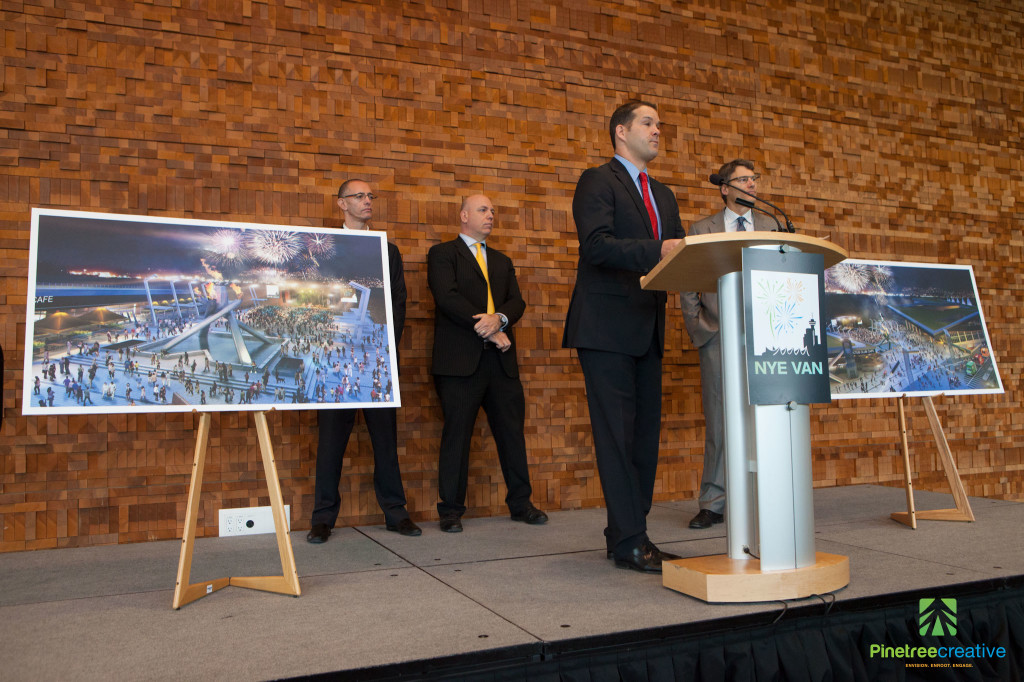 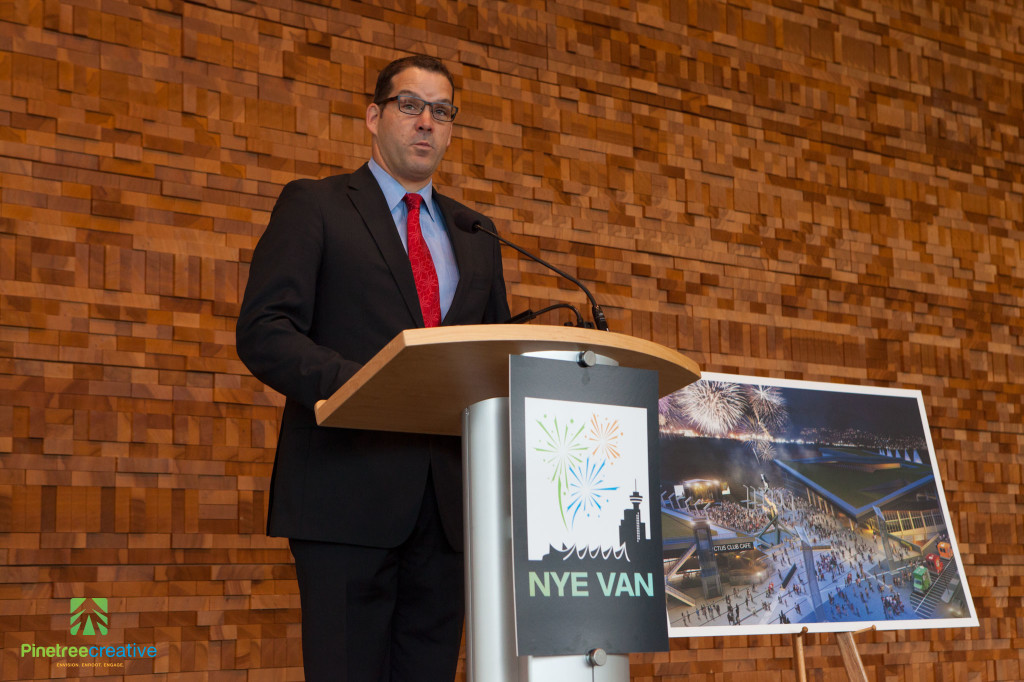 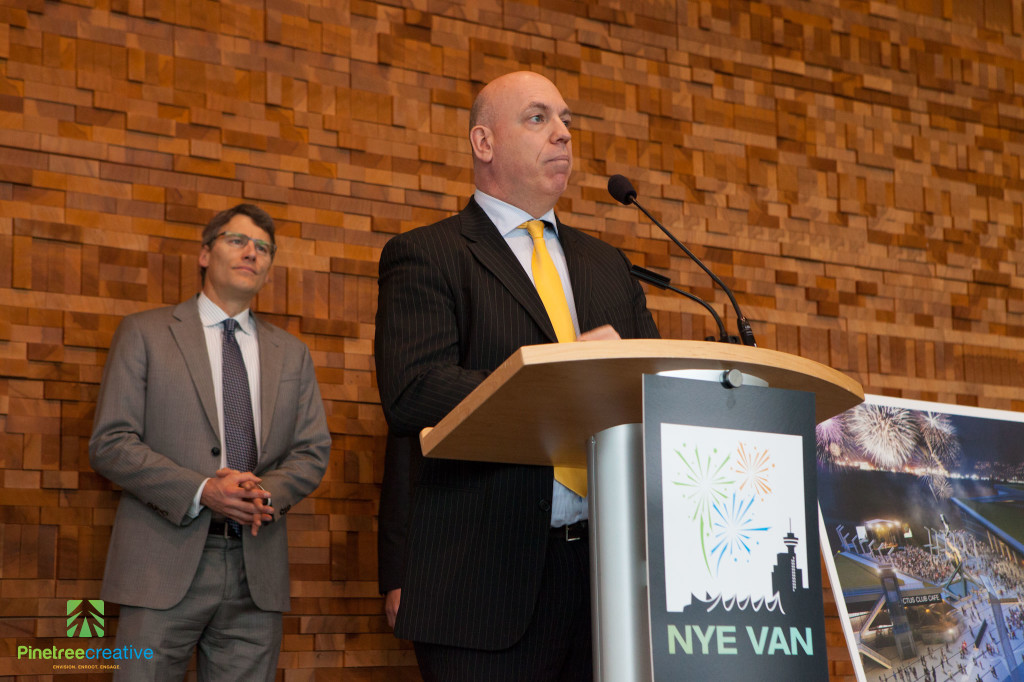 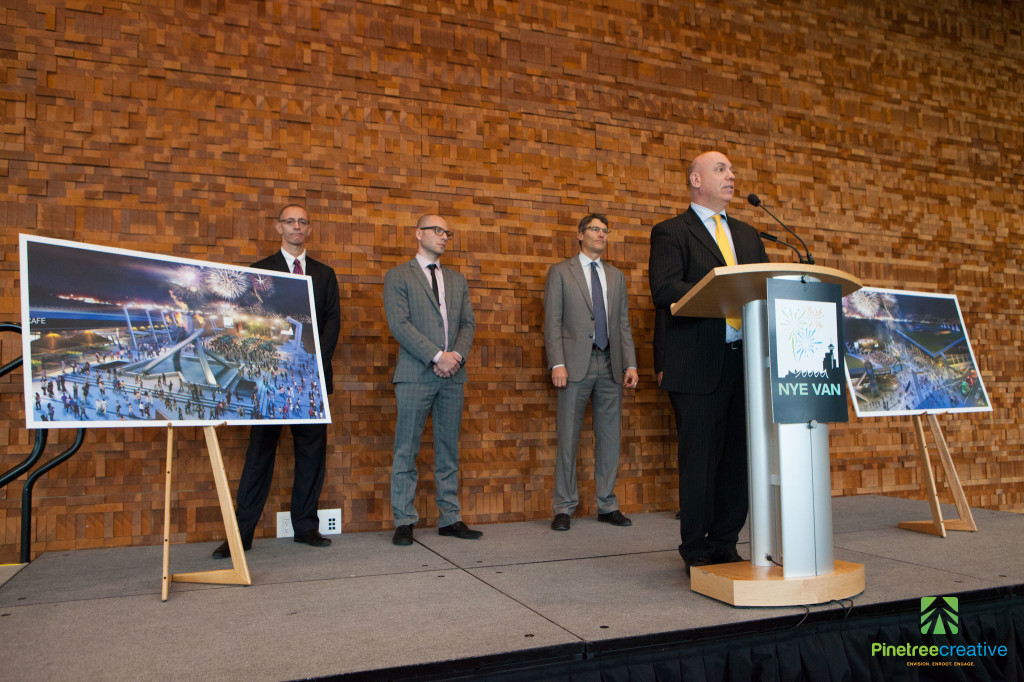 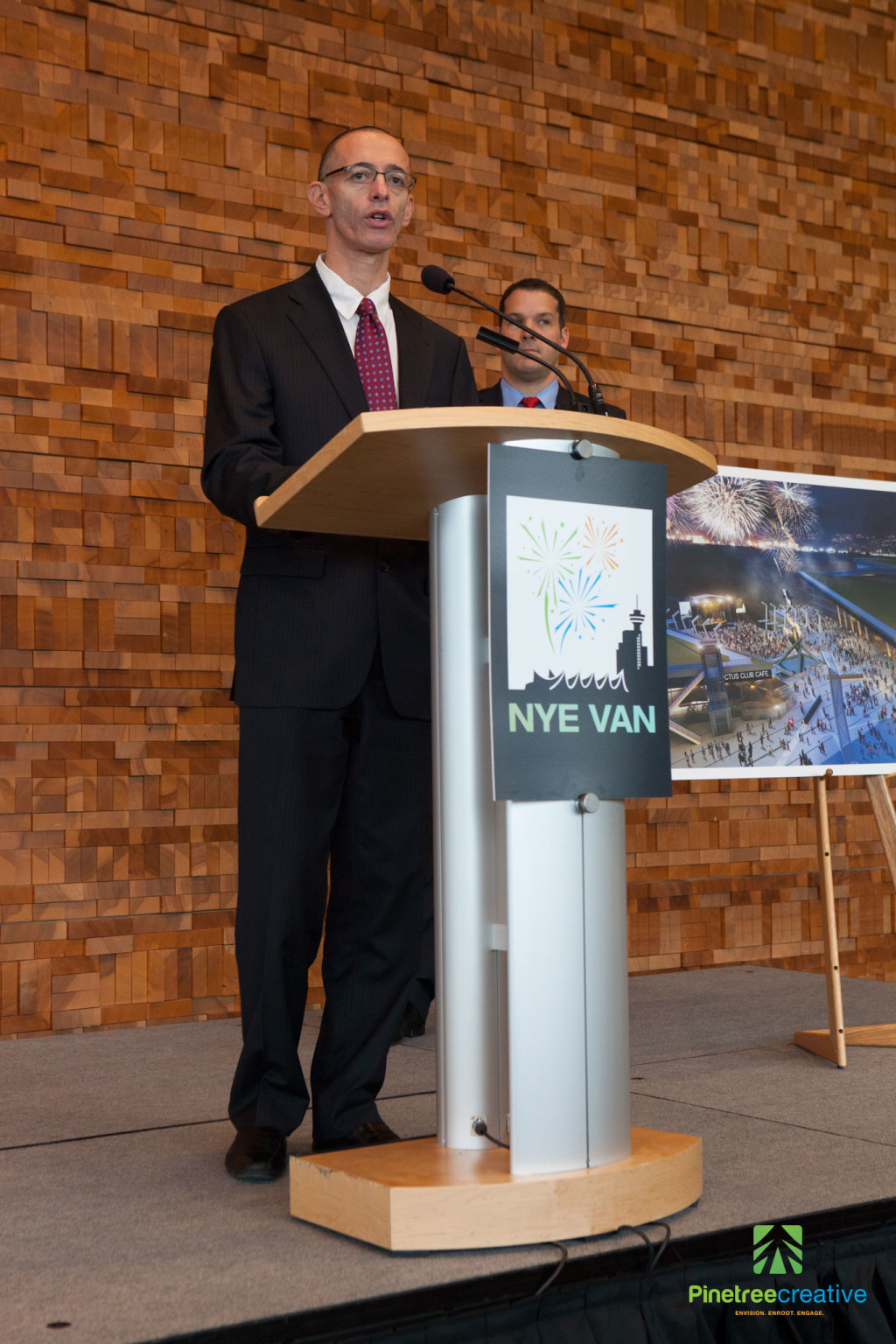 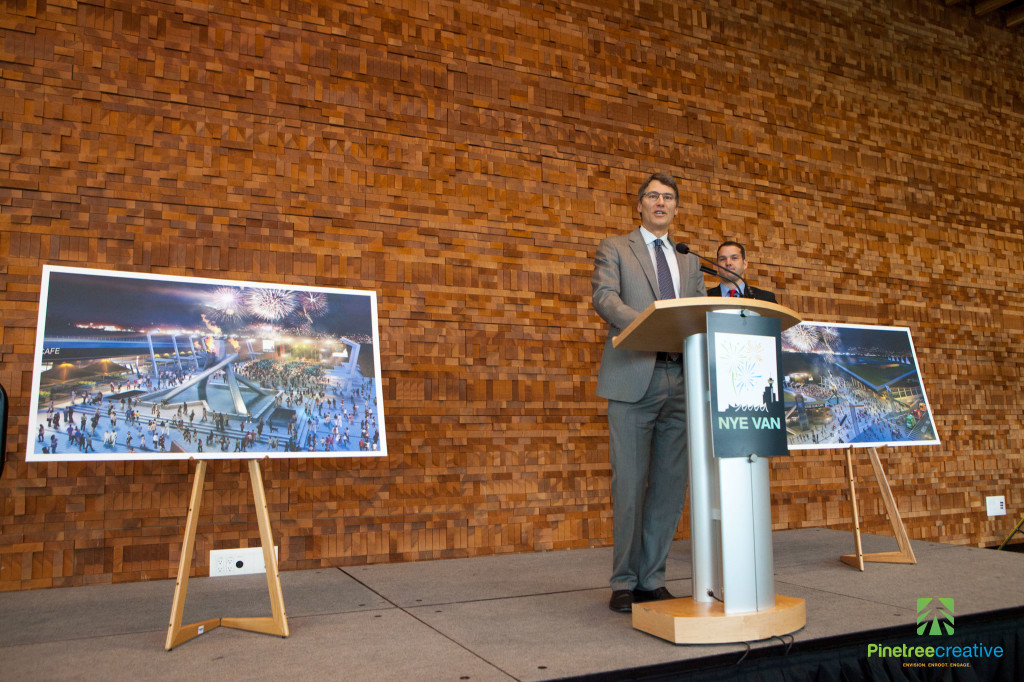 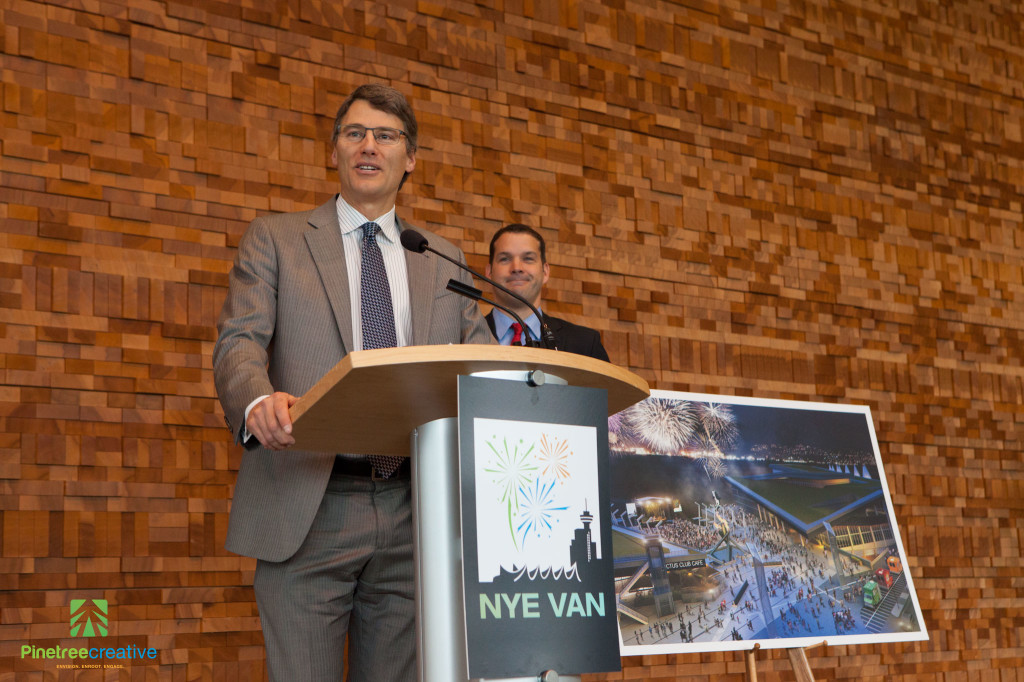 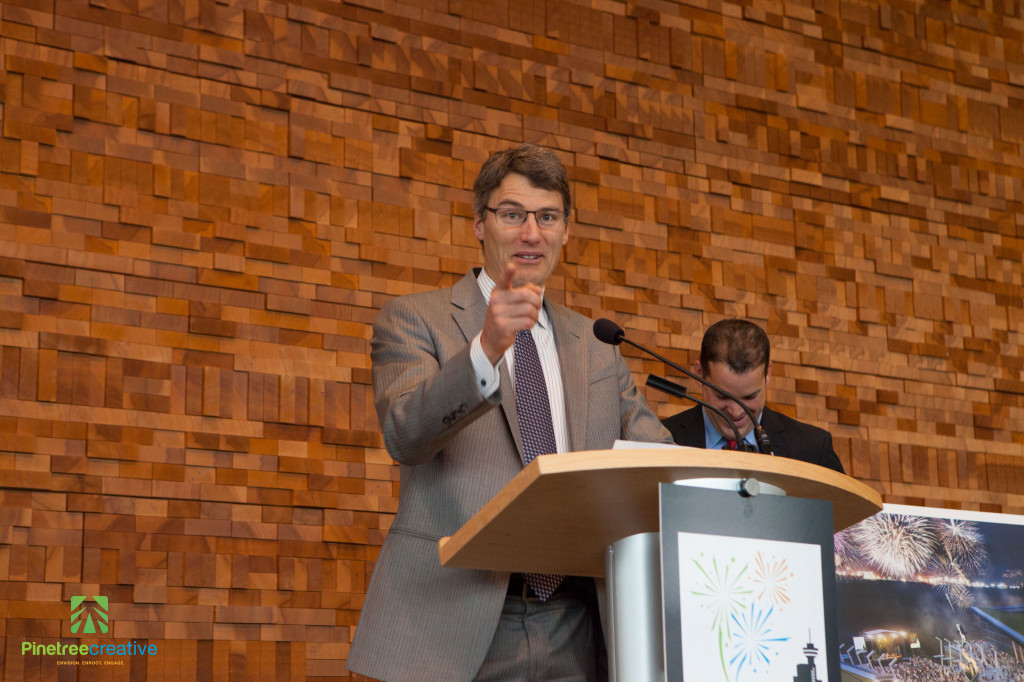 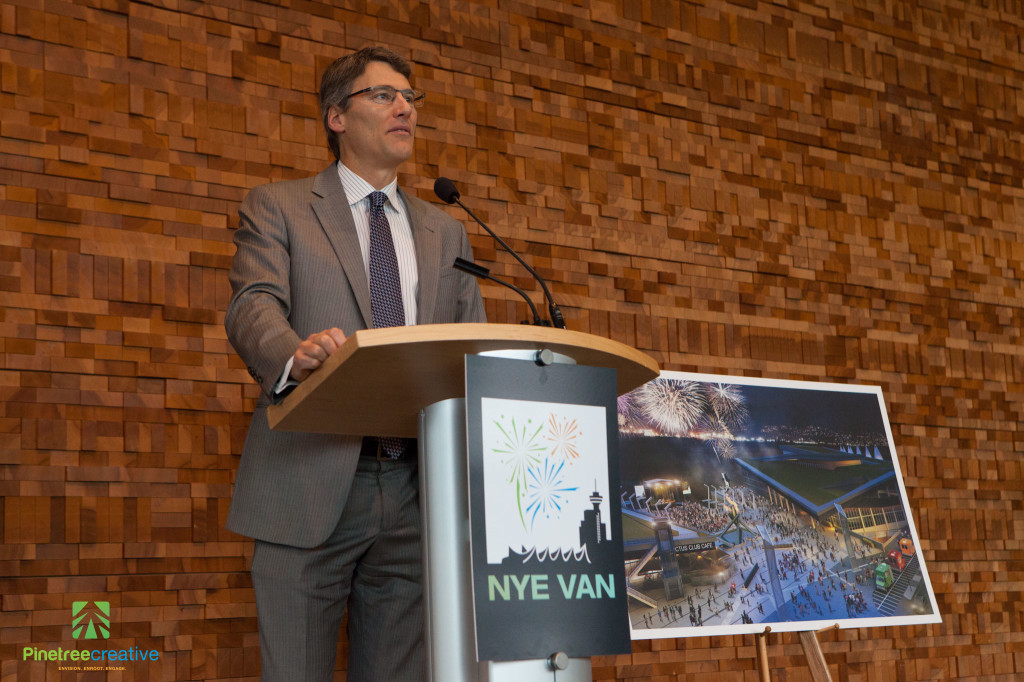 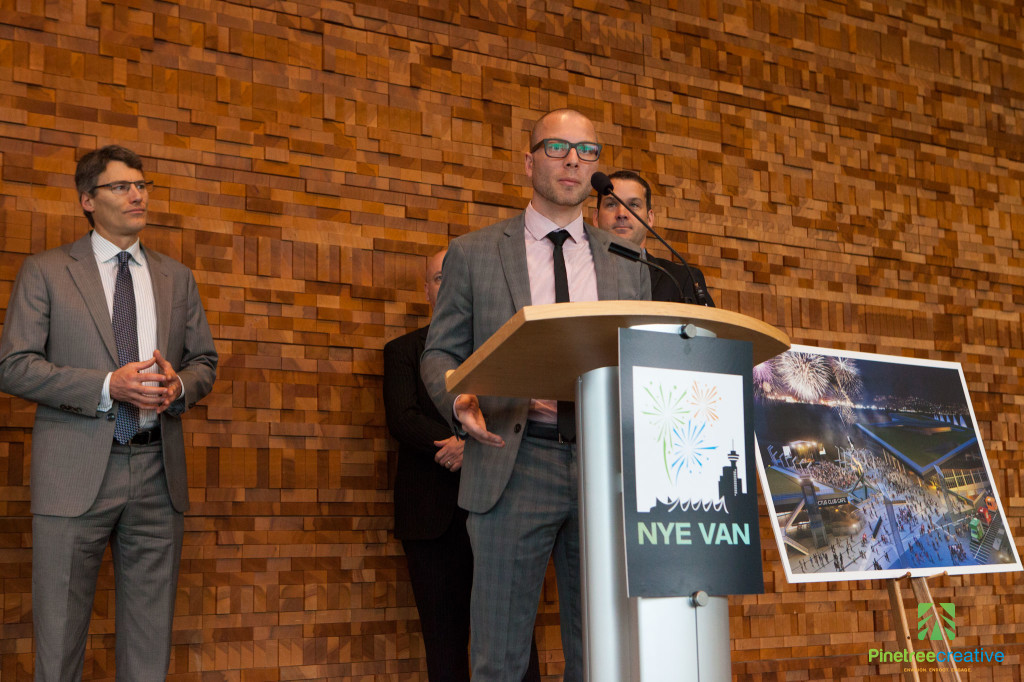 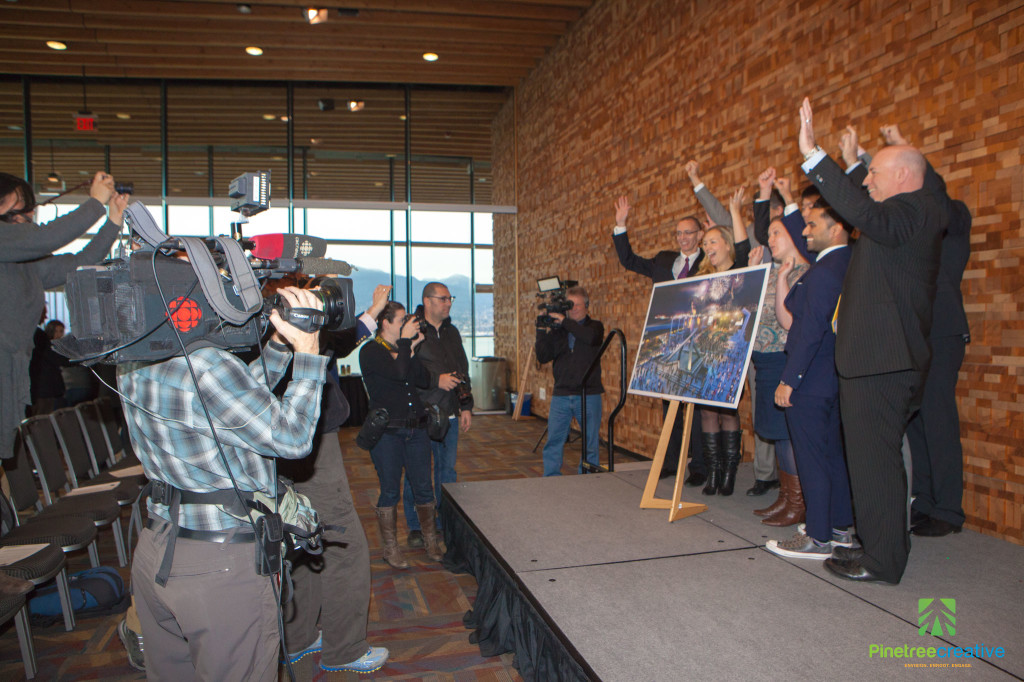 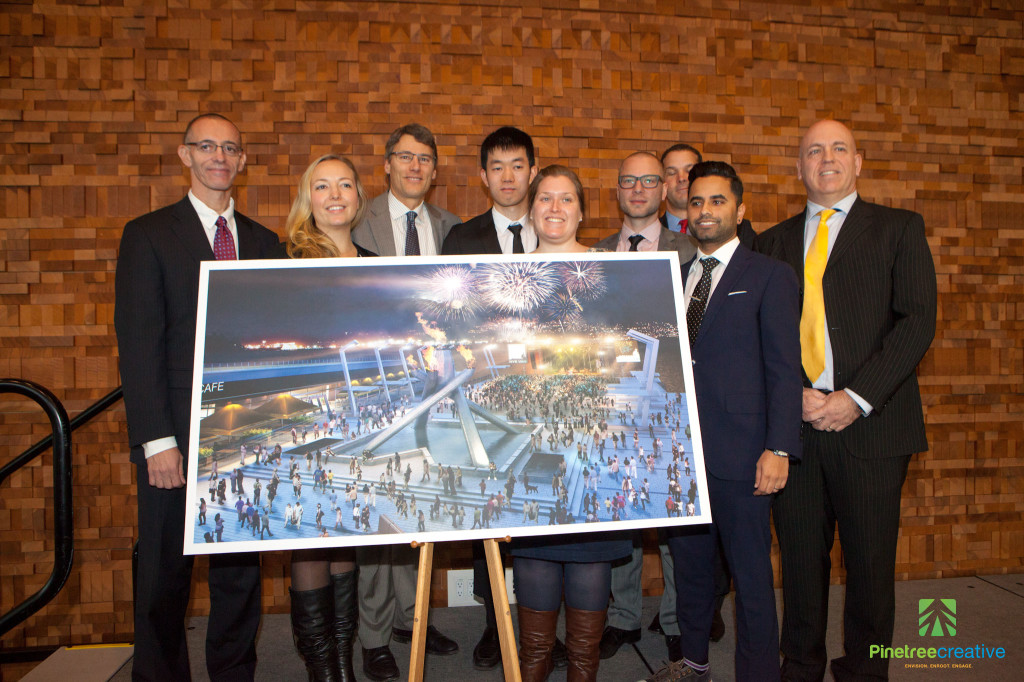 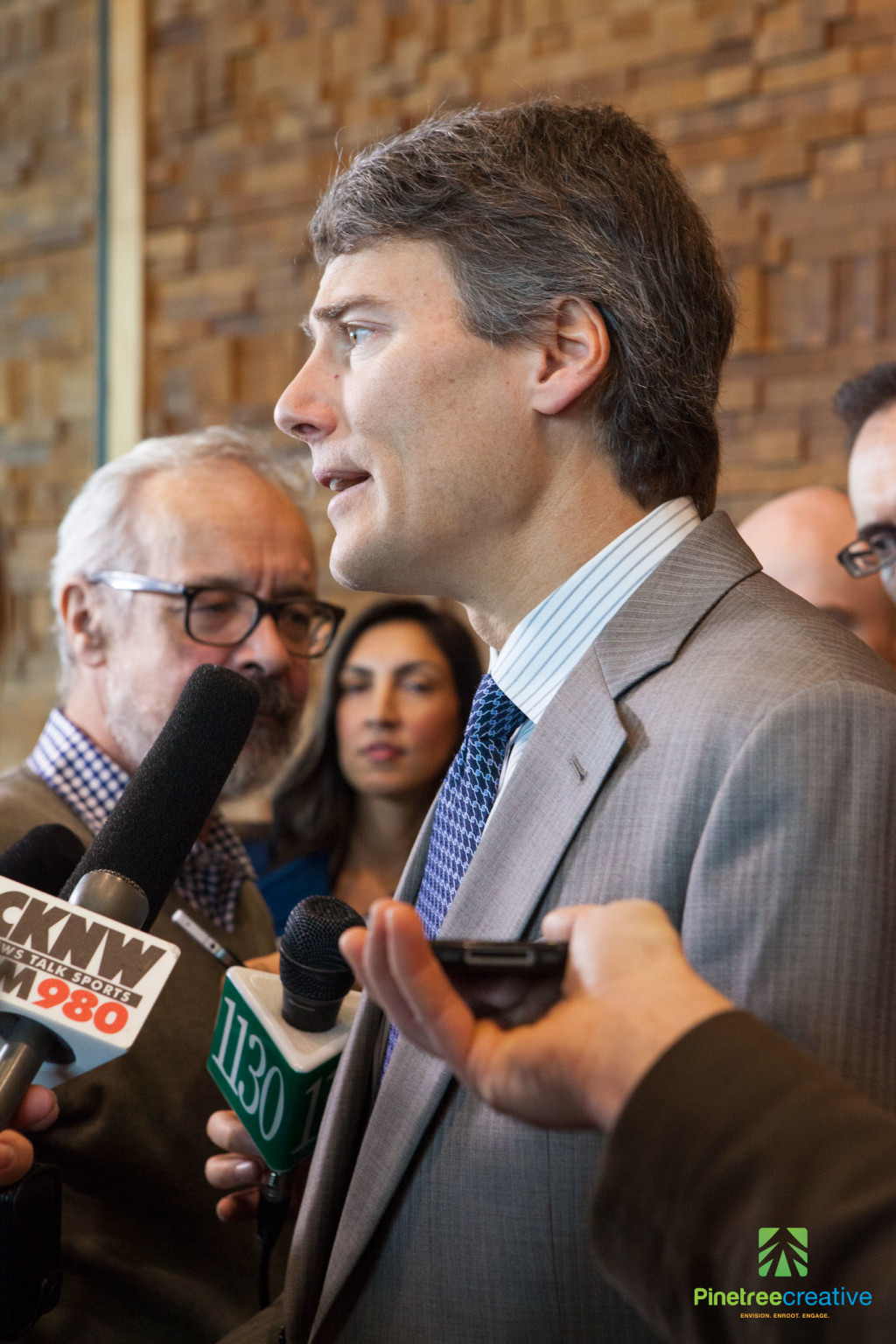 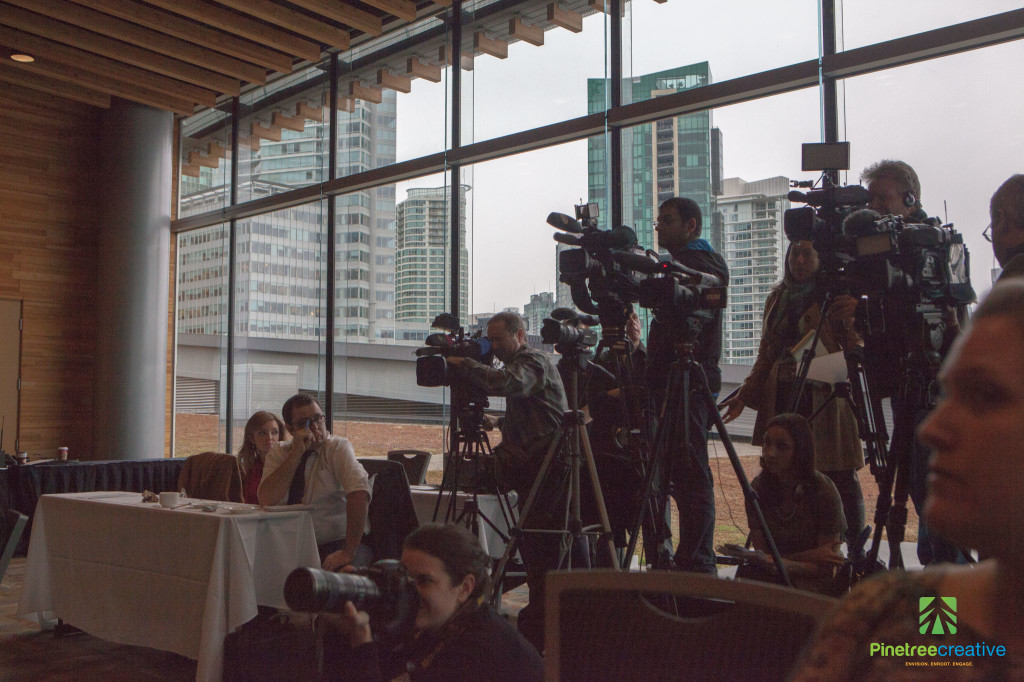