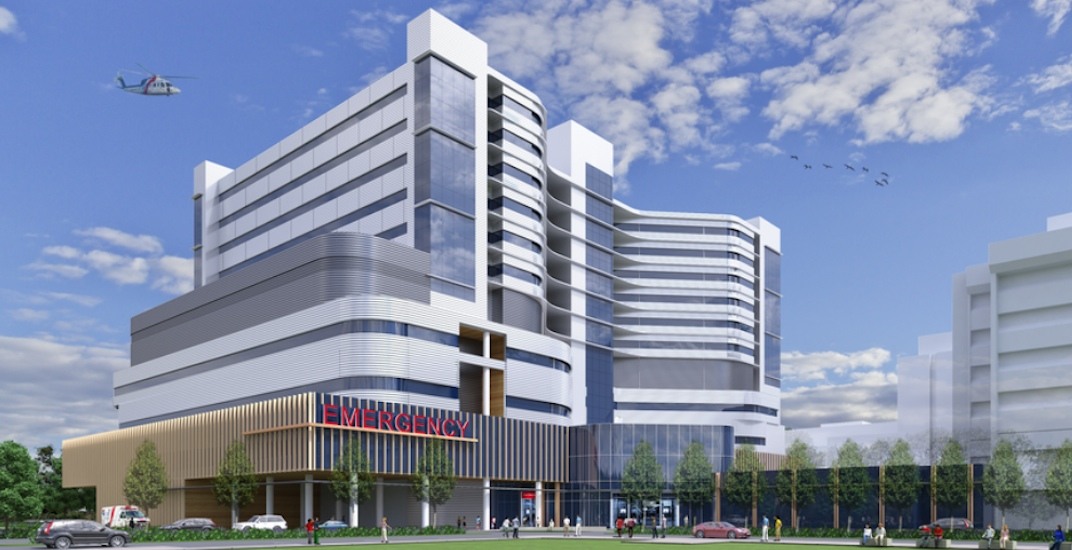 On Saturday, the provincial government reaffirmed plans to provide Royal Columbian Hospital in New Westminster with a new acute tower.

It is the second phase of the massive $1.35-billion, three-phase expansion and renewal of the hospital that was first planned by the previous government under the BC Liberals.

However, the new BC NDP government says it will be a design-build project owned and operated by Fraser Health Authority instead of the previously approved plan of executing the new building as a public-private partnership.

The new acute tower will include 229 new beds, increasing the hospital’s number of beds by 50% to a total of 675 beds – effectively allowing the facility to treat 11,300 more inpatients annually by 2025.

“With more and more people relying on Royal Columbian for the care they need, our job is to make sure this hospital continues to meet that growing demand,” said BC Minister of Health Adrian Dix in a statement.

“The expansion we’re planning will deliver better care across the board, from emergency services to diagnostic services to acute care.”

Construction on the new acute tower is anticipated to begin in 2020 for an opening in 2024. The project will move closer to its groundbreaking this week when a request for qualifications for design and build work is issued. 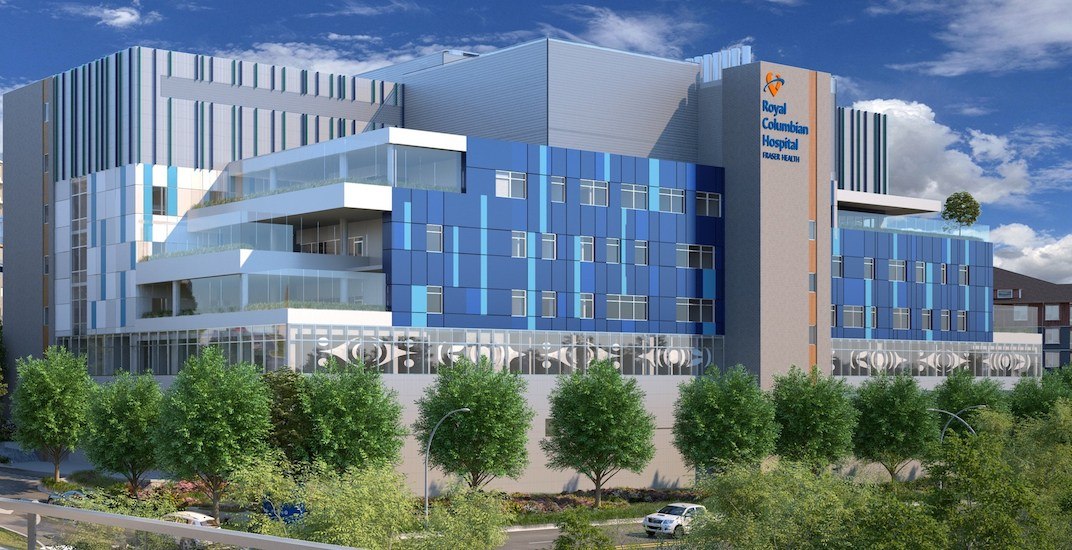 Meanwhile, the first phase entailing a new 393,000-sq-ft Mental Health and Substance Use Wellness Centre is already under construction and scheduled for a 2020 opening.

It replaces and expands the facilities provided by the existing Sherbrooke building, providing new facilities such as 20 beds for an older-adult psychiatric unit for seniors, a 10-bed psychiatric high-acuity unit, 45 beds for acute mental-health inpatient care, clinical teaching space, more outpatient clinics, a new energy centre, and a 450-stall parkade.

The third phase planned for between 2023 and 2026 will expand support service areas such as the laboratory, pharmacy, food services, medical imaging, and an additional MRI. There will also be an expansion of the pediatric unit and neonatal intensive care unit, the conversion of the existing four-bed patient rooms in the Columbia Tower into single or semi-private rooms, and upgrades to the cafeteria, administration offices, and ambulatory care services. 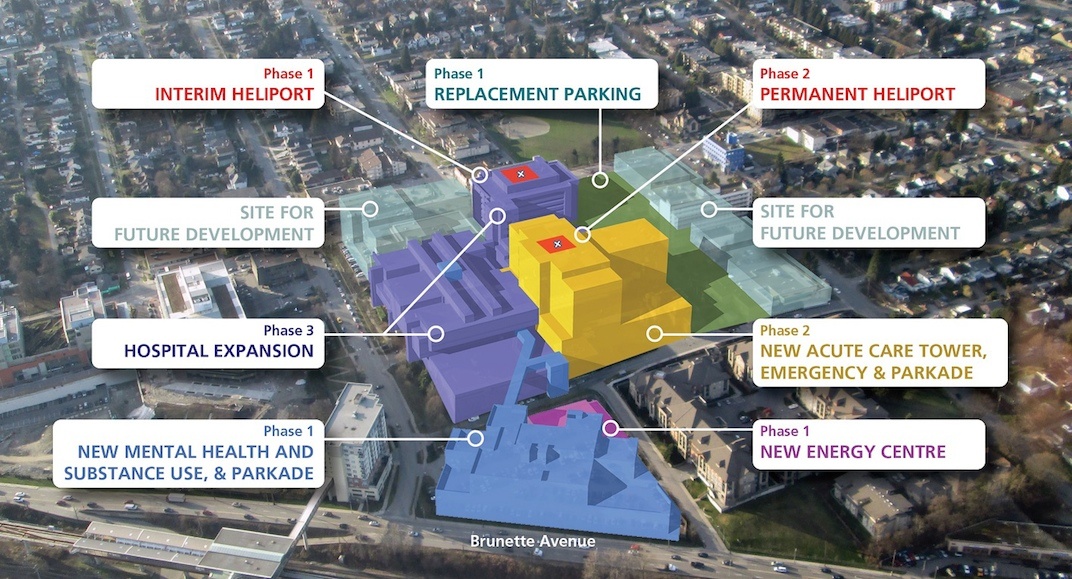 This is the latest hospital project to undergo a major renewal. In fact, most of the region’s major hospital facilities are set for a major renewal or expansion, including the relocation and expansion of St. Paul’s Hospital, a new patient care tower for Richmond Hospital, an expansion and upgrade of Burnaby Hospital, the reopening of Riverview Hospital, and a new acute care building for Lions Gate Hospital in North Vancouver.

There are also plans to build a second new hospital for Surrey.