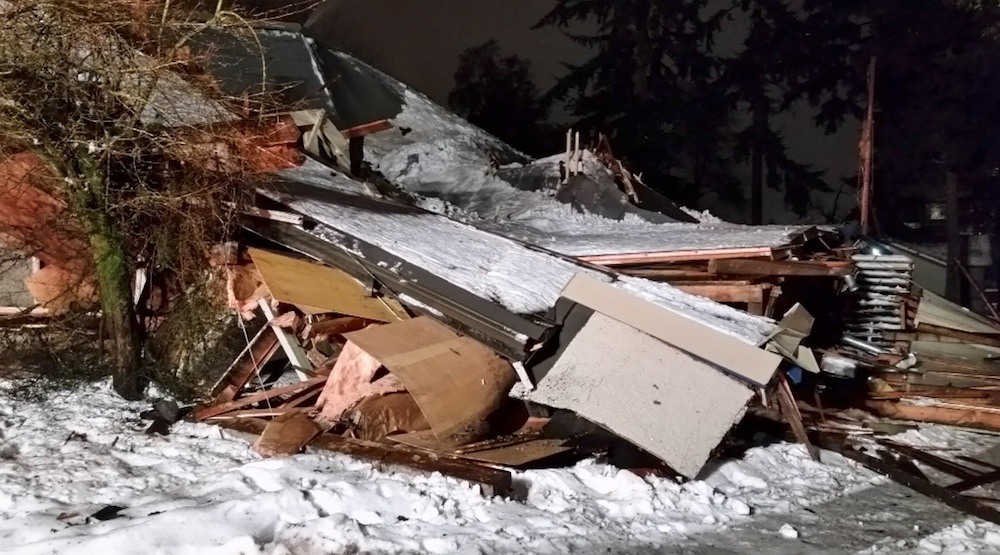 A 78-year-old building in New Westminster is no more, thanks to Monday's snowfall (Mayor Jonathan Cote / Twitter)

A building in New Westminster is no more – a victim of Monday’s heavy snowfall in the region.

The fire department was called and a structural engineer was brought in to help figure out what was going on.

It was determined that the heavy snow that had accumulated on the roof was starting to pose a very real risk to the soundness of the building’s structure.

At that point, Cote said, the building was evacuated and everyone got out safely.

Sure enough, soon after the building had been emptied, the roof collapsed around 9:30 pm.

Some unfortunate news, the Arenex has collapsed because of heavy snow. Thankfully building had been cleared and no injuries. pic.twitter.com/dpjpyo9LU8

And while there were no personal injuries, the loss of the building still hurts.

Cote – who visited the site on Monday evening – said the building had “a lot of history in the community.”

His “initial assessment” though, was that the building is beyond repair.

Thousands of people – including Cote’s own children – used the facility on a regular basis, the mayor added.

It stood in the community for 78 years.