Metro Vancouver’s amorous couples have a new public location to literally seal their passion with padlocks.

Over the past few months, ‘love locks’ have been gradually building up on a chain link fence along the Fraser River at Westminster Pier Park in New Westminster. It is believed to be the largest collection of love locks in the region.

The concept of love locks is believed to have originated in Paris decades ago, and they have since grown to become a phenomenon in cities around the world. However, more recently there have been complaints in some cities that the locks are an unsightly nuisance, and in some cases they even jeopardized public safety.

Last summer, city officials in Paris temporarily closed the Pont des Arts footbridge over the Seine when a railing span collapsed into the river.

Earlier this month, the City of New York said it had removed 450 padlocks – about 75 pounds in weight – from the Brooklyn Bridge’s pedestrian walkway due to safety concerns for the drivers below.

There were also several attempts at building a love lock zone in downtown Vancouver, but both locations were quickly dismantled by City of Vancouver officials.

In early-2013, City crews took a pair of bolt cutters to the cluster of padlocks on the Burrard Bridge. Then last spring, another cluster on a chain link fence along the False Creek seawall near the Plaza of Nations disappeared.

At least one City official opposed their removal: last summer, NPA Vancouver City Councillor George Affleck made public his idea to find a permanent site for the public to place their love locks.

“The love locks in the city have happened organically and spontaneously so I think there’s definitely a desire to have a permanent location in Vancouver,” Affleck told Vancity Buzz in July 2014.

But since announcing the intention, which was not supported by the Vision-dominated City Council, there has been little to no progress on finding such a location.

For now, lovebirds will have to make do with Westminster Pier Park, which features amenities such as 600 metre long waterfront board walk and an artificial sandy beach area.

Access to the park is through the parking lot at the foot of Begbie Street, with the closest SkyTrain station being New Westminster Station. 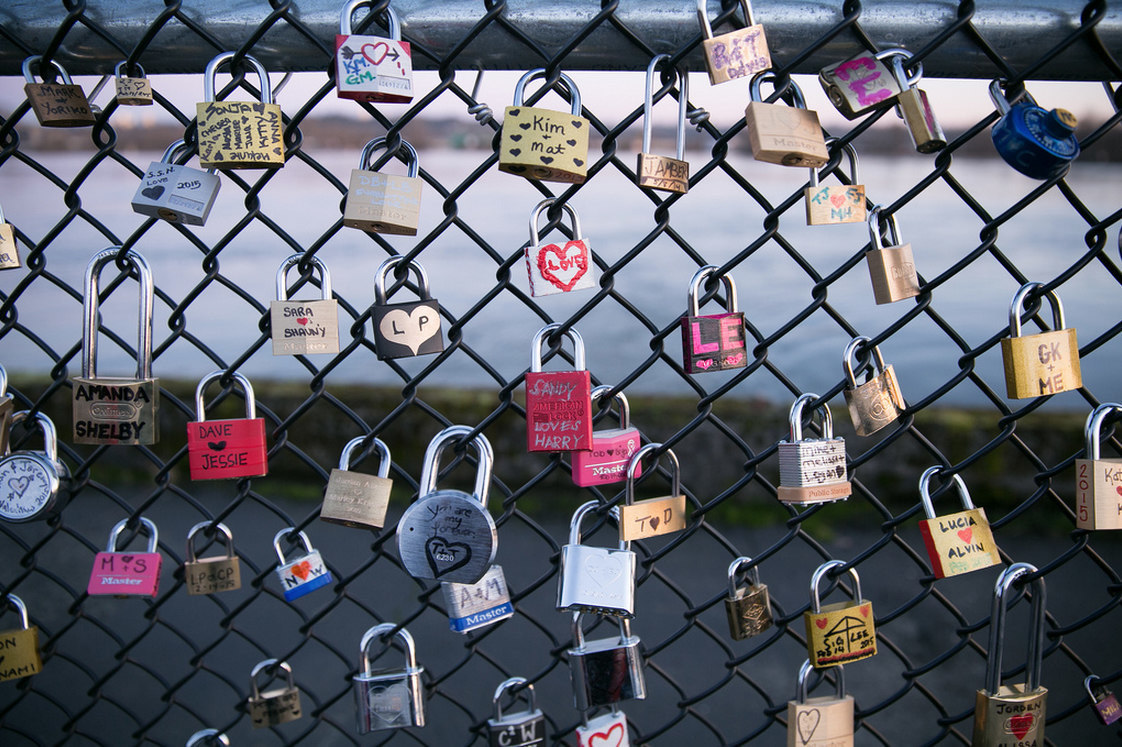 The sandy beach and umbrellas at the waterfront park along the Fraser river in #downtownnewwestminster great revitalization of the old working pier. Great place to relax and watch the world go by. #grantmatticephoto #westminsterpierpark