A large early-morning fire in downtown New Westminster has destroyed businesses and heritage buildings. Over 30 firefighters are currently on the scene continuing to battle the blaze and assess the damage.

The fire started around 4 a.m. at the intersection of Columbia and Mackenzie Streets. It quickly spread taking down a bridal store, Copps Shoes (a family owned business for over three generations) and a Vietnamese restaurant.

Many watched as they saw an entire city block go up in flames and taking with it a lot of history.

There will be no cars or pedestrians allowed in the area as the investigation continues. The exact cause of the fire is still unknown. 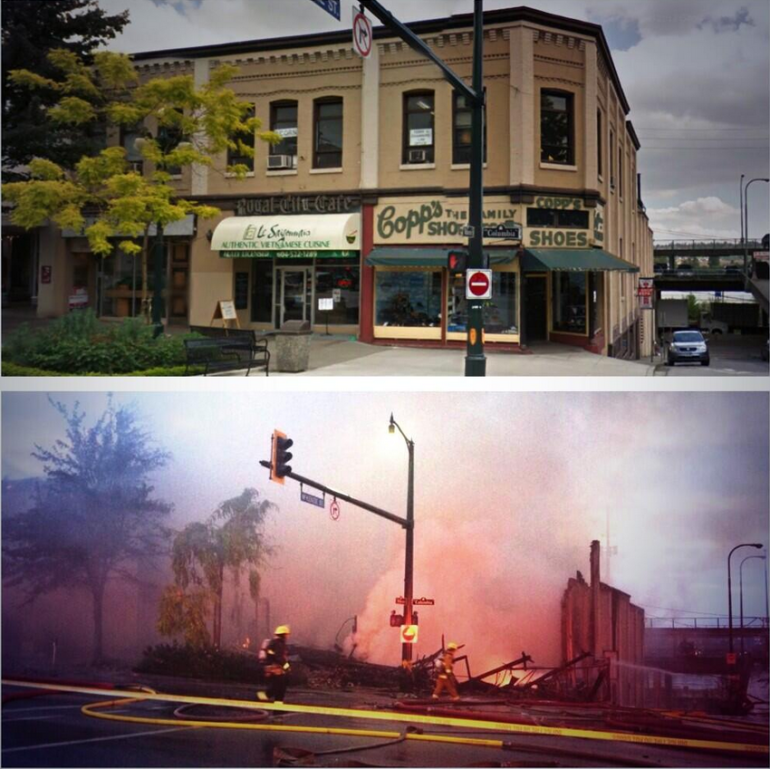 Time to show what the #newwest community is really made of. From the ashes, it will only grow stronger. #newwestfire pic.twitter.com/TIho2eScbE