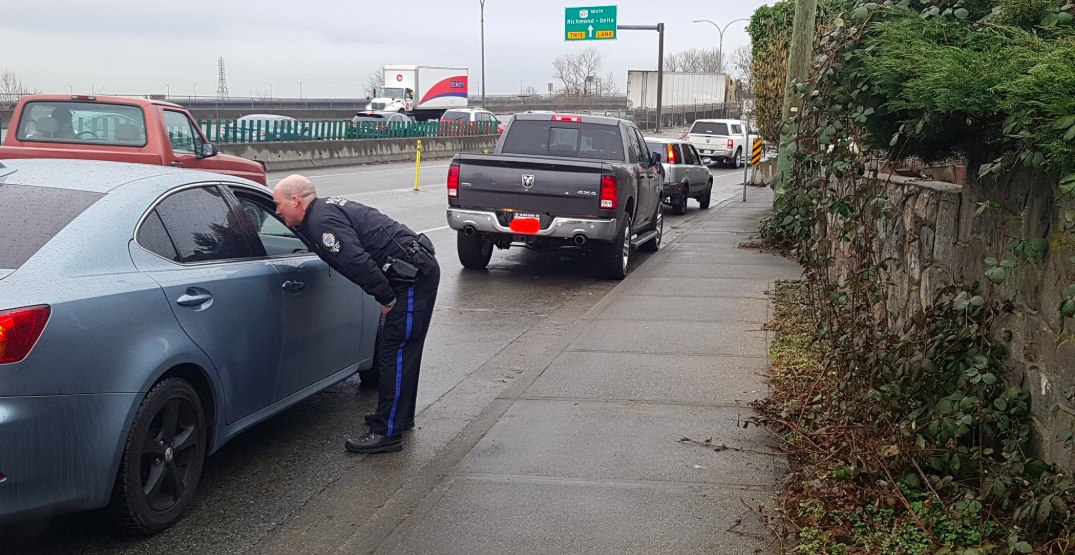 As police continue to drive home the message that distracted driving is not only unsafe, but also illegal, it seems one driver in New Westminster had a bit of trouble getting the message.

On Thursday the New West Police Department’s (NWPD) traffic unit tweeted that a driver was pulled over and given a distracted driving ticket, and a $368 fine.

Not content with just one though apparently, the driver then drove approximately 100 ft. before stopping at an intersection red light.

The same officer who had issued the previous ticket, then pulled up beside the driver only to see them with their “phone in hand, plugging it in.”

The driver was then issued another ticket, another $368 fine and an eight-point deduction.

Under the Motor Vehicle Act, the fine for a single distracted driving violation ticket is $368, along with four penalty points that will be applied a driver’s record.

These points will also result in a driver paying a further $175 ICBC Driver Penalty Point premium, for a total of $543 for a first infraction.

Drivers who get two or more distracted driving convictions in a three-year period are charged a Driver Risk Premium (DRP), which is billed annually and is separate from any insurance premiums.