Bacon has long been one of the hippest edibles and a few years ago it went mainstream. It’s now found in everything from donuts to ice cream. Then came the great pork belly craze of 2012 and sandwiches haven’t been the same since. Well, allow me to introduce you to the hottest food trend in 2013: duck fat!

Not only am I here to tell you that duck fat is so hot right now, but I’ll also tell you where you can try some of Vancouver’s best. It’s a food cart of course and it goes by the no-nonsense name of Fat Duck Mobile Eatery.

Fat Duck Mobile Eatery has been open for less than two months but they are already serving one of my favourite food cart meals. It’s a duck confit sandwich done up Philly-style, with heaps of marinated mushrooms, pickled red onion, Swiss cheese and parmesan/truffle mayo. For those wondering, duck confit is French for “super awesome way to cook a duck leg in its own fat” and it is one of the most delicious things a human can eat. Seriously. If you have never had duck before, let alone duck confit, head on over to Fat Duck Mobile Eatery and get quackin’. 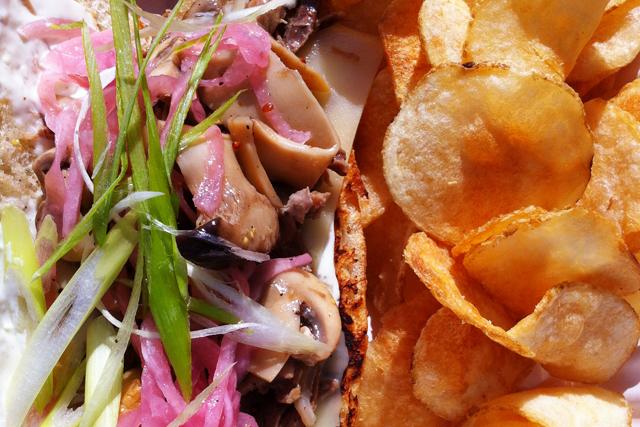 While the food cart is named after their most popular dish, this cart is more than just a load of duck fat. The other two sandwiches on their menu are equally tasty, especially the pork belly with an avocado/cucumber relish and chipotle mayo. It is a worthy alternative if you don’t feel like duck cooked in more duck and since it’s pork belly you can still brag to your family and friends about the adventurous lunch you just ate at a food cart.

The third sandwich is called the “Cheeky” and features braised beef cheeks with a hoisin glaze, pickled daikon and carrots all topped with cilantro. It’s the ultimate Vietnamese sub. All of the Fat Duck Mobile Eatery sandwiches are $10 and come with both a pop and a heaping serving of their homemade potato chips. Throw the dudes an extra $1 and you can replace the boring can of soda with an exciting and refreshing watermelon spritzer. It will probably be the best $1 you’ll spend that day. 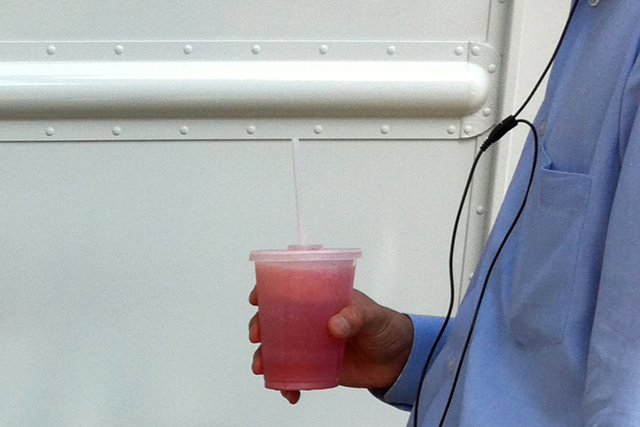 It is cash only, so bring some crisp bills along with your appetite.

Location: 600 block of Hamilton Street (between Dunsmuir & Georgia), across from the Queen Elizabeth Theatre