This is definitely a design that turns heads and initiates questions. A stack of irregularly shaped wooden boxes, resembling a contemporary pagoda with open and public spaces, has been unveiled as the design for the new Vancouver Art Gallery building at Larwill Park in downtown Vancouver.

The 230-foot-tall, seven-floor building designed by Swiss firm Herzog & de Meuron is an art sculpture on its own given the striking elements that provide an immense contrast with all existing built forms in the city.

Following an international competition, Herzog & de Meuron was selected in April 2014 for its vast experience with designing world renown museums, including London’s Tate Modern, Miami’s Perez Art Museum and Basel’s Schaulager. It was also behind the design for Beijing’s Bird Nest Stadium.

“The architects have worked closely with the Gallery to conceive an elegant, accessible building that puts art and our community first, and we are thrilled with the result,” said Kathleen Bartels, Director of the Vancouver Art Gallery, in a statement.

“Over the past 15 years, our collection has grown by more than 250 percent, attendance has increased 350 percent and membership has increased by 300 percent. The conceptual design for the downtown building responds brilliantly and efficiently to the changing needs of our institution and our community.”

The project has a total floor area of 310,000 square feet, including 85,000 square feet of exhibition space – more than twice the existing space found at the old Robson Square courthouse building.

The building will be built on stilts ‘suspended’ over a massive 40,000-square-foot open public courtyard and lobby with a sunken garden that is accessible from all sides of the city block. The bulk of the structure is located on the upper levels to allow light and air to flow into the courtyard.

From the lobby, escalators lead to the second and third levels where there will be exhibition spaces and a 350-seat auditorium. More exhibition space is located on the fifth, sixth and seventh levels while a restaurant will occupy the fourth floor.

The lower half will be enclosed by floor to ceiling glass windows and several several upper floors will feature vast outdoor terraces.

“The low-rise wooden building along the street is inspired by how the streets in Vancouver were built in earlier times,” said Jacques Herzog. “The modest, almost domestic scale will enhance the character of openness and visibility for everyone.”

The City of Vancouver previously indicated it would explore the possibility of closing Cambie Street between West Georgia and Dunsmuir streets to traffic and turning the area into an open plaza space. This is also indicated in the provided artistic renderings, which hint the incorporation of the adjacent Queen Elizabeth Theatre plaza into the Art Gallery’s public realm.

The project is expected to cost $350 million, which is $50 million more than what was previously announced to cover the anticipated increase in building operating costs. To date, just $73 million has been raised for the project, including $50 million from the provincial government – a promise made during Gordon Campbell’s premiership – and $23 million from other sources.

Despite the funding challenges, the Art Gallery still hopes to commence construction in 2017 for a possible completion in 2021.

The proposed development site is adjacent to the Queen Elizabeth Theatre and owned by the City of Vancouver. The Art Gallery has been granted land to occupy the southernmost two-thirds of the 2.7-acre city block while the northernmost section of the block is designated for office towers.

The city block, currently used as a pay parking lot, was transformed into a Live Site during the 2010 Olympic Winter Games and 2015 FIFA Women’s World Cup.

The redevelopment of both the old Canada Post office building and the construction of the new Art Gallery at Larwill Park will be a major catalyst for the Central Business District’s eastward expansion.

“A new, innovative, and expanded Vancouver Art Gallery represents a truly historic opportunity to support our booming creative city and to keep elevating how we showcase the world-renowned local artists who call Vancouver and BC their home,” said Vancouver Mayor Gregor Robertson.

“This inspiring design represents another crucial step forward in our work together to see a new Vancouver Art Gallery built that reflects the full diversity, vibrancy and creativity of this city, and makes a landmark contribution to the rich cultural character of downtown Vancouver.” 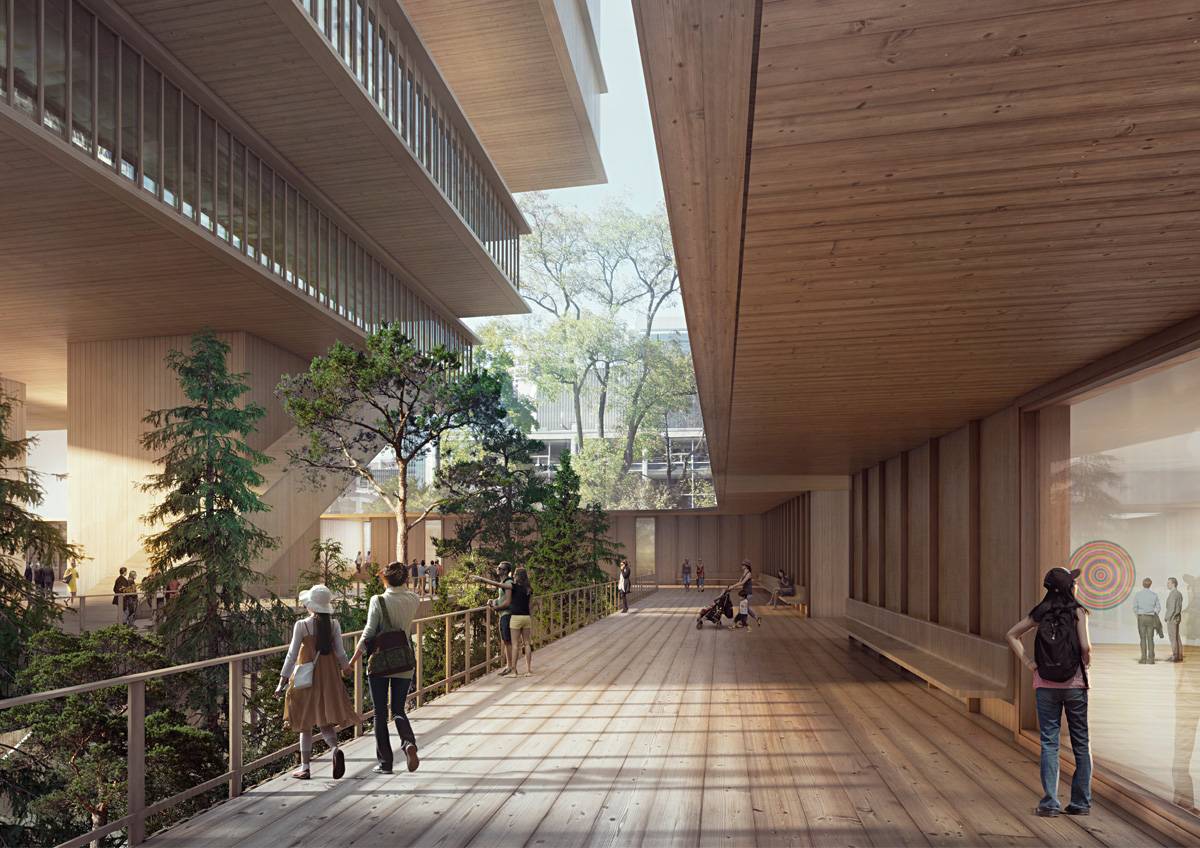 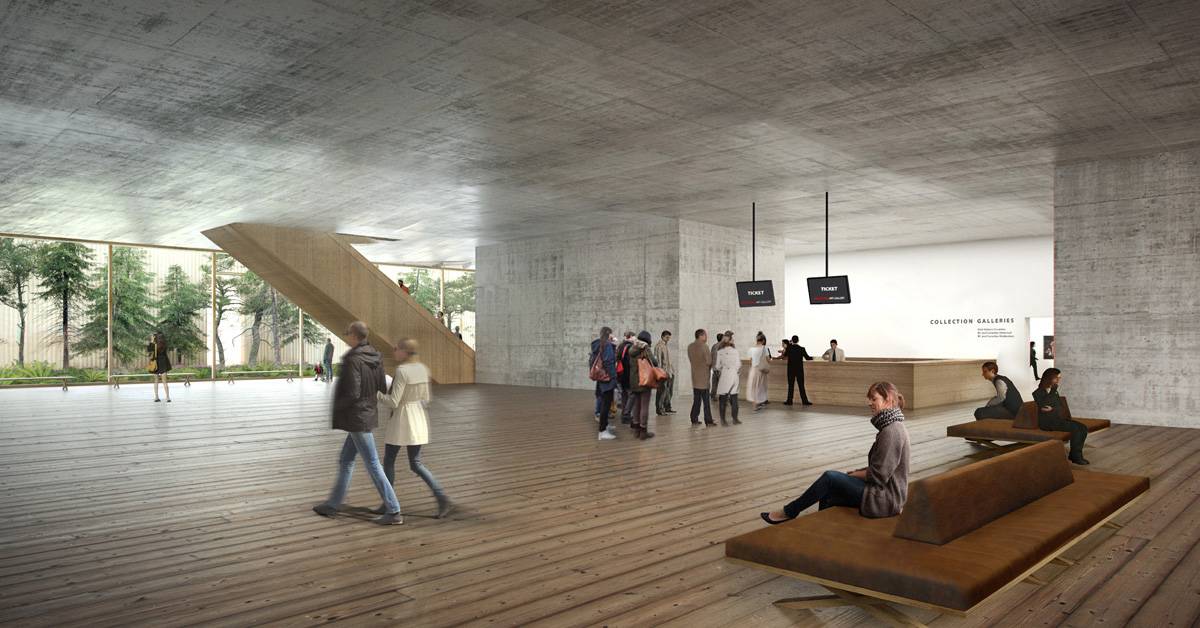 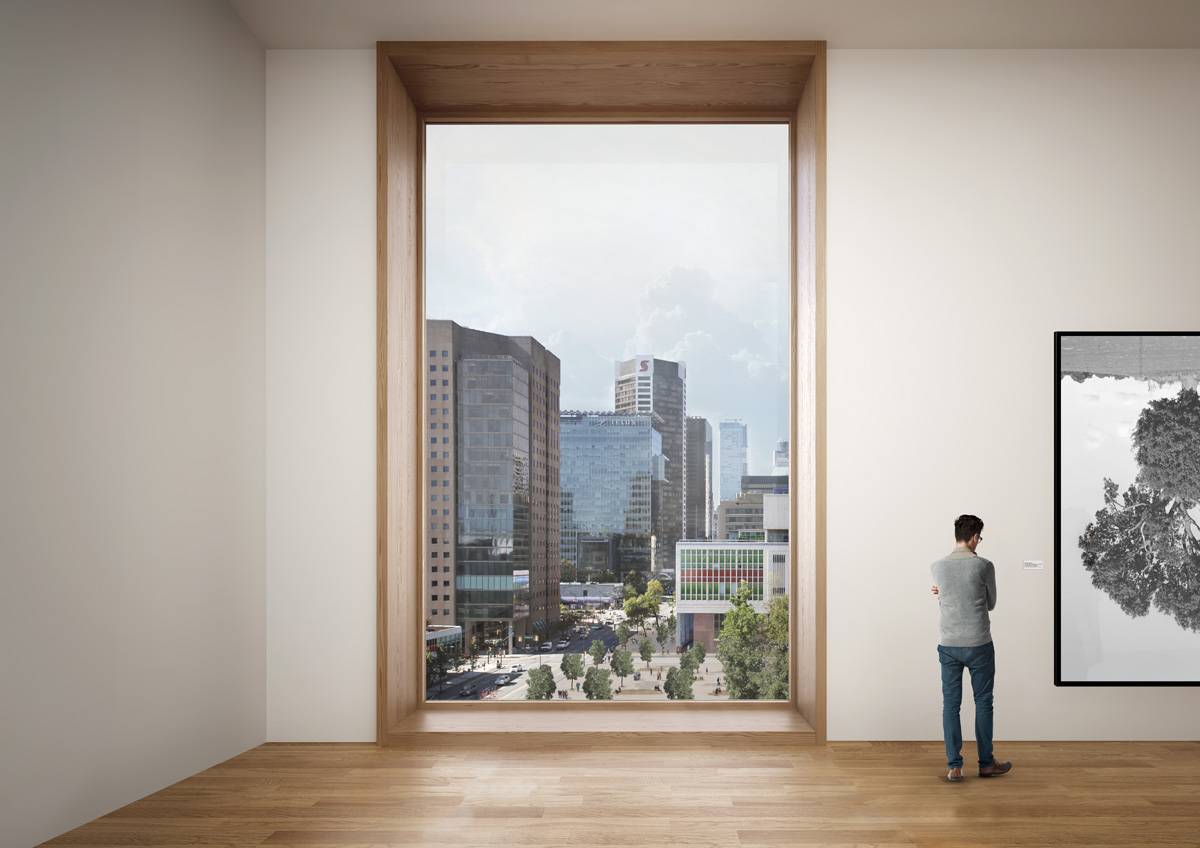 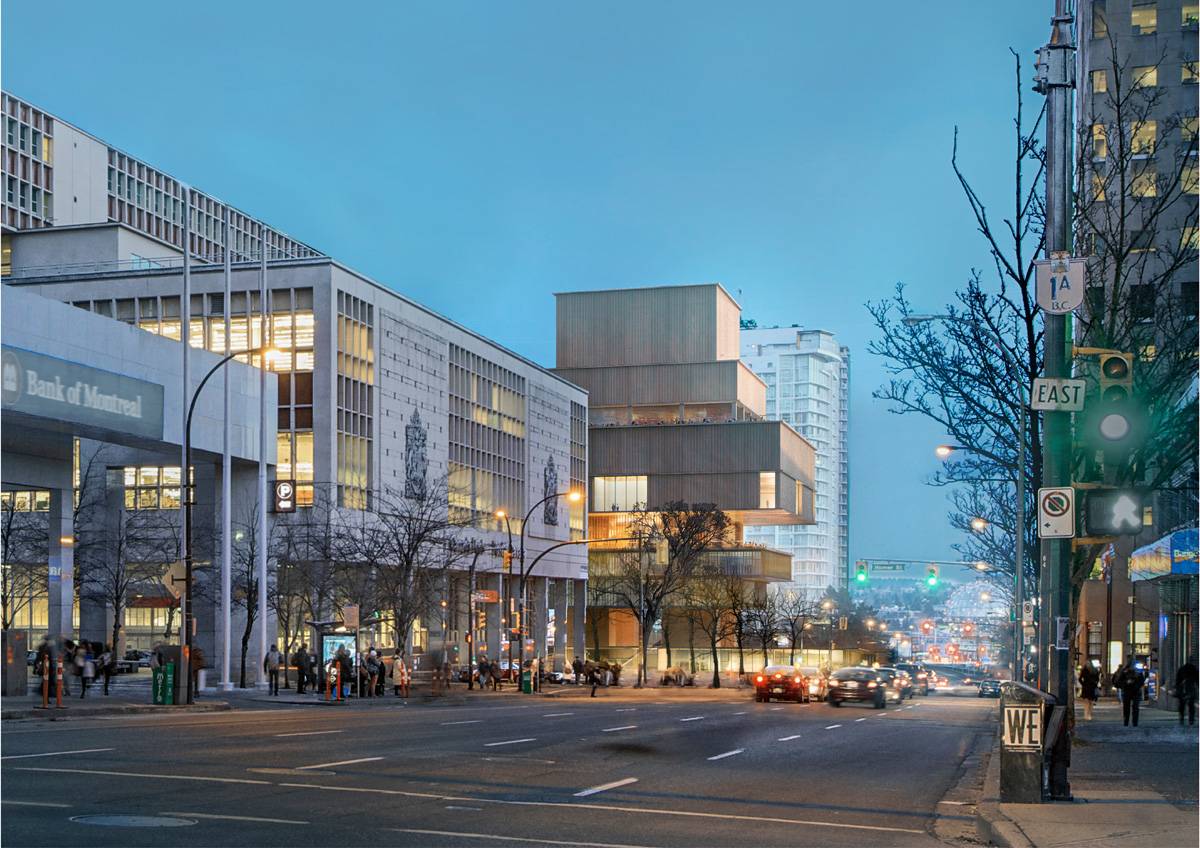 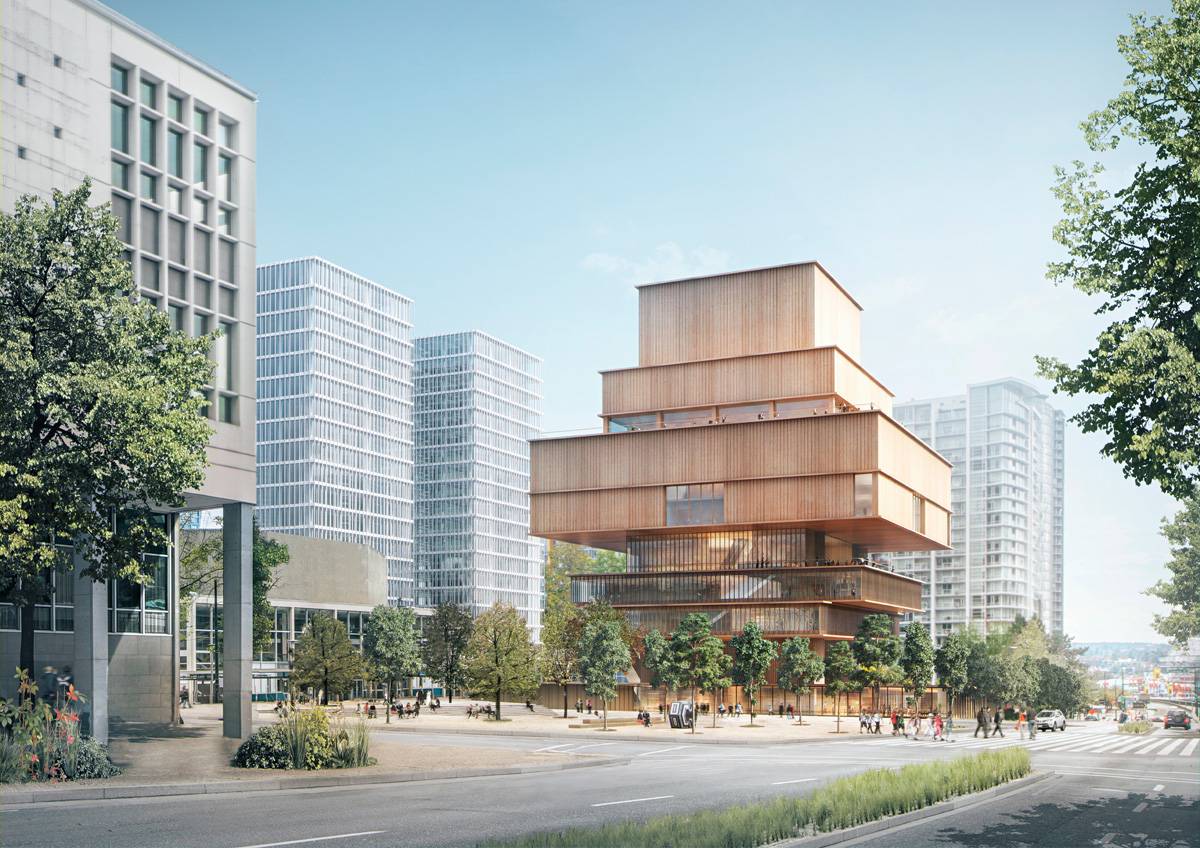