The City of Surrey will be moving its City Hall to a new “architectural landmark” building in the city’s “emerging downtown core.”

The official opening of the new Surrey City Hall is scheduled for February 17, 2014. The $97-million, 180,000 square foot building in Whalley follows on the city’s ambitions to create a dense, commercial area and community focal point. It also promises to bring service improvements to residents and businesses, including a new, streamlined one-stop kiosk for city services.

The new building is located adjacent to SkyTrain and will be accompanied by Central City, SFU Surrey, the recently completed public library, a future performing arts centre and outdoor plaza, and 3 Civic Plaza tower.

At 160 metres, 3 Civic Plaza will be Surrey’s tallest building and will give the city its first renowned hotel chain – the Autograph Collection by Marriott International. The tower is mixed-use and will also contain office space and market residential units. It is the largest undertaking by the Surrey City Development Corporation, a City of Surrey owned and operated company that takes on development around the city as a means of spurring economic growth.

With a LEED Gold certification, the new City Hall will be built with the highest environmental construction standards. A district energy system will also heat and cool the new City Hall, public library and 3 Civic Plaza. 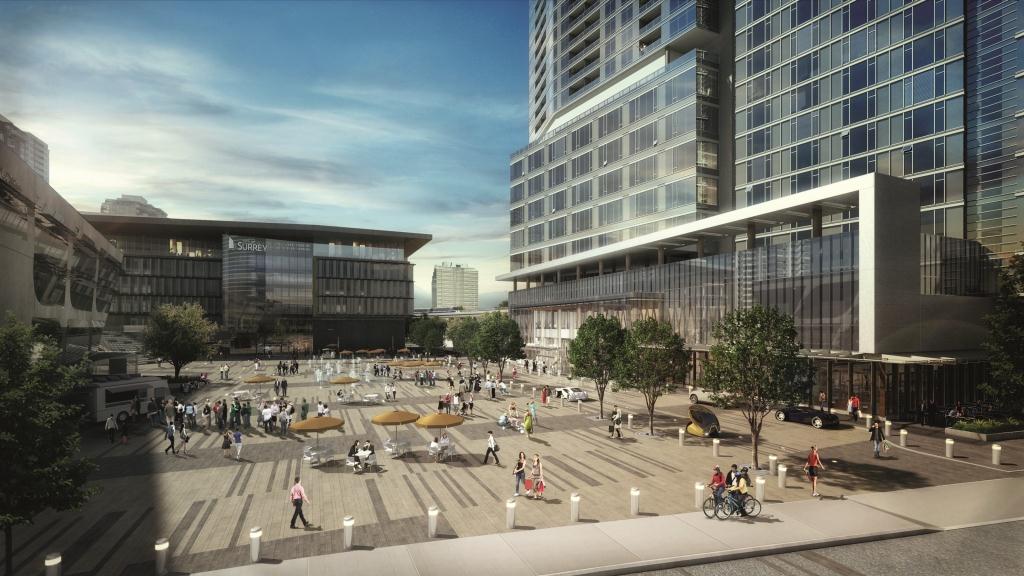 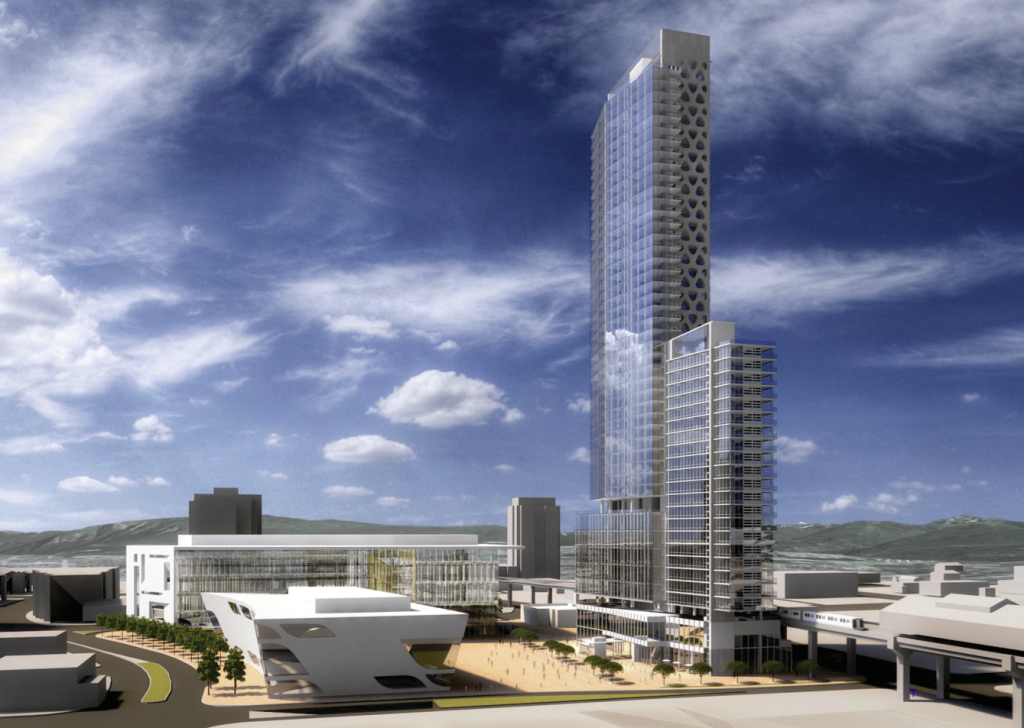