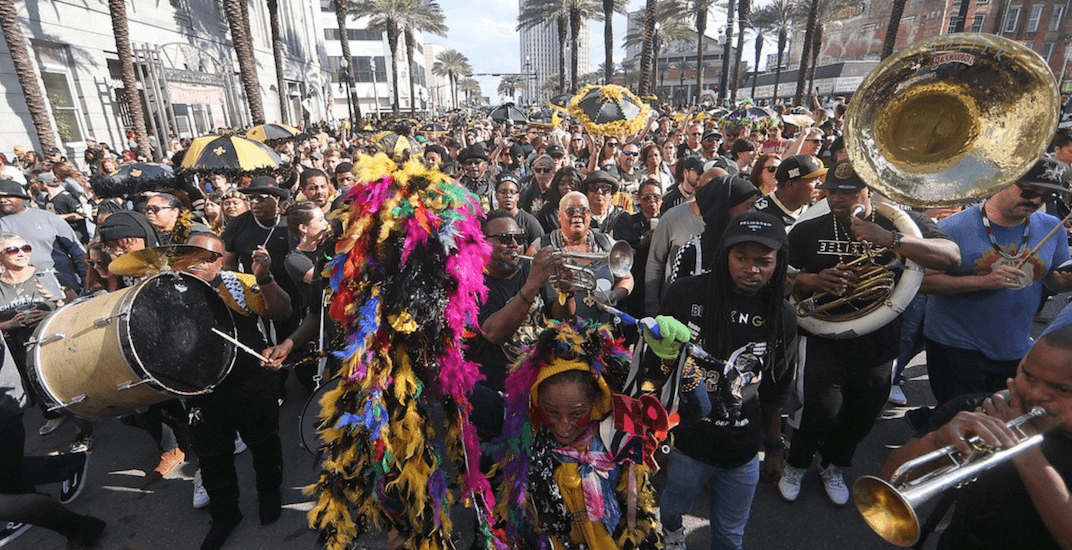 Football fans in New Orleans were following that advice on Sunday, throwing the first-ever “Boycott Bowl.”

Still bitter about the Saints’ NFC Championship loss two weeks ago due to a missed penalty call by the referees, New Orleans stayed away from the Super Bowl in record numbers.

Bars refused to put the most watched sporting event of the year on television, opting instead to play Super Bowl XLIV from 2010, which the Saints won.

While the rest of us were watching the most boring Super Bowl game of all-time, fans decked out in Saints gear filled the streets of New Orleans for a Mardi Gras-style celebration.

It began with a parade through the French Quarter, wrapping up with free street concerts.

Meanwhile in New Orleans… Now this is a protest. They’re marching down the street singing “we got robbed” 🎥: @nolanews #dailyhivesports

Before you ask….we’re having a GOOD time down here ⚜️👏 pic.twitter.com/tNiLFa5r3H

WHO DAT NATION, this is how we do Super Sunday! (Photos by Michael DeMocker, https://t.co/UKrKZyBsHr | The Times-Picayune) #saints #whodat #nola #whodatnation #sundayfunday pic.twitter.com/W8vyEOil8F

Performing at the Boycott Bowl in New Orleans. I changed some of the words to "When The Saints Go Marching In". – Fred#cowboymouth #boycottbowl #saints #whodat pic.twitter.com/MuSGDcjy5b

This day will definitely go down in the history books 📖 🙌🏾 #BoycottBowl pic.twitter.com/AhS95hrr2O