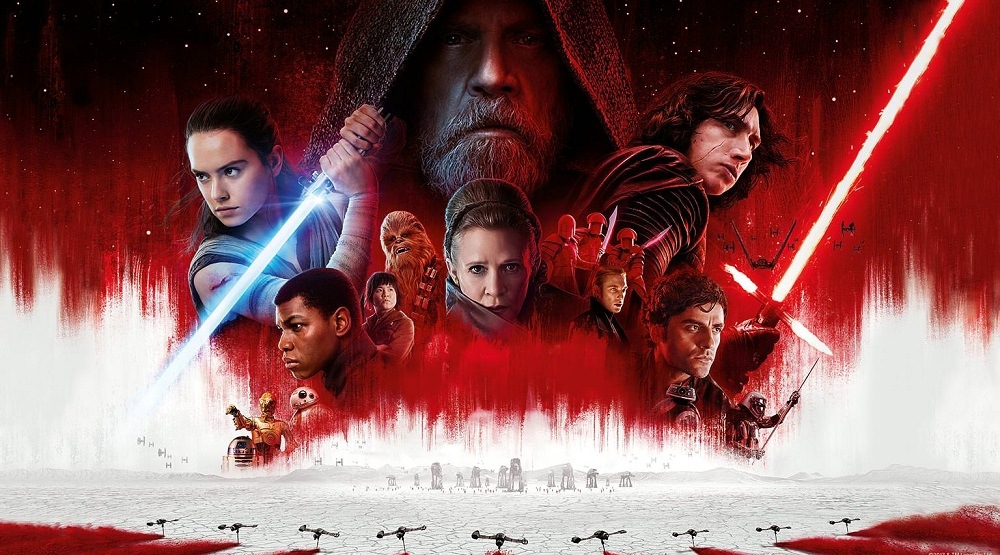 December is upon us and Oscar season is in full swing. But if prestige pictures aren’t your thing, fear not! There is plenty to choose from coming to theatres this month.

Leading the pack, writer-director Lowell Dean follows up his 2014 Canadian horror-comedy cult hit WolfCop with a wacky sequel. The wait is finally over (again) for Star Wars fans as The Last Jedi hit theatres mid-month. Others to watch for: The Franco brothers tackle the story of making one of the worst movies of all time, veteran filmmaker Woody Allen is back with another domestic drama, and we get a Jumanji sequel starring Dwayne Johnson.

Awards buzz percolates with Guillermo del Toro’s The Shape of Water and the lushly romantic Call Me by Your Name.

For a glimpse at these and other titles, check out our list of new movies heading to theatres in December.

The Franco brothers conjure up a delightful biographical comedy aimed squarely at what’s widely regarded as the worst film of all time. James Franco produces, directs, and stars in this hilarious true saga which details the cinematic debacle that is The Room.

The wait is over for Star Wars fans. Writer-director Rian Johnson (Looper) finally unleashes The Last Jedi onto the world and you can expect a box office behemoth. Picking up after the events of 2015’s The Force Awakens, Rey (Daisy Ridley) joins forces with Luke Skywalker (Mark Hamill) along with Princess Leia (Carrie Fisher), Finn (John Boyega), and Poe Dameron (Oscar Isaac) to unlock the mysteries of the Force and some secrets of the past.

Many questions still abound: Will Rey turn to the Dark Side? Will Carrie Fisher get a fitting send-off? And just how many adorable plush Porgs should I buy?

Call Me by Your Name

The film is based on the 2007 novel of the same name and is actually considered the third and final installment in director Luca Guadagnino’s ‘Desire trilogy’, following I Am Love and 2015’s A Bigger Splash.

Jumanji: Welcome to the Jungle

Audiences weren’t exactly clamouring for a follow-up to the late, great Robin Williams’ comedy adventure from 1995 but such is Hollywood life. Considered a direct sequel, Jumanji: Welcome to the Jungle stars Dwayne Johnson, Jack Black, Kevin Hart, and Karen Gillan.

Four teenagers discover an old video game console and are literally transported into the game’s jungle setting and they become the adult avatars they have chosen to play with. The flick features Nick Jonas as a mysterious guide, with Bobby Cannavale portraying the villain.

It’s time to bust out the show tunes for this biographical musical drama about the circus. Hugh Jackman plays P.T. Barnum, the founder of the circus that became the famous traveling Ringling Bros. and Barnum & Bailey Circus. Watch for plenty of bombastic scenery-chewing from co-stars Zac Efron, Michelle Williams, and Zendaya.

The movie, according to Jackman, took seven years to develop and the numerous tunes featured were written by Pasek and Paul, the American songwriting duo known for La La Land and the Tony award-winning Broadway smash Dear Evan Hansen.

The Bellas are back! In this third and final installment in the wildly popular series, that made a cappella cool again, the vocal group find themselves splitting apart and struggling to find work.

They get a chance to reunite for an overseas USO tour and find a way to come together once again. The returning cast includes Anna Kendrick, Rebel Wilson, Hailee Steinfeld, Brittany Snow, Alexis Knapp, Hana Mae Lee, and Anna Camp.

Matt Damon leads this social satire that combines comedy and science-fiction. In an effort to crack down on over-population, Norwegian scientists discover how to shrink humans and propose a 200-year global transition from big to small; there’s just one catch: the procedure is irreversible.

Acclaimed screenwriter Aaron Sorkin (The West Wing, The Social Network) makes his directorial debut with this crime drama based on a true story. Jessica Chastain plays Molly Bloom, an Olympic-class skier who ran the world’s most exclusive high-stakes poker game and was subsequently targeted by the FBI.

The movie was adapted from Bloom’s own memoir about the infamous ordeal and also stars Idris Elba, Kevin Costner, and Michael Cera.